Why Crazy Needs To Be Shouted Down

NOTE:  This is a posting I started some time ago and only finished today.  It seems timely.
. 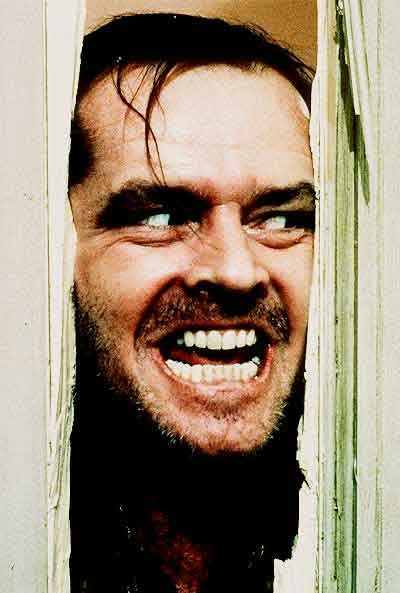 Being "nice" to crazy people only encourages them.


Insanity seems to be the new norm these days.  People seem to be losing their minds on a regular basis, whether quietly at home, surrounded by piles of hoarded junk, or loudly in the evening news, going on a shooting rampage to show their ex-girlfriend what for (That will surely change her mind about leaving you and prove that you were not a whacko, right?).   Crazy seems to be a popular sport.

Again, I think this is because our various media - the television, cable, Internet, social media - presents a distorted view of reality, which causes most Americans to have cogitative dissonance.  A media "personality" argues, in a child-custody hearing, that his over-the-top crazy persona is just a mere act - "performance art" he says.  Meanwhile, some guy is in jail for shooting up a pizza parlor based on the "performance art" of the media personality.   We set off these tin soldiers, wind them up, and watch them go.

Sadly, most of us don't like confrontation.  We are trained from birth to "be nice" to others.  And today, we bend over backwards to defend the "free speech rights" of idiots, and think that calling them out on their idiocy is bad form.   Be nice.  Shut up.  Let the man speak.  Your opinion doesn't matter - the guy with the loudest megaphone wins.

Maybe it is time we tried a different tactic.

Maybe it is time we collectively called "bullshit!" to flat-earthers, 9/11 truthers, anti-vaxxers, holocaust deniers, and other conspiracy theory idiots and "fake news" bullshit artists.  We need to call a spade a spade here (and no, that is not racist, it has to do with shovels or cards).  Yes, we need to call out idiocy on the Left or the Right - fake news or political correctness, it all needs to go away.  Stop hoarding this junk!

Some folks say, "Well, be nice, everyone is entitled to their opinion!"   But for some reason, some people are more entitled than others.  Some folks are allowed to protest and make demands - which are often catered to - when they represent a minority view or even an extreme view.   The rest of us are too busy actually doing things to get involved.   Our opinions are never heard.

Crazy is just bad, period.   And we see it more and more these days.  Communists - yes communists - are celebrating "May Day" today by burning police cars and rioting.   Well, that will get their point across, to be sure!   Actually, no.  It is just a bunch of thugs having "fun" by breaking things, which is all they want to do.  Any idiot can smash things, it takes talent to create.   And crazy never creates anything, all it does is try to stop things.

Communism is a dead-end.  It needs to be shouted down.   We already had this discussion, for nearly a century, and it was shown than communism fails wherever it is attempted.   Any seventh-grader can see the flaw in it - the idea that people can "share the wealth" just will never work.

Jokes about Communism aren't funny,
unless everyone gets them.

Crazy isn't funny.   Crazy is what starts world wars - when enough people in one country start to believe that Nazism or Communism or Jihad are practical solutions to the world's problems, well, all hell breaks loose.   And in every cases, these are easy answers to complex problems which are always the wrong answers.   It takes years of war and devastation before people realize, that "gee, that one-size-fits-all political philosophy not only didn't work, it nearly destroyed the world!"