The Bag Tax - Does it Really Alter Behavior? 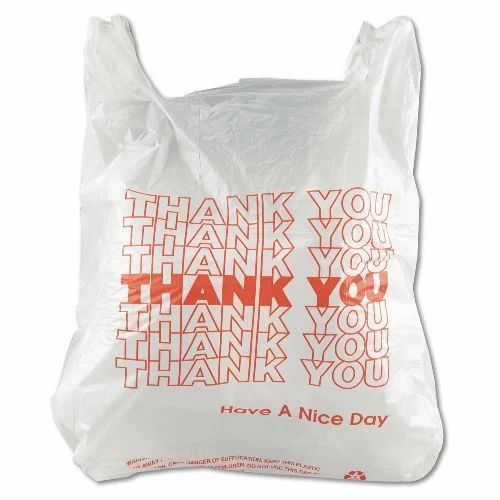 Will charging five or ten cents for plastic bags save the whales?  Perhaps not.

In British Columbia, we were charged five cents a bag for plastic grocery bags.  The idea behind this law is that it will encourage people to use "reusable" bags (or carry their groceries in their arms) and thus save the oceans from yet more plastic.   California has an even more severe law - ten cents a bag, and the bags must be "reusable" at least ten times.   The net result seems to be that we finally get decent heavy-duty plastic bags for a change, instead of these flimsy thin plastic deals.   But in both cases, however, I didn't see my personal behavior changing one iota.

Simply stated, when buying $150 of groceries - which isn't hard to do these days - spending an additional fifty cents on bags doesn't seem like that big a deal.  It is like deposit laws.  When we travel from State to State, we don't really take notice of the cost of deposit on cans or whatever, and carefully catalog the containers and return them to the store for a refund.   Even when we lived in New York, we found it to be a useless waste of time - you keep stinky, smelly used beer cans in your garage for a month or two, and then cash them in for a whopping $5.50 later on.  That was worth it, wasn't it?

Or was it just a big hassle over nothing?

The idea behind the "bag ban" is that plastics are filling the oceans - causing a "garbage patch" and getting ground up and into the food chain.  Chunks of plastic are in the flesh of fish!  And maybe in our own flesh as well!  This may be the case, but I am not sure how the grocery bag enters into this more than any other source of plastic.  I throw my bags in the trash, where they end up in a landfill.  I am not sure how so many bags end up in the ocean this way.

But of course, they do.  We are camping on a cliff in Malibu, enjoying the dry Santa Ana winds and hoping the whole place doesn't go up in flames.   You can see the ocean below and feel the crashing of the surf right through the ground under your feet.   And on occasion, I have seen a plastic grocery bag, looking like a giant jellyfish, slowly make its way out to sea, after getting away from some beach-goer or camper.  But again, this is in a State where we have a "bag tax" and such things are not supposed to happen!   Yet, happen they do.  Short of an outright ban on bags, (please, no!) I am not sure charging five or ten cents for bag - or for deposit bottles - is going to make much of a difference.

UPDATE:  In addition to discarded fishing gear, the vast majority of trash in the oceans has been traced to Asia and India, where throwing things away is a national pastime.   American trash is usually carefully disposed of in landfills.  Little of it ends up on the ocean.  It is good we are socially conscious of this, but like with global warming, we need to address the real polluters (e.g., China) and not just castigate ourselves.   Until the "whales" in the polluting world cut back, we cannot save the whales.

And a lot of ink has been spilled about soda straws.   And again, here in politically correct California, I was somewhat surprised to go to a restaurant and be offered plastic soda straws with our waters - without being asked (even though a sign on the wait station clearly says "soda straws only on request!).   And yes, I picked up a plastic soda straw at our campsite - discarded by another camper.  I never understood America's fascination with straws - they sort of suck the fun out (pardon the pun) of drinking just about anything, other than things you probably shouldn't drink anyway, like big gulps and frozen slurpees.

But as it turns out, plastic garbage bags and soda straws are not the largest source of marine plastic trash - or at least not as much as postulated by the anti-bag folks.   And there are anti-bag folks out there, too - they have detested disposable plastic bags for years, and these "bag bans" and bag taxes have been on their agenda for a long time.   It turns out that a lot of the plastic trash in the "Great Pacific Garbage Patch" isn't from you tossing grocery bags in the ocean (which you do, a lot, right?) but from discarded fishing gear - nets and things that end up in the water when they are caught on underwater obstructions or whatever.   Unlike old-fashioned nets made from hemp rope, the new modern plastic netting never disintegrates - or takes a long time to do so - and when it does, it makes small chunks of plastic, rather than decomposing into nothing.

So these "bag taxes" - which is really all they are - will not change the composition of the garbage patch in the ocean very much.  In fact, they likely won't change much, in terms of behaviors of consumers, other than to perhaps nudge a few people already inclined to use re-usable bags, to remember to bring them next time.   But I suspect a vast majority will simply pay for the bags and move on with life - at least based on what I am seeing in the grocery stores.

But what about the landfills?  Our precious natural resources?  Surely the thin plastic grocery bags are destroying the environment and over-filling our nation's landfills, right?   We went through this decades ago, when alarmists posited that disposable diapers (another target of the far-Left) were "overflowing landfills" - with alarmist statistics being batted about to support this argument.   But then some folks pointed out that the Bureau of Specious Statistics was at it again - that in order for these numbers to work, every American would have to be disposing of 100 diapers a day.

I think a similar thing is going on here with the plastic bags.   Sure, throwing anything away has some social and environmental cost.  But why plastic bags are singled out, and not the plastic containers and other packaging that is used for various products, is beyond me.   One plastic bottle has enough plastic to make dozens of plastic bags.  And yes, even with deposit laws and "recycling" a vast majority of this type of packaging ends up in landfills - or by the side of the road, or in the ocean.

I am not sure what the answer is.  Maybe technology can fix the problems technology created.  There are already biodegradable plastic bags out there, as well as bags made with corn starch or some such stuff.  And of course, there is the good old reliable brown paper sack, which was in use since before I was born - but costs more and weighs more than the thin plastic kind.   No doubt retailers will not be happy with bags that biodegrade while in storage, or that dump customer's groceries in the parking lot halfway to the car.

Whatever the solution is, however, I doubt a "bag tax" will really do the trick.  Because everywhere we have shopped so far on this trip, we've merely paid the fee and ended up using the plastic bags, just as before (they make great garbage bags in the camper).   It hasn't changed my behavior one iota, and from what I see at the grocery store, I don't think it is changing others' as well.
Newer Post Older Post Home