The Myth of Millenials 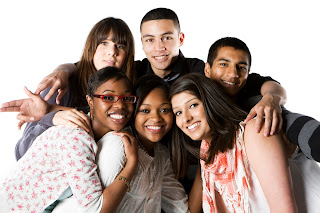 Are Millennials the most put-upon generation of all time?  Hardly.


I was watching a YouTube video and made the sad mistake of reading the comments section.   Like clockwork was a comment supposedly from a "Millennial" claiming that their generation had it worse than any previous generation before them.  This may come as a surprise to people who lived through the Civil War, the Great Depression, World War II, or Vietnam.   Lucky Bastards!   Even the "malaise" and "stagflation" of the 1970's and early 1980's presented worse economic conditions than we see today.

The Millennial complaint?   Student loans that they signed up for voluntarily are hard to pay back!   And often those loans are for amounts less than the 38 grand that I paid back, which today would be over 50 grand.  Of course, others signed up for even more debt - sometimes over $100,000.   But again, this is a choice, not a mandate.    I worked my way through college and law school - all 14 years of it.   You don't see me bitching about what a raw deal I got.

But I suspect that most of the "Millennials" don't feel so put-upon.   First of all, categorizing an entire generation or group of people and slapping a label on them and claiming they are all alike is just idiotic.   In a recent article in the Washington Post, the author claims that Millennials are destroying venerated San Francisco, what with their newfangled technology companies and high salaries.

So, depending on what day it is, or what new trend you want to blame on Millennials, they are either layabout slackers who are living in their parents' basement, or high-salary tech geeks who are systematically destroying "real" America through hyper-gentrification.  Drug-addicted homeless people are forced to shoot up in the streets - it has gotten that bad!  Bottom line, Millennials are responsible for everything bad - they probably started this whole global warming thing, too (they seem to harp about it enough, right?  Maybe if they shut up, it would go away!).

But like so much else, all of this is a lot of hooey.   People like to paint groups with a broad brush to make political points.  And others want to divide us from one another in order to achieve their own nefarious ends.    Much of the below-the-radar commentary on social media is generated by people with political ends.   Russia has a whole industry designed to spread false stories or just negative comments designed to get people depressed and angry.  And telling people they are put-upon is the easiest game in the book - even people living in the wealthiest country in the world.

Getting back to student loans, recently, the commencement speaker at Morehouse College promised to pay off every graduate's student loans.   While this seemed like a nice gesture, it raises a lot of thorny questions.   To the student who borrowed $200,000 to get a graduate degree  (as profiled in one article) this is a huge payday, and a corresponding huge tax bill - probably around $60,000 or so, with State and Federal Taxes.  Yes, debt forgiveness is taxable - as I noted before, if it weren't we'd all pay each other by giving each other loans and then forgiving the debt, and the IRS would be sucking air.  So, odds are, the fellow with the huge debt will have to borrow money to pay the IRS - or be in default on his taxes.  Some fun.

To the guy who borrowed "only" 50 grand, he's probably thinking that maybe he should have borrowed more money instead of working nights and weekends to help pay his college costs.  The guy who worked full time and went to night school probably feels totally ripped off, as he could have racked up huge debts and gotten them paid for, instead of working his ass off and getting lower grades as a result.

There are other conundrums as well.  What about the guy who has no debt, but only because his parents mortgaged their house to pay his tuition?  Or the parents who borrowed money through other means?   Does this get-out-of-jail-free deal cover government student loans or also private ones?   How about the people who graduated last year or next?   Or the guy who dropped out because he couldn't afford college?  They just get a fuck-you-on-a-stick?

And does this guy really have the money to back this promise up?  Because if he makes this promise and then fails to deliver on it, that is even more cruel.  But we'll have to wait and see.

Seems like a nice thing, giving away money.  But it creates a lot of problems as much as it solves them.   When you selectively give away money to random people, (such as these "experiments" in guaranteed income, where random people are handed cash - other people's cash) it creates an awful lot of issues.   Not only that, but when you make things free, it discourages people from working hard to obtain things.   Scarcity is necessary, in any economy, in order to make it work.

But are Millennials really put-upon?    Does each generation have it worse than the one before?  By some yardsticks yes, but by most, no.    As the population of America increases, land becomes more scarce and valuable.   I cannot afford to live in the house my parents owned, to be sure.   Of course, it was a house they bought at the height of my Father's career, after working 30 years or more.  And in retrospect, I realize they were stressed financially to own it.   The folks they sold it to perhaps even moreso, as the taxes have skyrocketed.  Do I feel cheated that I cannot afford a house as nice as my parents?   Not really - my life is much better than theirs in a number of ways.  And the haunted house wasn't really all that great.  I would have been happier in a happier household in a cheaper home.

A recent article - and yes, it is a listical - argues that in most ways, people are better off today than they were 100 years ago.  By almost every metric, how far a paycheck will go today is better than in 1919.   The one exception is housing, and as I have noted time and time again, the main reason why housing is so expensive today is that we have 30-year mortgages and mortgage interest tax deductions.   The same reason why college got so crazy expensive (the free availability of student loans) is the same reason why houses got expensive.

As the author notes, back in 1919, you needed a 50% down payment to buy a house, and mortgages rarely lasted more than a few years.  As a result, few could afford to buy, and houses were thus a lot cheaper - supply and demand kicks in.   When people have more money and more "funny money" loans are available, prices skyrocket.   The Millennials working in tech companies in the Bay area are the ones driving up home prices, as they have fat salaries and access to loan cash.  Damn Millennials!  Always mucking things up!

Which is funny, because the "complaint" by other Millennials is that Baby Boomers have somehow "taken all their money away" (which is hard to do, when you have none to begin with).   But as the Washington Post article notes, Baby Boomers are rarely seen on The Streets of San Francisco anymore - no one wants us old fucks working at these tech companies, they want young people who can code.

Of course, that is the conundrum.   Back in the day, maybe San Francisco was more "charming" and less gentrified.  But it was also a crime-ridden city with extensive ghettos.   Today, tech companies are erecting office towers in the Tenderloin - once a haven for homeless addicts and runaway teens.  Folks back in the 1960's would wonder at all the improvements in the city and wonder why anyone would be against them.   But it seems we are so well off in this country that we can afford to complain, even about progress.   Or maybe our Russian friends are at work here again, trying to sow dissent.

The listical hints at, but doesn't really get into other aspects that make comparing today's wealth with that of the past a difficult task.   For example, in 1919 women rarely worked outside of the home.    Minorities had few opportunities outside of manual labor.   If you think you have it bad today, think about how things were for a young black man in Mississippi in 1950.  The listical does point out that in the past, people were crammed into housing - often entire families in one apartment or home.  The idea of having your own place to live was somewhat alien.   College students and newlyweds often lived at home, not in dorms or apartments of their own.

And while housing is much more expensive today (adjusted for inflation) than in the past, home ownership approaches 60% in the US today, whereas in 1919 it was about 25%.

And then there are other aspects to consider.   A car in 1919 cost more than one does today - but it didn't have airbags, disc brakes, cruise control, air conditioning, and a radio.  In fact, no one had air conditioning, anywhere.  And while today people choose not to be inoculated against disease, 100 years ago, dying infancy was a real possibility.   Getting polio and being crippled for life was no laughing matter.

So no, I don't think Millennials have it worse off than previous generations.   Yes, it is true we do ask young people today to make very serious life choices before their brains are fully developed.  Recent studies suggest that the human brain isn't fully developed until age 25 - particularly the parts of the brain dealing with reasoning.  Which makes sense - age 25 is when I stopped smoking dope and started taking my own life seriously (and enjoying it).   Asking a teenager to sign student loan documents into the six figures is sort of scandalous.

But on the other hand, no one is putting a gun to their head and forcing them to do this.  Cheaper colleges - or no college at all - are available.   I know one young person who turned down a full scholarship at a prestigious university to go to a school closer to where her boyfriend lived (they later broke up). She is now paying off student loans in the six figures and working in "public service" and hoping after a decade to have the loans "forgiven".  I only hope it works out for her, as very few people have qualified for this forgiveness deal - although many have applied.  If you don't follow the process to the letter, you get tossed out and have to start over again.

I hope it works out for her.  But on the other hand, it sort of irks me that she is asking the taxpayer to bail her out when she had other opportunities (and in retrospect, better opportunities) and just made a poor choice.   And I am not so sure we should be rewarding poor choices.

All that being said, I doubt this trope of "Millennials have it so bad" is going to go away anytime soon, as it sells so well.  Politicians, particularly the "progressive" type, use this mythology to sell themselves to voters - trying to get young people to feel sorry for themselves and to compare their circumstances to folks who have been working for 40 years or more.   Hey, you should be as wealthy as your parents, the moment you graduate from high school, right?   That seems to be the message they are pushing - anything less than that standard of living means someone "took away" the wealth you are due.