Who Gives a Shit About Game of Thrones? 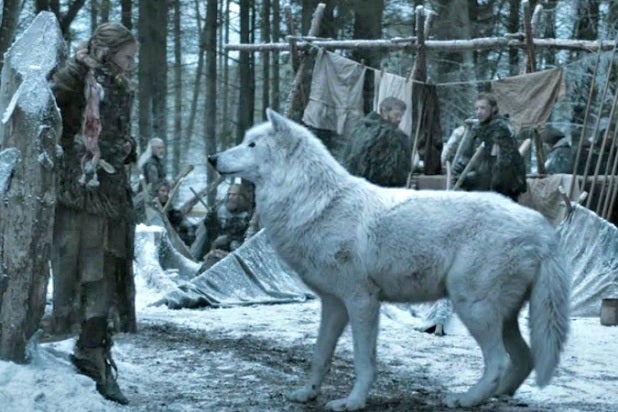 Soap operas are declining in daytime television, mostly because they have moved to evening television.


The papers are awash with articles about the finale of the "Game of Thrones" franchise.   Fans (an idiotic term for idiots - all fans of anything are idiots, by definition) are disappointed in the last season, feeling it was "rushed" and of course, disappointed with the finale.    I could have told them that in advance.  Remember how The Sopranos petered out?  And how the finale sucked when it faded to black?   Same shit, different day.

Some have called Game of Thrones the Medieval Sopranos which makes sense, as both are soap operas where the plot meanders all over the place, and new characters are introduced and then killed off with regularity.   I have written about this before, how episodic television is little more than an addictive drug, where the characters become "comfort food" and you tune in every week to see familiar characters say familiar things - not so much about plot or anything.   The last 30 seasons of M*A*S*H were pretty repetitive, with Hawkeye chiming in about "this rotten war" between the same tired old gags and canned laughter.

Game of Thrones started out as a pretty faithful adaptation of the George R.R. Martin novels.  Since I'm not into fantasy fiction, the whole thing was not my bag to begin with.  But unlike other franchises in this genre, such as the Lord of the Rings, the books were less about magic and wizards and whatnot and more about character development.  A friend of mine, who is a Lord of the Rings fan, even admitted that those fantasy fiction movies were rather monotonous - "run, run, run, fight, fight, fight, run, run, run, etc." as he put it, with each fight sequence being against even longer and longer odds.  Game of Thrones promised to be something more than that.

In any good television show, you hire great writers and produce a compelling plot and characters to draw in viewers.  By season three, however, you fire all those writers and any actor who asks for more money (unless, like Fonzie, they become indispensable to the show).   At that point, you put the show on auto-pilot.   The plots can meander all over the place, and unlike a good story, which has a beginning, a middle, and an end, it just goes on forever and ever - a soap opera.  Write yourself into a corner?   Just make it all a dream sequence.  Apparently it worked for "Lost" (which I can proudly say I have never seen) and for The Sopranos (where I felt cheated when that happened).

Early on in Game of Thrones, they killed off main characters with regularity - as that was what George Martin wrote in the novels.  But by season three (sound familiar?) some critics complained that main characters were developing "plot armor" as they were now comfort food to viewers and could not be killed off, unless the underlying actor made Suzanne Somers-like demands.

Like I said, I never watched the show, but last night, I ended up in Wikipedia Hell, reading about the show, the characters, the episodes and whatnot.  I learned what a direwolf was, which was apparently a real animal in North America, but just a regular wolf, enlarged by camera trickery and green-screened into the show.  Apparently, this was more difficult to achieve than CGI dragons, so the wolves went away over time, much as M*A*S*H stopped shooting on location and using helicopters in favor of an indoor studio set and a school bus.   When in doubt, gut content and profit.

Probably the main reason I never watched this show is I don't have cable television, and I certainly don't think it is worth $100+ a month to get it, plus $25 a month for HBO.   And no, I'm not that keen in downloading pirated episodes from bit torrent or pirate bay or whatever.   And no, I don't feel I was "missing out" on great television (an oxymoron) or great entertainment.   When I read the accounts online of the characters and plots, it doesn't seem as compelling as it might appear when viewing it.  It just sounds like a lot of confusing characters and names and idiotic plot lines designed to titillate and entice (sex, violence, incest, etc.).

In the old days of television, "Prime Time" programs were episodic, but rarely had a story line or story arc that transcended more than one episode - two at the most.   Each episode put the characters back into their starting positions by the end of the episode, as if nothing had happened.   Thus, you could watch any episode of Gilligan's Island, in any order, and it always began and ended with everyone in the same initial condition.   This meant that in syndication, the shows could be played out of order.

Soap operas, watched mostly by women during the daytime, did not follow this pattern, but instead had meandering story lines that went on indeterminately, like a tale told by an idiot - or a child.  In the late 1970's, it became a fad in college to follow soap operas, and I really never understood that.  But once you "get into" a story line, as Hoke noted on Driving Miss Daisy, you get hooked.

Soap operas have been in decline in recent years, mostly because fewer "housewives" exist in two-income families.  But also, I think, because they have gone mainstream and into prime-time.  Modern television shows don't follow the single-episode story arc like the sitcoms and detective dramas of the 1960's and 1970's, but rather have endless story lines that span seasons, often ending each season (or episode) with a cliffhanger.

Even so-called "reality" television follows this pattern, in many shows, with people staying tuned to see what happens next.   No wonder shows like All My Children can't compete!

Is there any harm in watching this nonsense?   Like I said, it is comfort food, and comfort food can be unhealthy.    More than a decade go, we used to binge-watch The Sopranos at the condo, with Mark making vast vats of Spaghetti with Italian sausage, or sending out for pizza.   The problem with comfort-food programming is the same as comfort food itself - it is easy to over-indulge.

Television, in general, tends to take away from life rather than give to it.  At best, it is a distraction, an entertainment, much as going to the theater, a concert, or a movie is.  Unlike those other entertainments, though, television can devolve into an addictive habit, consuming hours a day of your life.    Most folks don't go to a concert, play, or movie every single night of the week and spend over four hours a day at such entertainments.

Television, being conveniently located in the home (and the centerpiece of most homes) is all-too-easy to overindulge in.   Click on the remote and the world is at your feet.  You can vacuum the rugs and do laundry tomorrow, right?  Your favorite show is on.  Hey honey, get me a snack from the kitchen, let's watch this!

It encourages passivity and inactivity, two things that will damage your physical and mental health.  Television, as I've called it before, is the depression box.  No one ever feels great after getting up from the couch after watching hours of TeeVee.   And the time lost is never recovered.   It never ceases to amaze me how people claim they don't have enough hours in the day, but are up-to-date on what Snoopie is doing on Jersey Shore.   Balance my checkbook?   Who has time for that?

In addition to all that are the poor normative cues that television teaches.   Game of Thrones at least didn't have any product placement in it, although I am told a Starbucks cup did manage to sneak itself in (by accident or by plan?  You decide - it certainly got enough press).   The main damage to your psyche is shows like this teach people to be conniving and double-dealing with each other.   Everyone is your enemy, they preach, and alliances are always shifting.    Situation comedies are even worse - teaching that insulting all of your friends with put-downs is normal behavior.   You can tell a sit-com watcher as they hurl insults at you over and over again.   It does get tiresome, and you do feel forced to join in.

After reading about Game of Thrones and the hundreds of characters and the convoluted plot lines - over 73 episodes! - I felt like it would be a major investment of my time to get into watching the show, even if it appeared on Netflix or YouTube or whatever.    And that is an interesting phrase, investment, as indeed it does require a substantial commitment of one of your most valuable resources, time.

I noted before that one characteristic of successful people is that they don't sit around all day watching television, but actually do things.   People who watch four hours a day or more (the national average) don't actually get things done.   You spend eight hours a day working, eight hours sleeping, leaving eight hours for your own life.  Subtract commuting time, time spent preparing meals, showering, using the bathroom, shopping for food, etc., and that leaves damn little time in your schedule.   People who watch the average number of hours of television - four hours a day - are basically spending all of their free time watching television.   They watch others do things, but do nothing of consequence, themselves.

That is very, very sad.

It is interesting, but the best times of my life were not spent on the couch with a remote in my hand.  They were, in fact, times spent with no television whatsoever - either because I was working hard and going to school at night (a better use of those four hours of free time) or developing my own business or remodeling a house or traveling or whatever.   Actually doing things was much more fun, even though it was hard work, than watching other people do things.   Buying a house, fixing it up, and renting it out was a helluva a lot more fun that watching "The Real Estate Twins" fake it on TeeVee.

Oh, and it was much more profitable to me to actually do these things as well.

I think I understand which is a better value and a better use of my time.
Who gives a shit about Game of Thrones?   Or any television for that matter.
Newer Post Older Post Home