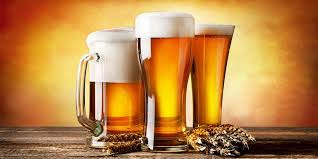 
People like to rag on "millennials" as if they were one cohesive group you can dissect with a knife.  But the truth is, trends among generations are often based on economics, and not merely style trends.  And style trends are driven largely by economics - with styles emerging not from the top-down, but from the bottom up.  What the so-called "trend-setters" and style makers of today are wearing or doing are what the very poor of society were doing a decade previous.

Consider French cuisine.  Many people are afraid of French cuisine, thinking - wrongly - that it is the cuisine of Marie Antoinette and court favorites of Louis XIV or something.  Nothing could be further from the truth.  French cuisine, like cuisine worldwide, came from poverty - from the necessity of making something-from-nothing.  From the farm wife lamenting, "What am I going to do with all these calves' brains?"  You make a sauce and serve it up.  And so haute cuisine was born.

And so on down the line.  The trends today find their roots in the very poor of a decade ago.  The kids in the suburbs like to dress like "gangstas" and listen to largely sanitized rap music, something that floated up from the bottom of society, not something forced on them from the top-down.  And so on down the line.  Rock and Roll was the music of the poor, not the rich, but a lot of people - mostly white folks - got rich on it, when it went mainstream.

What got me thinking about this was the stereotype of the millennial "hipster" as having a Hitler haircut and a lumberjack beard, and drinking Pabst Blue Ribbon, but only ironically.   I thought about this, and realized these were cheap, stingy behaviors, driven largely by cost, not style.   You can give yourself a "prison haircut" in the garage for nothing, with a cheap $20 hair trimmer.  And growing a beard is cheaper than shaving every day.  And cheap beer, like Pabst was, is certainly affordable.

And maybe that is where that style trend started.  And later, others aped the style, asking their hair salon to give them a $100 Hitler haircut, instead of doing it themselves in the garage (as we do).  And instead of drinking cheap beer as an economy measure, it became ironic, and indeed, Pabst - always viewed as a bottom-of-the-line brew - has seen a new revival and is no longer "cheap."

Beer used to be cheap.  It was the working-class drink, and hippies "discovered" it in the 1970's because it was cheap, and before long, it became fashionable to order a beer at a bar - where not long before, ordering anything other than a cocktail would be considered gauche.

But of course, our generation had to ruin everything, including coffee (5 cents a cup) and beer.  Used to be, you could buy a six-pack of Shaefer for 99 cents on sale.  Today, the "micro-brew-pub" is selling esoteric draft beers for $7 or more, sometimes as much as ten bucks a glass.

Wait - for beer?   The working man's drink?  Yea, we ruined that.   And now that brews like Pabst are seen as "hip" the price has shot up for those as well.   No wonder millennials are drinking cocktails instead - in some bars, you can get a "well drink" for less than the cost of a trendy micro-brew.

In other words, it's all about economics, not styles or trends.

Just something to think about the next time you see some ridiculous style or trend taking hold.  Maybe it isn't a ridiculous as it first seems - maybe it is based on some economizing measure practiced by the lower classes.  The trend of showing your underwear outside of your over-sized pants, for example, could be explained by the fact many poor folks were forced to wear ill-fitting hand-me-downs (or poor fitting prison clothes - offered by some as another explanation).

Everything has a reason.

And if you are in the style business, and want to know where the next trends are coming from, spend more time in the ghetto, the trailer park, and the barrio, instead of the country club or Hollywood.  Because the rich ape the poor, not vice-versa, at least some of the time!
Newer Post Older Post Home