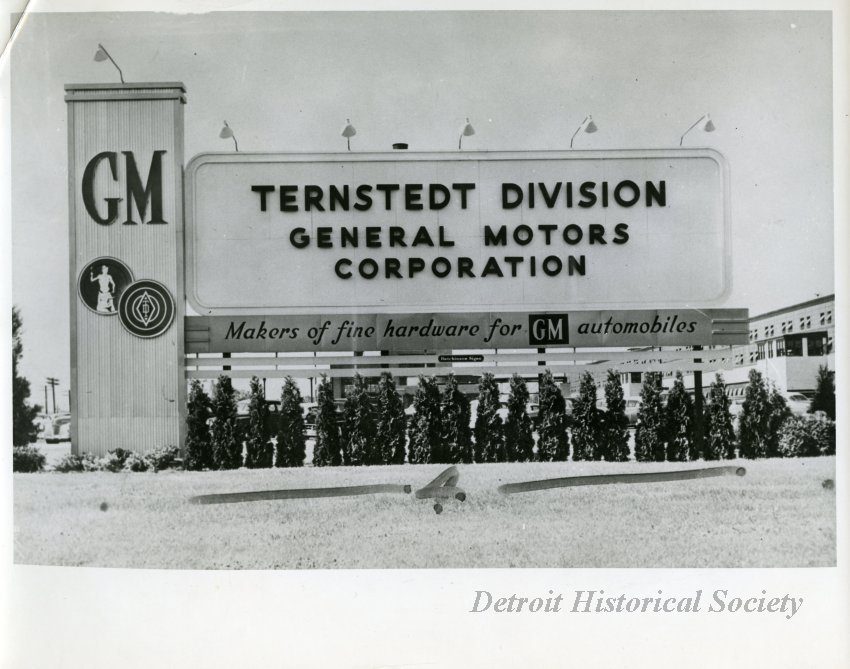 Once upon a time, GM thought owning everything would make sense...


In the news recently is a messy divorce involving Amazon.   I'm not talking about Bezos and his wife, but rather Amazon and FedEx.  The two have decided to part company after each figured out they were losing money with the other.  Shipping is the big nut to crack for Amazon, representing the biggest chunk of its overhead.   FedEx found that although the Amazon contract was large in size, it was not very profitable - if profitable at all - for the company, given the labor involved.   Both have decided to call it quits.

Bezos thinks he can out-FedEx FedEx by building his own internal delivery system, while at the same time courting UPS and USPS to do his dirty work.  I am not sure that is going to work, on a number of levels.

Vertical integration is the term used to describe how an industry can acquire its suppliers and other parts of the manufacturing and distribution path, in order to achieve economies of scale.   In the early decades of the 20th Century, most auto manufacturers were auto "assemblers" who bought parts from various companies and then assembled them into automobiles.   You might build a frame, but then buy the axles to attach to it.  Then you'd buy a motor, from Continental, a transmission from Lipe, and then controls and hardware from other sources.  The bodywork would be farmed out to one of the storied coach builders - Fisher, Fleetwood, LeBaron, and so forth.

But in the 1920's, a different pattern emerged.  Flush with cash, the big auto companies started snapping up suppliers - GM at one time made every part for the car except the tires and gasoline.  But everything else was made by a hoard of divisions, some well known (AC spark plugs, Delco batteries) others less so (Ternstedt body hardware, New Departure Bearings).   Not only were there economies of scale, by purchasing these parts companies, they were assured 100% of their output, so they could ensure the assembly lines would never shut down for lack of parts - and ensure that their competitors would scramble to find alternative sources.

Of course, there were limits.  The dealership model continued to thrive.  Car makers would have loved to own the entire process from start to finish, including the last step in the process - the actual sale to the customer.  But a strong dealer organization, helped by anti-trust laws and various State regulations, put an end to that dream.   Mr. Musk is still fighting this battle, even today.

But for a few decades, at least, GM, Ford, and Chrysler made most of the parts of their cars, and for a while, at least, it seemed like a good idea.   For a while.
At one time, at Ford's famous Rouge plant, they even made their own steel, with raw iron ore entering one end of the factory and brand new model T's leaving the other.  Ford even owned the railroads and ships that brought the raw materials to the plant.

What they realized, early on, was that this vertical integration method was costly, in terms of a bloated bureaucracy necessary to administer all of these divisions.  And the unions quickly figured out that having such a large payroll made the company even more vulnerable to strikes.   You need not call a general strike to cripple the company, but rather shut down just one key parts division - and the whole company is brought to its knees.

As a result, labor costs rose - across the board.  The ball-bearing plant I worked in paid twice per hour what the nearest non-automotive union bearing plant paid in wages.   Although they were unionized, they were not owned by an auto company, so they were not paid UAW scales, but only half as much.   The non-union plant paid half again less.

Were these people being exploited?  Hardly.  The reality was, our employees were vastly overpaid, as the threat of strikes could be used to blackmail the company.    As I noted in earlier postings, I was given a printout of wages to review for the entire plant, back in 1979.   Fork lift drivers, who require little training and little education beyond 8th grade, were making $42,000 a year back then - a decent salary even today, for unskilled labor.   In today's money, that would be a salary of $145,000.   Still think the "workers" were being exploited by big, bad, mean General Motors?

Sadly, most of these union slugs saved nary a penny of it, but spent it all on cars and snowmobiles and trailer homes, so when the plant did close, they were like deer in the headlights.   It illustrates how throwing money at the poor only makes them wealthy for a short while.  These folks were making enough money to create dynastic wealth, but squandered every penny of it.  It wasn't like they had to save for retirement, either - they had fat pensions!   But I digress.

So GM nearly went bankrupt - and eventually did - with all this overhead to cover and paying inflated prices for parts.  Meanwhile, the Japanese were using a Keritsu (which is not a kind of coffee maker) supply chain, where captive supply companies were squeezed out of every nickle of profit, and forced to provide parts at low cost and "just in time" to avoid inventory hassles.

The "Big-3" automakers started shedding divisions from the 1970's through today. GM no longer makes ball bearings or trim pieces or door hardware or batteries or spark plugs.  In a turnabout to the beginnings of the auto industry, the Big-3 are once again assembling cars from parts they buy, many of which are made overseas (read: China).   GM can shop for components anywhere now, and isn't held hostage to union demands from some obscure division.  The lesson learned:  Vertical integration isn't all its cracked up to be.

And neither is horizontal.  GM shed its locomotive division as well as Frigidaire, which made home appliances, Terex, which made mining trucks, and so on and so forth.   Chrysler used to have a defense division, making everything from tanks to missiles.   Ford - well, I'm not sure what Ford made, other than tractors, but I am sure they too, have slimmed down to "focus on their core competencies" as the phrase is bandied about these days when a company is dying.

Amazon is doing the opposite.  They are expanding to get into areas outside their core competencies.   Amazon is trying to create its own UPS in-house, which is no easy task.    I worked the box line at UPS and it is a huge operation - hubs in every major city, legions of delivery drivers and package cars (delivery trucks), and today computers and automated handling equipment, not to mention fleets of airplanes.  It is a messy, labor-intensive, capital-intensive business that is at the mercy of the next union strike.  And the profit margins are razor-thin.   I hope Bezos knows what he is doing - because he could really shoot himself in the foot trying to own the whole process. What's next?   Manufacturing the products he sells?   How hard is that, really?

Amazon is also expanding horizontally, moving to Crystal City in part to try to snag Pentagon projects for its computer services division.   I am not sure how that is related to shipping cheap crap from China to your porch, but there it is.  I guess it makes about as much sense as Chrysler building missiles back in the 1950's.   Well, at least the missiles and the cars, back then, both had fins on them.

In a way, it is like other emerging online companies, such as Netflix, being forced to vertically integrate as costs escalate and resources dry up.  Netflix may turn out to be a one-trick pony in the long run.  They started out with a cheap source of media to stream, thanks to the lucrative STARZ contract.   No one thought streaming was a "thing" so the content was vastly undervalued.   When people saw this was the trend, they raised their prices or cut off Netflix entirely - resulting in them being forced to create original content.   Some of it was great, some of it, well, is just soap operas.   I noped out of Netflix, and I am not sure I will ever go back, at least in the near future.  And other channels are popping up - at higher prices - as people realize that content costs money.

Netflix's attempt to vertically integrate may succeed, or may not.  If they have the money to continually create high-quality content, they may succeed.  But now they are taking on a whole new business that is vastly different from their old one.  Before, it was just computer geeks coding a website to stream video.  Now it is creative types creating movies and shows.   Can the two forces be brought together?   And then there is the question of the last step in vertical integration - streaming to the home.  If "net neutrality" is abolished, then the cable cos and telcos can favor their own content companies and make Netflix slow to load and stream.  Aye, that is the nut they have to crack at Netflix, in the long run.

Meanwhile, Walmart, by all accounts the world's largest employer, is trying to unseat itself from that throne by laying off associates and farming out more and more business to captive suppliers.  For example, an ad in the local paper is looking for people to assemble bicycles and barbecue grills for a "major nationwide chain."   Rather than have these things assembled half-ass (and you've seen this, no doubt, at any "big box" store) using hourly employees, they rather hire a contractor to assemble these on a per-piece basis.   The job description requires you to have your own tool set and "an 18V cordless drill with at least two battery packs"

Sounds like an interesting job.   But seriously, it illustrates how vertical integration can be costly, and it is far easier to farm out as much as possible to independent entities, who are then forced to cut costs to the bone to reap a profit.  Already grocery stores (including Walmart) do this, having food suppliers not only deliver products, but stock the shelves for them.   It means a few less "associates" to hire and deal with.

So what's the point of all this?   Only that patterns emerge.  Whether it is the consolidation of the railroads under Carnegie, the oil business under Rockefeller, or the integration of GM under Sloan, when an industry is first created, there are many players and many suppliers.   Slowly they coalesce into conglomerates and a few powerhouse companies.   But eventually, these conglomerates become too unwieldy and costly to operate - and some new competitor or product enters the scene, changing the whole game yet again.

According the article cited at the beginning of this posting, online sales account for only 12% of all retail sales, although this is "expected to rise".   Quite frankly, this surprised me, as I assumed (given all the hype about Amazon by the Amazon-owned Washington Post) that online sales were "taking over" from brick-and-mortar.    It remains to be seen if this 12% is just the start of something big, or a plateau at which it will level off.   As I recounted in a recent posting, online sales have their limit - sometimes, you want something right away, and brick-and-mortar could remain a force to be reckoned with, provided that brick-and-mortar doesn't abandon brick-and-mortar for half-assed and poorly-thought-out ship-to-store or online schemes.

Jeff Bezos getting into the shipping business might not be a sign of success, but his eventual doom.  It is not a sign of strength, but of weakness.  One big labor strike, and Amazon could find its overhead doubling or tripling, overnight.

Are you sure you want to get into the package business, Jeff?
Newer Post Older Post Home