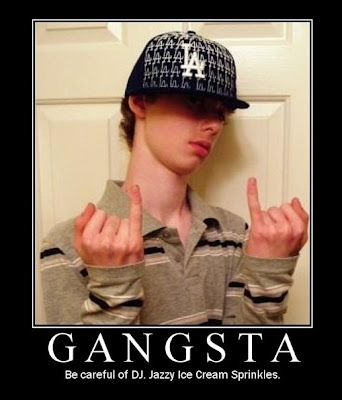 The last two generations don't seem to know the meaning of doing without.  This is not necessarily their fault.

The piece goes on to decry the high cost of everything these days, as if economizing was some sort of crime or just out of the question.   But for the last two generations, perhaps this is the norm.

I don't have children, but my friends and relatives do - and grandchildren as well.   And how they are raised and their standard of living is interesting to watch.   Being the last born in my family, I enjoyed a period when my parents were at their wealthiest.   House on a lake, motorboat to drive to school.  My older siblings had to endure sharing a bathroom in a three-bedroom ranch home in California.   No wonder they didn't like me.

But that being said, when I went off to college, I was on my own.  All of us lived in crappy apartments or dorm rooms, and if we had a car at all, it was a secondhand one.   I was fortunate that after a year at GMI, I could buy a car with the employee discount.  But my siblings had to make do with rusted out pieces of crap.  And we all had to enjoy the fun of hot and cold running roaches in our crash pads.

But over time, we moved on and moved out and found jobs and bettered ourselves.   Each successive year, we got a raise and improved our lot in life.   Sure, being a college student sucked, but it was a form of freedom, and we didn't mind the squalor, because we were on our own.

But today, I see a different pattern.  Most of my friends and family members send their kids off to college in a brand-new car.  Often this car is purchased when the kids are age 16 and learn to drive.   And the college lets them keep a car on campus!   Syracuse University wouldn't let my brother bring a car to school until his Sophomore or Junior year - the school felt that student cars, in addition to cluttering up campus, were a distraction from serious study.

While we had "married student housing" at South Campus at S.U., most students were content with dorm life, sharing a room with two or three people.   A room - not a suite!  And yes, they had bunk-beds.  When you moved "off campus" it was to one of the many "student apartments" run by slumlords, that ringed the campus.  These were buildings that were pretty rundown and pretty basic.

Today, we have "luxury student housing" and the dorm room has been replaced with the dorm suite.   We are a wealthier country today, so we can afford these things - or think we can.   And with funny-money student loans, people think they can.

So a kid going off to college today isn't seeing a lot of sacrifice in his standard of living.  He goes from a suburban mini-mansion in Foreclosure Mews Estates to a dorm suite at Expensive U. and studies advanced naval-gazing.   After his freshman year, it is off to luxury student housing, driven there by the new car his parents (or grandparents) bought him.   And summer job?  Apparently those are going by the wayside as well.

Work your way through college - what are you, insane?

Yet this is a trend I saw occurring even 40 years ago, when I was in school.  I would work two or three jobs to pay my way through school, and I would deliver pizzas to South Campus to parties and see some of my classmates, who would tip me generously with their borrowed student loan money (or their parents' money).   It wasn't a big thing back then, but it was a thing.   Kids from "Long Island" would come to S.U. in a new '81 Trans Am that Daddy bought them.   They acted entitled, because they were - but often this meant problems later on.

You see, when you start at the top, there is no way to go but down.   And when you haven't experienced deprivation, it is hard to comprehend when it occurs.   Stingy habits are hard to acquire when you never had them in the first place.   Since starting this blog, we have cut our spending quit a bit - in certain areas.   For example, we still buy Walmart hamburger buns, which cost 84 cents (sometimes) for eight of them.   You can use them for a breakfast sandwich, or with a slice of turkey for lunch, or with a hamburger for dinner.

Lately, Walmart has been pushing upscale buns - Brioches at the front of the store, or sickly-sweet Hawaiian buns - all for about a buck-a-bun or so.   Yes, you read that right, for the cost of eight generic Walmart buns, they want to sell you one.   And we have yet to bite on this deal (sorry!) because it just seems too extravagant.  Once you cut back on spending, it is a habit that sticks with you.

But suppose you never had to economize in your life?   Suppose your expenses were all paid for, up until age 22 or thereabouts, and then you are flung out into society, with no money and no experience managing money, and as a special bonus, a mountain of debt to start out with?   That is the situation the "kids these days" find themselves in, and I don't blame them, because these decisions were made by them - or for them - when they were age 18 or so.   So they flail and flounder and realize that starting out in life sucks from a financial point of view.  Only a year ago, they were going to rap concerts and frat parties and living the high life in a luxury student apartment.   Now, the car that Grandma bought them when they turned sweet 16 is six years old, and they "forgot" to change the oil a few times and it is needing repairs.   And Sallie Mae, who sounds like a sweet auntie from West Virginia, is banging on the door and demanding to be paid.

What the heck happened?   Somebody took their money away!   Time for student loan forgiveness, and free college and $15 minimum wage and guaranteed income and a job as a right.   This is where it came from - being spoiled by the parents, and grandparents.  In a way, it is not their fault.

And sadly, it doesn't end there.   The graduates who do find jobs feel entitled to the standard of living their parents had after 40 years of hard work, so they sign more onerous loan documents to have a luxury townhouse and an overwrought SUV.   No economy car for them!   After all, they are used to a certain standard of living.

That is a phrase often bandied about in these messy divorce cases of the very wealthy.   Princess wife is "accustomed to a certain standard of living" and ex-husband has to now support her at that level or above, forever and ever.  No one ever has to sacrifice anything!

So the post baby-boomers mire themselves in debt, and like the millennials, wonder what the hell happened to their lives.  After all, their parents didn't have all this debt, right?  Their parents didn't have all the stuff they had, either.  Look in the living room of a 1950's house and what is interesting is not what you see, but what you don't see.  The spartan design ethic was not so much "mid-century modern" as it was cheap.  The "Bauhaus" glass-box design was trendy because it cost nothing to build.   We had a lot less back then, but it didn't seem to bother us.

Is there a solution to this problem?   Probably not.  There will always be spoiled middle-class kids, who will become victims of their own apparent initial success.   I've seen this in my brief period on this planet - young people who are given everything early on, only to learn the value of nothing.  Like annoying girl, who thought she didn't need to actually learn Engineering, but could fake it, because her parents were "rich" - she found out they weren't as rich as she though, and that you can't fake Engineering.

There will always be the "weekend Dads" in Fairfax county who buy their daughter a new BMW or Mustang convertible, when they turn age 16, not realizing that a powerful car in the hands of an inexperienced driver is a death sentence - for her, her friends, the unfortunate people in the other car she hits head-on.  And yes, this happened, with regularity, when we lived there.  What on earth were these people thinking?

I was fortunate in that my parents, while supportive, didn't think (or could afford) to buy us everything we wanted, or support us after college.   Actually, that isn't quite true - my Dad funneled off money to my late sister throughout most of her life.   And not surprisingly, she never became financially independent of him.   Dependency breeds dependency.

I look back on my life and realize the greatest gifts my parents gave me were the things they didn't give me, but forced me to earn on my own.   Many of the "poor" kids in my high school were given (or allowed to drive) their parents old cars, once they turned 16.   These were cars barely three years old, and yet my Dad would not shell out dollar one if I wanted a set of wheels in high school.   As a result, I went through a series of $50 and $100 junker cars, and learned a lot of about how to keep a car running - which served me well later on in life.   It also made me appreciate a new, rust-free car a whole lot more.

It is strange to me to see some youngster with a brand-new car that they never bother to wash.  And after three years, they say it is a "piece of crap" and petition their parents for a replacement.   I look at their car and think how I would have given my right arm to have that car at their age.   But we were a lot poorer back then, apparently.

Doing without is not a bad thing - it really helps you appreciate money and manage wealth later on in life.   The only times I've gotten into trouble with finances in my life, was when I wanted to have more than I could afford, and borrowed money to do it.  Better to appear poor when you are poor - and not be in debt - that to try to appear rich, when you are poor.
Newer Post Older Post Home