Build A Bear - You're Kidding, Right? 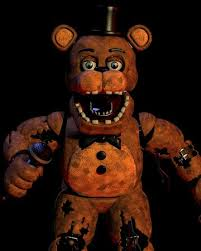 Why would anyone invest in the money-losing company that sells teddy bears you have to assemble yourself? Maybe their new FNaF line is selling well.


A recent article online reports that Build-A-Bear stock has gone up 17% even though the company is hemorrhaging cash. Bear in mind - if you'll pardon the pun - the company was losing money even before The Covid epidemic.

Even though losses were worse than Wall Street projections, overall revenue was up. And apparently this impressed a lot of investors. But as I noted before, revenue and profits are two different things. It doesn't matter if your gross revenue is in the billions, if you're losing billions as well, it means you're not making any money.

And no, these specious indicies, such as "EBITDA" which means "money we would have made, if we didn't have to cover our overhead" mean nothing. Just because you take in a billion in revenue doesn't mean you have a sound business, if your expenses are a billion-and-a-half.

I noted before that we had visited one of the new Toys R Us prototype stores under the new management. They were going to set up a situation where kids can come in and touch and play with all the toys while swarming around supervising adults. Then came the epidemic and the idea of snot-nosed kids getting their filthy hands all over everything seem like a really, really bad idea.

I'm not sure that Build-A-Bear doesn't have the same problem. Are you going to take their kids to a store where they're going to touch everything while making a stuffed bear? I don't think that type of business will recover as fast as others.   It is not like they are selling oxygen.  And in fact, the entire thing has all the makings of a short-lived fad.

But of course others have different ideas. They apparently believe that build-it-yourself teddy bears will supplant even automobiles and computers in the nation's GDP. After all, this is an essential commodity in our world economy!

The Build-a-Bear situation illustrates the problem with retail investing.  Small investors latch onto certain companies like a dog with a bone.   They went nuts for Chipolte, even after several e coli breakouts, and despite the fact that head-sized burritos were hardly a protectable business plan.  Our small town has not one, but two Chipolte knock-off restaurants, across the street from one another, where you can go and get a head-sized burrito made to your order.   Why you would want to do this is beyond me.   But I think "Tiny" and "Tubby" in the IT department go there for lunch, and since they have a lot of disposable income (what they don't spend on their cat and collecting Katanas) they decide to "invest" in the chain, as it is familiar to them, and gee, they are selling a lot of burritos!

We are seeing a similar thing with Kodak, as I mentioned before - someone periodically hypes the stock for some reason (the reason being, they bought it last week at a lower price and are doing a pump 'n dump).   Same deal with Pitney Bowes - a reader asks me about the company, as on some financial site, they are hyping it.  I met an employee of the company and while they appear to have a business plan moving forward, I cannot see it exploding in value overnight - or even in the long-term.

So, I suspect a similar thing is going on here with Build-a-Bear, which is a company that should never have been listed on any stock exchange.   Why would you sell stock in a store that sells teddy bears?  Oh, right, so the founders can cash out.   And likely someone with a boatload of this stock went and pounded it on some financial dweeb website like Robin Hood - the irony of the name of which is lost on the people following it.   The rich they are stealing from is you, chumpster!

Again, this is the problem with retail investing.  Small investors want big returns in a short period of time, so they throw money at things, hoping to score big.  And by throwing money, I mean a hundred here, or a thousand there.  These are not large investors, just a large number of small investors.  They regularly lose money - lots of it, over time - and then get bent out of shape that Capitalism is a shitty idea.   But the problem lies now with the system, but the user.   Classic user error.

It reminds me of boring man, who took a small pile of money (fifty grand) and used it to buy options, without understanding what options were, or that he could quickly lose all of his money and then some if it went horribly wrong, which it does about half the time (in fact, that pretty much is a mathematical certainty).  He lost his money and now rants about the Federal Reserve taking away all his wealth and how "inflation" (at fractional levels, pre-pandemic) was ruining the economy.   Anything, everything, it seems, was out to get him - because the horrible thought that maybe he made a mistake was too much to bear (again, sorry, pun).

It seems the market is going through another cycle of euphoria.   I cashed out last year, only because I need the money to live on for the next few years (or decade, at this rate) and didn't feel comfortable leaving money in stocks at my age, when the market seemed overheated and manipulated.   We left Mark's stuff in his Fidelity funds.  Funny thing, overall his funds seem to stay about the same, even as the market peaks and crashes.  The recent "tech crash" for example, meant a drop of 1% in his portfolio.   Why is this?

Well, simply stated, he isn't invested in tech stocks or stocks that don't pay dividends - or at least not many of them.    He has his stuff in long-term investments, with companies that make profits and pay dividends to shareholders, and not in long-shot bets that may or may not pay off over time.

It seems certain the market will correct from the Covid euphoria.  Prices of stocks are going up, in part, some say, just because more "free money" is in circulation.  Could be.   But I suspect around election time, or shortly thereafter, a small panic (or a large one) could ensue.    Nazis and Communists fighting in the streets.  Tariff wars.   Stock bubbles.  Farmers going broke.  Sounds like 1929 all over again, to me.
Newer Post Older Post Home
View mobile version