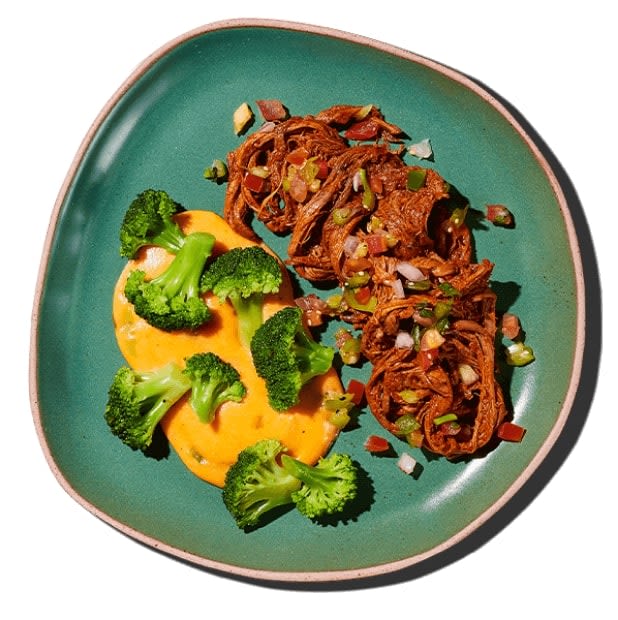 Making meals at home can cost 1/4 or less of the cost of a restaurant meal.  Strong normative cues have to be used to encourage people to engage in what is a very poor financial decision.  By the way, do you think this is how the food will appear when it arrives at your house in a clamshell?


Two readers sent me e-mails recently, coincidentally on the same or a similar subject - restaurant or delivered foods, and how social media tries to market these as rational lifestyle choices.  On Facebook - which is today just one big advertisement channel - a pitch is made the cooking is passé and that all the hip young Millennials are ditching the kitchen for delivered prepared meals:

Apparently Facebook has me tagged as a useless millenial I get these ads constantly. There are a half a dozen companies that advertise this same general principle of “eating healthy takes too much time” or “you are too busy to cook”. Talk about a poor normative cue.
These people have managed to reinvent the TV dinner.  But we can’t call it that because that’s for boomers. So we will millenial it up with smart ovens, bar codes, delivery via smart phone app, And keto vegan fresh ethical fair trade chef inspired nutrient rich and vitamin infused buzzwords (the most utter BULL SHIT).
You can make a lot of money selling millennials what boomers used to buy but make it more expensive, chic, and “higher class” but not really any better or useful. Example:  most millennials raised in minivans swear we would never have such a boomer-mobile. So instead we buy a car framed family “SUV” that looks as fugly as a minivan but doesn’t have the most useful features of said minivan (like the sliding door and row seats)
Examples of the food ads below.
[URLs deleted so as to not inadvertenlty promote these companies]

Why bother with some dorky "meal kit" which still forces you to do the icky job of cooking food? Just have all your food prepared somewhere else and delivered to your home, lukewarm.   That has to be cost-effective, right?

Cooking food is so hard.  You have to grind grain to make flour, churn milk to make butter - it is a tedious, never-ending task.   Actually, I say that in jest, but in the not-so-recent past, that was how you prepared food, literally from scratch.  Today, "cooking" often means combining prepared ingredients, or even just warming up something that was frozen.  There are all levels of granularity of food preparation, from base ingredients to microwaving a hot-pocket.   And as you might expect, the further up the food chain (so to speak - sorry, pun) you go, the less expensive it is to prepare a food item.  Making your own egg sandwich at home is cheaper than microwaving a Jimmy Dean egg sandwich from the frozen food section, which in turn is cheaper than driving to McDonald's and buying one (or having one delivered - they do that now).

Not everyone can be a gourmet chef, to be sure, but if you are struggling with debt or trying to save for retirement, cutting back on restaurant meals and delivery foods (which used to be just pizza, but today encompasses everything) is one sure way to save a boatload of money.  Even if you "can't cook" you can prepare a packaged food item for a lot less than having prepared foods delivered.

Of course, even with these "delivered meals" there is the messy job of cleaning up afterwards - all those dishes to do!   Perhaps some enterprising person will come up with an "app" that will send someone to your door to wash your dishes for you.   Oh, wait, you can just leave them for the maid to clean up.

Ahh... the maid.  You see, that is the real problem with all of this.  While these ads show perky Karens having fun ordering food ("who cooks anymore?") the reality is, if you did this regularly, you would end up fat, slovenly, and heavily in credit card debt.   And since you are sitting around all day with nothing to do, learned helplessness kicks in, and you get even more depressed, and order even more prepared meals.  Drown your sorrows in a pork tenderloin with heirloom vegetables!

Another reader sends me this tidbit:

Bob, you'll love to hate this. Someone online shared a restaurant check and remarked how much cheaper it was to eat out in Indianapolis than in San Diego. The check was $94 for dinner. Was this a dinner of fine wine, steak and lobster, and great ambiance? No--it was a burger, loaded fries, and enough booze to fill a kiddie pool. I'd never heard of most of the drinks--13 of them for two people! I looked them up--some had cool sounding names like electric lemonade and liquid marijuana, but they're basically Koolaid with alcohol. But the item I can't get over--the item presumably ordered by and for adults--was Scooby snacks. Treats for a cartoon dog!
A hundred dollars blown on gut bombs and a hangover. That's not a bargain at any price!

Again, Facebook is one giant advertisement, and no doubt this posting was a plant, either for the restaurant, or one of the food products.  Sadly, we are starting to see inflation in a lot of things.  We went to Walmart the other day to buy groceries and were shocked to see the tab was nearly $400.  Now, granted, $40 of this was a for a new camp chair, and some medicines.   But still....   It wasn't that any one thing was expensive, only that Walmart - and every other store - has been raising its prices slightly since the pandemic - and getting away with it.

Nevertheless, that $400 bought a lot more food that it would as meal kits, restaurant meals, or delivered meals - a month's worth, versus less than a week.

Mark and I have remarked to each other than $50 is the new $20.   It used to be, we could go to a restaurant, split a plate of fried shrimp and have a couple of glasses of house wine, for about twenty bucks.  Today, it seems that costs $40 or more. Prices have been edging up, and will continue to edge up, as the government prints more and more money - the classic cause of inflation in any economy.  The right-wing nutjobs who have been complaining about "high inflation" in recent years (1%?  Be serious!) will finally have something real to complain about - and understand what we went through in 1979.

But I digress.   The point is, we are entering a recessionary economy - companies are limping along on life support, often with no sales at all, and bankruptcies are common.   The stock market is doing well - but the stock market is not the economy.   The economy is people working and making money and spending - and a lot of people are out of work now.  If Trump loses the election, well, you can be sure Republicans will blame Biden for the inevitable recession that is already starting.  If Trump wins, they will blame Nancy Pelosi.

But again, I digress.  The point is, this isn't a good time to be ordering-out for all your meals, or blowing wads of cash on restaurant food - particularly bad restaurant food and what some people derisively refer to as "chick drinks" (sugar and vodka).

The common denominator isn't the food or the food cost, but how social media is being used to make it seem "normal" to drop huge sums of money on something that should cost a trivial amount - your sustenance.  In order to sell the idea that you should do something so basically opposed to your own well-being, they have to sell the idea that it is "normal" and "everyone is doing it" - whether it is $100,000 SUVs, or overwrought mini-mansions, or meal kits or whatever.

So what is interesting about these two e-mails is that both address the same issue - how Facebook is used by corporations to sell ideas to people - ideas about consumption and behavior.   And in that regard, Facebook is a very evil influence on anyone's life, even if you don't subscribe to Qanon or Anti-vaxxing or whatever.   Just the promotion of consumption and bad lifestyle choices is enough to make me say "no" to Facebook.   It is just one big advertisement.

Other people, well, they just can't live without it - or so they think.  Yet, they lived without it, before it was invented, didn't they?   Interesting thought.

Moreover, most Facebook users are "useful idiots" for these corporations or even for Vladimir Putin. They "like" and "share" posts that are little more than ads.   Or they post their own content which inadvertently promotes a company or product.  The whole idea of taking pictures of restaurant meals or you and a group "having fun" at Applebee's is just a way of promoting a chain restaurant at your own expense.  And while we all like to think our postings on Facebook are original and unique, as I noted before everyone's Facebook page looks the same and Facebook is about as original as playing a piano with only four keys.

Odds are, whatever you post on Facebook, it is something similar to something you've seen before, and thus were subtly influenced by.   Like I said before, in this day and age, we can't even trust our own minds.   We think we are being logical and analytical, but in reality, we are just reacting to subtle normative cues.

Speaking of which, you'll have to excuse me while I go order my lunch to be delivered...
Newer Post Older Post Home
View mobile version