This Could All Go Away (and That's OK!) 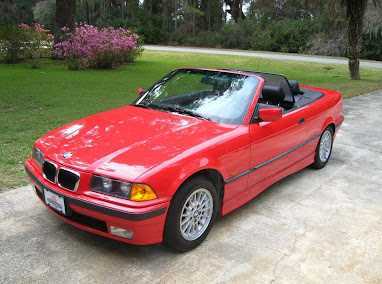 Nothing is permanent on the Internet - never expect it to be so.


Suppose you woke up one morning and tried to access this blogsite.  An error message occurs - no such site exists!  Maybe it is just my blog, or a number of blogs, or maybe Google decides that Blogger is no longer profitable and pulls the plug on it.

It could happen.  It has happened before.  You spend a lot of time and energy on something and they decide to erase it all.  Webshots did this to me, after I created "albums" of photos with accompanying text, illustrating, step-by-step, how to do certain repairs on old E36 BMWs. They clipped the text, dumped the photos into one album and then, 30 days later, erased even that.

And that's OK.  At first I was disappointed, but over time, you realize that nothing is permanent in life.  I have written hundreds of Patents over the years, but at this stage in my life, most of them have expired, either because they are over 20 years old, or the owners failed to pay the maintenance fees.  All that work, all that effort, and today it means nothing, other than some curiosity on the USPTO database.   The most memorable thing will be a Patent I wrote as an inside joke.

But maybe someday even that will be erased from the Internet.  The USPTO database only goes back so far, at least in text searching mode.   The text database was created in the 1960's when they used IBM typesetting equipment, which created tapes of each Patent's text.   When the database went online, no serious effort was made to try to include all the Patents back to the 1800's as it would have been too costly and the utility of such an effort would have been negligible - few patents from that era are cited as "Prior Art" by Examiners.

So other than novelty Patents, like those of Abraham Lincoln or Hedy Lamarr, we don't bother to read stuff from the pre-computer era.  And there is sort of a precedence for this.  Back in the early days, you have to build a working model of an invention to get a Patent, and the Patent Office "hall of models" became quite crowded, very quickly (yes, even Abraham Lincoln had to make or have made a tiny model of his invention).

Years later, they decided to get rid of all the models, and unceremoniously dumped them.  Some folks snapped them up, and today, they are antique collector's items.  Novelties, at this point.   But at one time, they represented someone's dreams and hopes - all dashed by the great clock of time.

And someday, my blog will be the same way.  Perhaps a curiosity, or perhaps wiped off the face of the earth.  Either way, it will be irrelevant, and I might also be as well - long dead or headed that way.

To some, this seems scandalous.  You have to preserve everything!  You have to immortalize yourself throughout time!  You have to leave some trace of your existence on this planet - either by making little copies of yourself, or by having some headstone made and a plot of land set aside, for your decomposing corpse to rest (or the ashes thereof).

But other than as a curiosity for future genealogists (who are very lonely people), your headstone really is of little interest to future generations.  Ever visited a graveyard?  Notice how many people are visiting the graves of "loved ones"?   Damn few, that's for sure.    Time was, people used to picnic in graveyards, near their family plot.   They don't do that sort of thing anymore - it usually isn't allowed.

Even the most famous among us rarely leaves a legacy.  Even the most infamous rarely does.  All that is left is a caricature of what was - not the actual thing.  Famous persons throughout history are remembered today more for the actors who played them in the movies, than for their own persona.  And quite frankly, fictional characters have more of a life than the dead do.   Years from now, people will remember Batman and Dracula - although few will remember much of the authors who created them.

It's OK to be a nobody - in fact, you may not have much of a choice about this, so it is better to merely accept this and move on, than to worry about a legacy or preserving things.  People get upset about losing "things" or worried about old family photo albums.  But a generation or two later, no one wants this shit, as I discovered when I tried to foist off boxes of genealogy materials and photo albums onto other family members.  I didn't want it, and I didn't want to throw it away, either.  But no one else wanted it, either.   Maybe that is sad, or maybe the next generation has more to do than worry about the past.

And maybe the past should go away, too.  Some argue that we are "erasing history" by taking down confederate monuments.  But many of these "monuments" were not set up after the Civil War ended, but decades later, often during times when white supremacists were trying to suppress the rights of blacks, and Confederate memorials were a way of not-so-subtly saying, "this is a white man's world".  Do we want to remember the horrors of slavery and the Civil War?  Or are we trying to "remember" the "brave struggle" of the "lost cause?"   These memorials are all about the latter, not the former.   Maybe it is better they go away.

We have to live in the present and the future - letting the past crowd in can ruin the now.  And it cuts both ways in that regard.  We can't move forward as a society if we are going to obsess about how Columbus was genocidal or the founding fathers owned slaves.  It doesn't help us move forward to obsess about past, either in horror or in reminiscence.
Newer Post Older Post Home
View mobile version