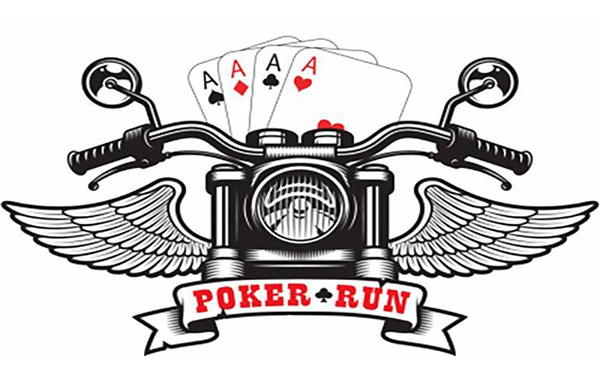 Sometimes, it's a better idea to just call it a day and go home.

I mentioned before in a previous posting about a poster I saw in central New York for one of these "poker runs" for a local motorcycle club.   They go from bar to bar, picking up a playing card at each stop - with seven cards at the end of the run.  Whoever has the best poker hand, wins.  And yes, some drinking is involved, in many cases.

It would almost have been funny if it wasn't so sad.

In other words, these annual poker rides in effect turned into memorials for the people who died of the previous rides. And the whole thing was a never-ending perpetual series of memorial rides. The idea that maybe getting drunk and getting on motorcycles is a bad idea, never occurred to them.

Today, we're seeing the same thing with these protests, which are being promoted online by agents of Vladimir Putin, encouraging both sides of these protests events to come out and create chaos, violence, and even death.  This in turn, creates even more outrage, fueling the next protest the next day or week.

The Nazis knew how this worked.  They made Horst Wessel, a minor street agitator, into a national hero, and the Horst Wessel song, their anthem.  Their strategy of intentionally starting street brawls with Communists worked - with the Communists all-too-willing to engage.   The result was minor chaos in the streets of some cities, and people just got sick of it, and signed on to the first person who proclaimed they would restore "law and order" - with the results, well, you know the results.

Each attack became a provocation for another attack, and if someone was injured - or better yet, killed - they became a martyr for the cause and a reason for yet another call to arms.  And sadly, the exact same forces - Nazis and Communists - are trying to re-enact Berlin, circa 1929 (an interesting year, why does it stick in my mind?) on the streets of America - with the same predictable results.

People don't even remember what they're protesting about anymore. Each protest generates a new incidents of violence, or even somebody being killed, which then generates the next protest. Like with a poker rides, they'll be an endless series of protests from here until eternity unless someone pulls the plug on this.

That's why I say, it's time for the Antifarts to pack it up and go home.  Take a three week moratorium from protesting and see what happens. When it's only the basement nazzis showing up, the world will realize what odious people they are and what they are trying to do.  It has already been established that basement nazzies are setting fire to buildings in an effort to discredit BLM protests.  They are trying to start a race war, and succeeding, with the help of Antifarts and other "useful idiots."

More violence is not the answer to violence.  And when every protest turns into violence, than more protesting is not the answer.   And let's face it, this stopped being about BLM a long, long time ago - about ninety days, to be exact.   America has lost patience with all of this, and whatever was hoped to be accomplished by these protests has been lost to the wind.

If we perpetuate this tit-for-tat violence, it will never end and it will not end well. Each new incident only insures the re-election of Donald Trump.  And that is exactly what the outside forces fomenting this agitation are hoping to accomplish.

Sometimes I wonder if both sides really want this result. The basement nazzies of course love Trump as he dog-whistles their racist an antisemitic views (the fact his daughter and son-in-law are Jewish doesn't seem to register with them).  The Antifarts want Trump re-elected so people become so desperate to vote for anyone, even Bernie Sanders-in-a-coma.

The sad thing is, this will lead to the death of American cities - again.  We will return to the crime-ridden, white-flight era of the 1960's and 1970's.   Already, people are buying up rural homes in droves, convinced that disease-ridden and violence-prone city life isn't worth it anymore.   How sad, as there was a brief renaissance of our cities in the last couple of decades, in spite of the agitation of (the same people, again) to preserve the "grittiness" of our cities as some sort of "cultural value."