Whatever Happened to A&P? 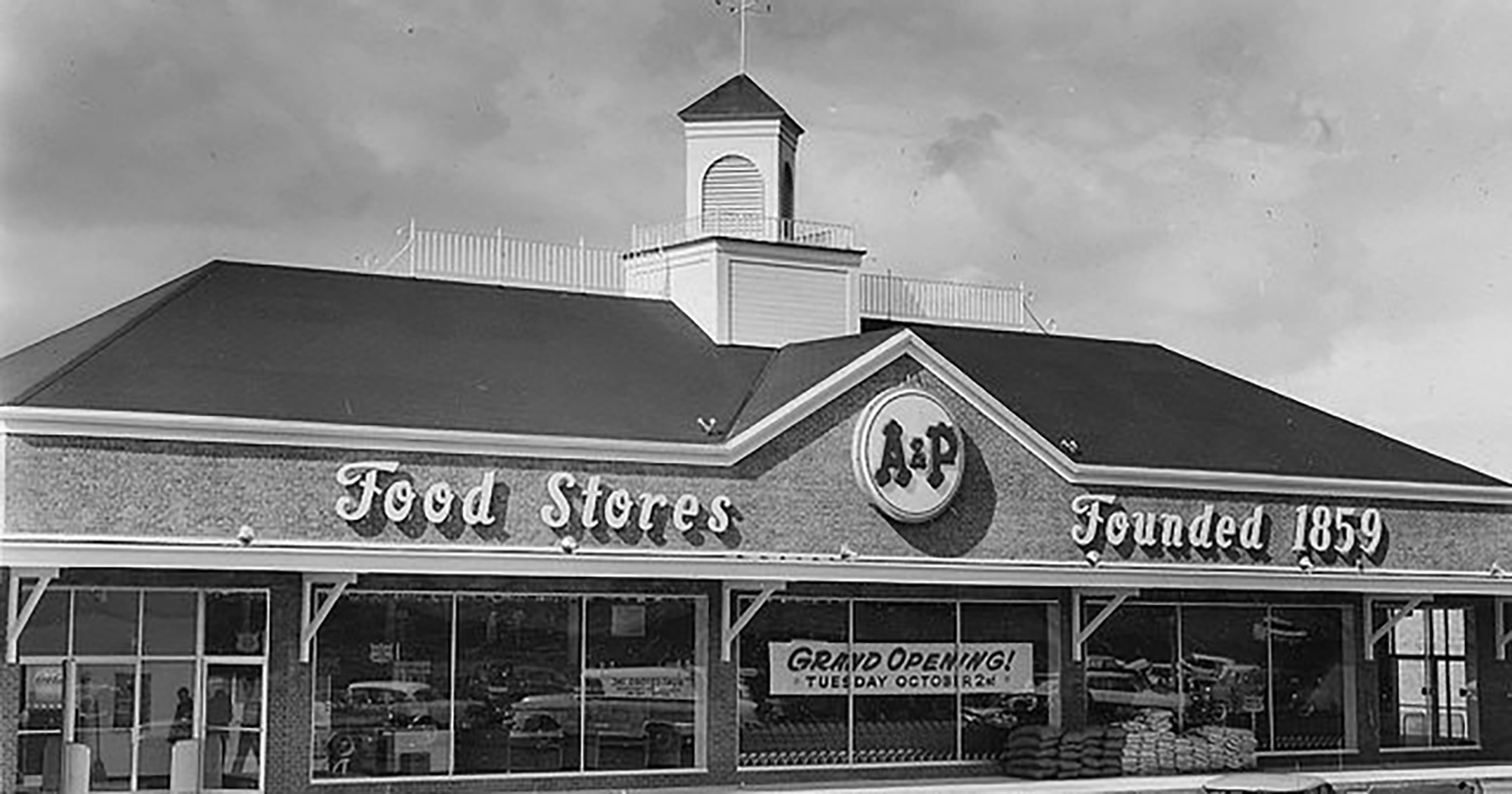 A&P was a victim of both capitalism and unionism.


Mark and I were talking about old line grocery stores as well as the demise of Sutton Place Gourmet – itself a subject for another posting. I was wondering whatever happened to the A&P Grocery chain and looked up the Wikipedia entry for it. As you know, the company went bankrupt during the last recession. But the history of the company is fascinating.  It was once the Walmart of grocery retailing - and one of the largest retailers in America - which resulted in it facing several antitrust suits. But even with that huge market advantage, they managed to go out of business over time. Perhaps that is something the folks at Walmart should think about - and probably do think about - on a daily basis.

What killed A&P? I think two diametrically opposed forces. First, capitalism - in that the founders of the company owned the majority of the stock and left this to their children. The children in turn, wanted the maximum return on their stock and demanded that profits be paid out as dividends and not plowed back into the company. As a result, the company was horribly under-capitalized during the supermarket era of the 1950s and 1960s.

In a way, this is a good thing, as I noted before - wealth dissipates rapidly over time, particularly if a wealthy person has a lot of children to divide up the spoils.  Each generation divides up the pile further, until there is little left. Dynastic wealth, in this country, rarely survives more than a generation or two.   At the end of the line are maybe some folks who can live comfortably off the remnants, and then the next generation has to go out and find a job.  From billions to nothing, in less than a few decades.  Worried about the 1%'ers?  Most of them came from the middle-class or even poverty.  Their children - and certainly their grandchildren - will return there.   Maybe one generation gets a free ride, that's about it.

While A&P pioneered many of the supermarket techniques used today, competitors didn't sit on their hands. They opened newer and even larger supermarkets and offered even lower prices. A&P had to scramble to keep up.  That's the nature and beauty of capitalism - no one sits on the throne for very long, particularly if they don't move with the times.

First to market is often last in the marketplace!

Compounding this problem was that as a union shop, they had to pay union wages. This alone wasn't enough to sink the company, as some other grocery retailers also paid union wages. However as a much older company, they had older employees who are paid more. One problem with Union wage structures is that people get raises for every year they work for a company regardless of whether or not they're more productive. Thus, a person in their fifties might be twice as old as someone in their twenties, and making twice as much money, but not even twice as productive - if even as productive as the younger employee who is paid less.

Over the years the share price slowly went down and eventually the company was bought out by an Investment Capital firm who then went on an acquisition spree, hoping that there would be profit in numbers. However with a massive debt load, the company staggered and finally fell during the recession, in 2015.

It is the same story that could be said about Sears or any number of companies out there.  Time was, Sears was the place to go on the weekend, where Dad could have his tires rotated and a new battery installed.  Mother could buy back-to-school clothes and supplies for the kids - and a new dress for herself.  Dad could browse the garden department and think about that new lawn mower.   At customer service, they could apply for credit and pay their bills.

Today, you can still do that, but the store isn't Sears, it's Walmart, which has a far lower cost overhead by shunning expensive mall locations and building their own cheap-ass "big box" stores, out of town where land is cheaper - and demanding tax abatement from the government in the process.

Sears lost its way.  People lost sight of the goals of the company, and succeeding generations lost interest, or demand huge paydays.  In a way, this is inevitable and could happen to Walmart as well.

Moreover whatever retail genius Sam Walton had, it's not clear that this is genetic. His offspring may have the best interests in making sure the company is profitable, but they may not have the necessary skills their ancestor did to make those profits.

What does this say about the colossus of day?  Facebook?  Amazon?  Walmart?  Maybe not gone in my lifetime, or even yours.  But in your kids' lifetime?   Probably a sure bet they will be gone, or mere shells of their former selves, with some new player in the marketplace taking over their space, or creating an entirely new one.

Change is the only constant.