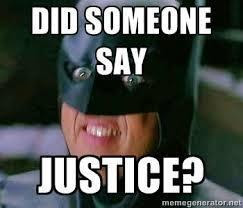 Some people rage for justice in this world. There are very unhappy and depressed people.


I was talking with a younger man at an RV park, and we were comparing notes about RV quality. He bought a Camplite trailer which is made of all aluminum. Mark and I had looked at them and considered buying one, but we were still happy with our Casita at that point. Unfortunately, Camplite was bought out by Thor Industries, the maker of a lot really crappy RVs and including the Airstream, and they decided to decontent to Camplite, including adding a rubber roof and making the cabinets less industrial. Within a few years, the company went out of business.

He was asking us about our Escape and whether we have any problems with it. I'm happy to report that we're very pleased with the product although like with anything else, there is bound to some small issues. For some reason Escape trailer Industries uses very inexpensive door latches on the cabinets which tend to pop open as you go down the road. We ended up replacing these within a few weeks of owning the camper.

It's a trivial thing, and they could fix it without too much difficulty.  And in fact, the company has been sold and perhaps new owners are going to go to a different latch mechanism - if they want to move the product more upscale and upmarket.

I also found one 110 volt outlet was wired with reverse polarity, something I noticed after I installed an additional outlet for my electric toothbrush. A trivial thing, something they could have detected using a polarity checker on each outlet prior to delivery. But it took all up about 20 minutes for me to unscrew the outlet from the wall and change the wires and put it back. Nothing worth driving all the way back to Vancouver to have fixed.

The gasket on the bathroom fan came loose, so I remove the entire fan housing and screen and re-attached the gasket with some silicone adhesive. I noticed some white overspray on the housing cap and on the screen, which I scraped off. It struck me as odd that this would be on a brand new camper. Apparently, they ran the fan while spraying some sort of paint or fiberglass inside the camper. Again, trivial thing and easily fixed within about twenty minutes with hand tools such as a screwdriver.  If you are going to go running off to a dealer for things like this, you will end up a very unhappy camper!

I mentioned this to my friend with the Camplite, and he was outraged. "This is unacceptable!" he said, "mistakes should not have happened. They shouldn't be using the exhaust fan during the construction process! You should take this back to manufacturer and demand restitution!"

I realized then why he lived alone with his dog. The only thing was, is that the Camplite that he had purchased was one of the last ones off the assembly line before the company went bankrupt. And he admitted that several of the pieces were missing or improperly installed in the trailer when he bought it.  Somehow he didn't have much much outrage over that.  He just went and fixed it.

Outrage is rarely a useful emotion. In a lot of people get outraged over products usually because they paid too much for them or realize they have onerous loan payments pending out for years. They purchased a new car or trailer or boat or whatever that are enjoying it, but then something breaks and they realize they have 5 to 10 years of payments (sometimes as many as 20!) on the damn thing before they actually own it outright. They also realize that they can't sell the thing for what they owe on the loan.

So rather than be outraged with themselves for taking on such an onerous deal, they get outraged the manufacturer for selling a so-called defective product. And, as I noted before, some people get so upset about this they drive their motorhome right into a garage and smash it up out of frustration.

But people have justice boners over an awful lot of other things these days. A lot of these black lives matter protesters are, in fact, white people who never been discriminated against in their lives. Most of them are the sons and daughters of middle-class or upper-middle-class white people who live in comfortable suburbs, who decided to destroy their lives by embracing anarchy or other extreme political philosophies, only because they don't want to get a job and pay off their student loans. They've been offered opportunities that most black people would be grateful to have, and instead of taking advantage of them, spit on them. And then they claim outrage that black people are discriminated against, something they have no personal experience with, whatsoever.  Their real outrage is with themselves.

The justice boner is closely related to drug use. As I noted before, I came from a family of drug users, and most of them had a justice boner of one sort or another. After many bong hits, they would regale me with how awful the world was and how things need to be changed before it was even worthwhile trying to succeed. This does, of course, become a convenient excuse not to try to succeed. And if you've been a failure at life, it becomes a convenient excuse for failure.

People with a justice boner will tell you that there's no point in even trying in life, as there are such greater issues at stake. Until Bernie Sanders gets elected president, why bother? Until Andrew Yang gives us all free money, what's the point of even trying?   But has history as shown, even if these unlikely events occur, odds are, they won't get off the couch and get a job.  Marijuana legalization was one of this big changes that was supposed to rock the world.  It has happened - in fits and starts - and not much has changed, or perhaps changed for the worse.

There are grave injusticess in this world, to be sure. And if you look around the world, you'll see most of the grave injustices are occurring in other countries. This is not to say we don't have our share of injustice, only than what we consider injustice pales in comparison to other countries. For example in places like Pakistan and India, people are being tried for blasphemy or being murdered for allegedly saying something against the prophet Muhammad. Meanwhile in our country we got upset because some transgender person is called by the wrong pronoun. We need to put our problems in perspective.

Injustice in most part of the world usually means scores of people being killed - without consequence or cause. Justice in our country usually means somebody not being served their half-caf decaf low-fat latte cappuccino-frappuccino in a timely manner while they refused to wear a face mask.

The way Americans tell it, that's worse than being boiled alive in oil.

Perhaps it is old age, perhaps I'm just starting to lose my mind, but I find myself caring less and less about these things. There are grave injustices in  the world and we should be concerned about them. But a lot of the trivial stuff you just have to let slide. Yes, I could have contacted the manufacturer of our trailer and make some stinking deal about these trivial problems, but in fact, I've already solved them with a few minutes of my time and a screwdriver.  If I had gone to a dealer, it would have taken a week or more to get the repairs done, and they likely would have messed it up anyway.

And having worked in factories where we made things, I understand the problems in manufacturing products. Not everything is going to be perfect every time, sometimes employees are lazy and slothful – often the same employees who have a justice boner.

From my perspective, I still got a good value for my money with this trailer as it seems very reasonably priced and the overall structure is very sound. Minor teething problems and whatnot will work themselves out within a few weeks or months. And in fact, most people end up modifying their RVs to suit their taste anyway. Yes, things could be more perfect and better made, but then again they would cost a lot more money. Maybe having better door catches and latches would be a nice thing, but I'd be willing to pay a $100 or $200 or $300 more for that?  Probably not.

And for many people, these RVs are something only used for two or three weekends a year, and maybe two weeks vacation. So for most people, these things hardly ever get used and so making them indestructible really makes no sense, financially. As an engineer, I realize there are trade-offs to design and cost and weight and everything else. Nothing is perfect in this world, and trying to make things perfect only makes them unaffordable.

If you find yourself having a justice boner, thinking everything should be right or perfect, ask yourself why this is. Chances are, it has more to do with you than the external forces at work. Whether it is justice in our government, society, the world at large, a product you purchased, or a service you engaged, the answer is probably the same. Chances are, the problem may lie more within yourself.  As I noted in that earlier posting on the book Ten Irrational Ideas:

This is not to say you should ignore all injustices.  But I find it odd that many of the people who are protesting today, failed to even bother to vote, claiming there's no point.  Meanwhile, their protest ensures that Donald Trump will be re-elected, perpetuating a real injustice.

Or maybe that is their goal - or the goal of the people egging on these protesters.   If you have a justice boner, it can blind you to being manipulated and get you to do things against your own self-interest  - and even the interests of the cause you claim to support.
Newer Post Older Post Home