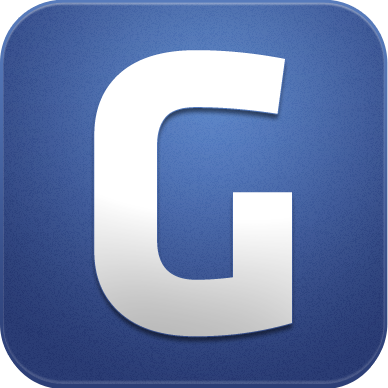 Gossip is part of human nature. What facebook has done is industrialized it and monetized it.

A friend of mine likes to gossip. We all do, of course - it is part of our nature to share the latest rumors or talk trash about someone. Not a pretty part of human nature, but one nevertheless. In the military, they call it "scuttlebutt" and oddly enough, it oftentimes ends up being more accurate than actual official proclamations. So people place a lot of weight into rumors and whatnot.

But oftentimes, these can go off the rails. No doubt you played the game "telephone operator" in grade school, where the teacher would say something to one student, who would repeat it to the next, and so on, until after 30 students had passed on the message, it was completely garbled. This is also a problem in electronic communications, which is why we have parity, checksum, and error correction codes (hamming codes and the like) to preserve the robustness of a signal, or at least indicate when it has been corrupted.

I opined before that things like subject-verb disagreement work the same way in language - as a parity check. If you "receive" a message where the subject and verb disagree, you may be inclined to distrust it, or at least ask for clarification. Sadly, grammar is falling by the wayside these days, and conjugating verbs (which sounds like something dirty) has been reduced to one simple tense, for all subjects. The verb "to be" is now conjugated as "I be," "we be,"  "she be," "he be," "they be," "you be," in ghetto slang - past tense, present tense, and future tense. Not a lot of checksum there.

But getting back to gossip, and example of this telephone operator effect was when a friend of mine came by one day and told me that the director of our island was tearing down the 4H center to build a palatial residence for himself. It was entirely untrue, of course, but it was another example of the machinations of the Coalition to Hate Jekyll Island, which is very good at spreading rumors and gossip just for the hell of it.

The problem with facebook gossip (and that is all it is - gossip - which is why it is trending toward an older demographic) is that it is broadcast for everyone to see, and a permanent or semi-permanent record is made of scurrilous gossip. We all say and do stupid things on occasion - again, this is human nature. But with ordinary gossip, such things die down in short order, whether what idiotic thing you did is the subject of the gossip, or perhaps the idiotic thing you did was gossiping in the first place.

But with facebook - and Twitter - well, careers are lost over saying one wrong thing. People over-react and engage in damning and shaming (and a little awfulizing as well). The torch-and-pitchfork contingent gets a mob started and before you know it, they are virtually lynching someone.

All fun and games, of course, but as the French Revolution (and the Soviet Revolution) illustrated, it isn't long before the executioners become the executed - in fact, it is inevitable, as they run out of people to execute, and everyone is an "enemy of the State" at one time or another.

So why is facebook any different? Why would it be better or worse? Well, like I said, facebook has industrialized and monetized gossip. In the past, Mama went down to the town well to fetch water and gossip with the other ladies. Not much harm done, spreading rumors - and gossip was considered to be just that, gossip. It was not deemed to be trustworthy information, and what's more, people tended to let things pass over time,

Not so with facebook - it is on your "wall" forever, or copied and forwarded to someone else's. And maybe that is why the younger generation likes these message sites like Instagram, where offending comments are erased after a short period of time. No permanent record of offense is made. However people do an end-run on this by making screen shots of comments and then re-posting them on - you guessed it - facebook.

Gossip, however, can be evil, even without electronic amplification. Human nature is a thing best not examined too closely, lest we understand what nasty little creatures we really are. Self-examination is a tricky business, and you may not like what you find out, if you look too hard.

I recounted before about a friend of mine who took me out to lunch every day for weeks, talking trash about the company we worked for and how it all sucked and how he hated it. Before long, he had me joining in, and of course, he repeated anything I said to my boss (or made up even more outrageous things). Before long, I was so depressed that I left the company (which turned out to be a good thing) and my "friend" ended up getting a promotion. Turns out I was the one in the way of his being promoted.

Did he do that on purpose? Well, technically, yes. But I doubt even in his conscious mind he realized he was doing it. The human mind is very powerful and very tricky, and we often do things subliminally without ourselves even realizing it.

For example, let's say Cindy is a friend of mine. She likes to gossip, and she tells me that Eleanor, another mutual friend, is doing something stupid. Of course, when she is alone with Eleanor, she talks trash about me, I am sure. Why does Cindy do this? There may be two subliminal reasons. First, Cindy wants to monopolize my friendship with her. Eleanor is a threat to her, in a way, as Cindy worries that maybe I will start hanging out with Eleanor more and more and less with Cindy. So she keeps us apart by saying nasty things about us to the other.

The other explanation could be (and both could work at the same time) that Cindy wants to be friends with Eleanor, and if Eleanor spends all her time with me, she will spend less time with Cindy. So this trash-talking works both ways, insuring that Cindy will be "popular" with both of us, but that we won't exclude Cindy from the mix.

Evil? You bet. Human? That too. A conscious choice? Hardly - this sort of thinking goes on in the lizard brain, the part of the mind that desperately works on keeping you alive. And while being popular with a social set may not seem like a life-or-death matter, it is indeed important, particularly in earlier times, when being shunned by society often meant starving or death. Folks who didn't fit it were often thrown out, or accused of witchcraft or whatnot. Conformity is a survival skill, which is why we do it.

Fortunately, today, being popular with your peers isn't as important in the past - even if it seems to be a life-or-death struggle in high school. You can walk way from gossips and being part of "society" whatever that means. Others find they cannot - they so desperately want to "fit in" to a social group that they will do anything to be part of it - including stabbing others in the back. And this is why, in part, we don't spend a lot of time on the Parcheesi club or care what the little old ladies (LoL's) think of us. Because once you go down that road, they've got you, and you have to dance to their sick little tune.

But that sort of desperate need for social acceptance is one reason why I walked away from Facebook. While once in a great while there is some piece of information on that site which isn't available elsewhere, for the most part, it is a pretty shitty place to get information. Most of the information is inaccurate and it is parsed in a manner than makes it impossible to figure out.

For example, some small businesses rely on their facebook page as the go-to for information on their business - hours of operations, products and services offered, and so on and so forth. The problem is, of course, that the "wall" of postings isn't really informative for anyone other than a regular patron of that business - who likely already knows all the information anyway. For a newcomer, a facebook page of a business is likely just to be confusing and a turn-off, as it looks to the outsider more like some private club than a business open to the public. I suspect a lot of small businesses that rely almost exclusively on facebook do so because the proprietor has a facebook addiction problem and rationalizes that spending hours a day on the facebook page is somehow "working" for the business.

UPDATE:  We stopped at a farm stand today - nice place.  The guy behind the counter confirmed my suspicions (unprompted!), telling me the owner's wife spends all day on facebook grooming their page, but not doing any actual work for the business.  What a coincidence!

So facebook really isn't a great place to get information of any sort. It is a great place to read and spread gossip, though. And that alone is one reason why we are in such trouble today, because gossip on facebook has the same value as factual data. You can post anything on facebook, and likely someone will believe it and spread it, virally. Vaccines cause Autism? Sure, why not? The world is flat? Seems plausible to me! This is how we got to where we are today.

Sadly, too little too late, Facebook and Twitter try to institute a "truth squad" to weed out most of the really egregious shit - which leads to calls of "censorship" by people who never read the US Constitution (but cite it often!). As I noted in another posting, one reason these social media sites have been as profitable as they are (or aren't hemorrhaging even more money than they are) is that they have had zero oversight in the past. Trying to "moderate" such sites is an expensive proposition, and let's face it, one reason people go to such sites is to get gossip - and if you censor that, the customers will flee.

So that's the problem with industrialized gossip - it can't be fixed. You can't "fix" facebook by weeding out egregious postings or "fact-checking" rumors. Because that is the very nature of these sites and people don't want to come to a gossip site if there aren't any wild rumors to read.