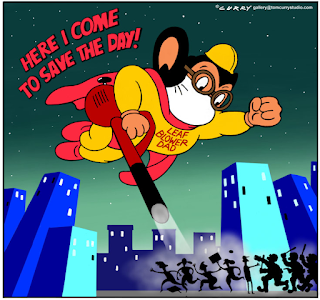 Do leafblower "Dads" actually exist?  Who are the Moms in the "Wall of Moms"?  Or are these just catchy click-bait names?


I wrote before about high-index words, a term Heinlein used in If This Goes On.  The word "Mom" resonates with people, for obvious reasons.  Even if your Mother was a drunken alcoholic who attacked you with the cutlery, you still have a reaction to that word.   After all, you suckled at her teat, quite literally.

Advertisers know that "Mom" will get to you.  So an internet ad blares, "Obama wants Moms to go back to school!" - although I doubt the former President would discriminate in such a manner.    Products are described as being "invented by a Mom!" or "Invented by a Teacher!" because, as I noted before, we know all-too-well how Dad's inventions end up working out.  Oh, Dad!

Yes, Dad is also a high-index word.  And even if your Dad beat the tar out of you, you have this Norman Rockwell image of a Dad helping you out with your Boy Scout Merit Badge projects, or telling "Dad Jokes" and just being this all-around nice guy, if not a little clueless - even if none of that ever happened.

So naturally, I was a bit suspicious when the media (yes, the media, not the protesters) started touting a "Wall of Moms" were protecting their precious babies who were protesting.   The image was one of 40-something mini-van or mini-ute driving, "mom-jeans" wearing, pre-menopausal women, locking arms to protect their brood. 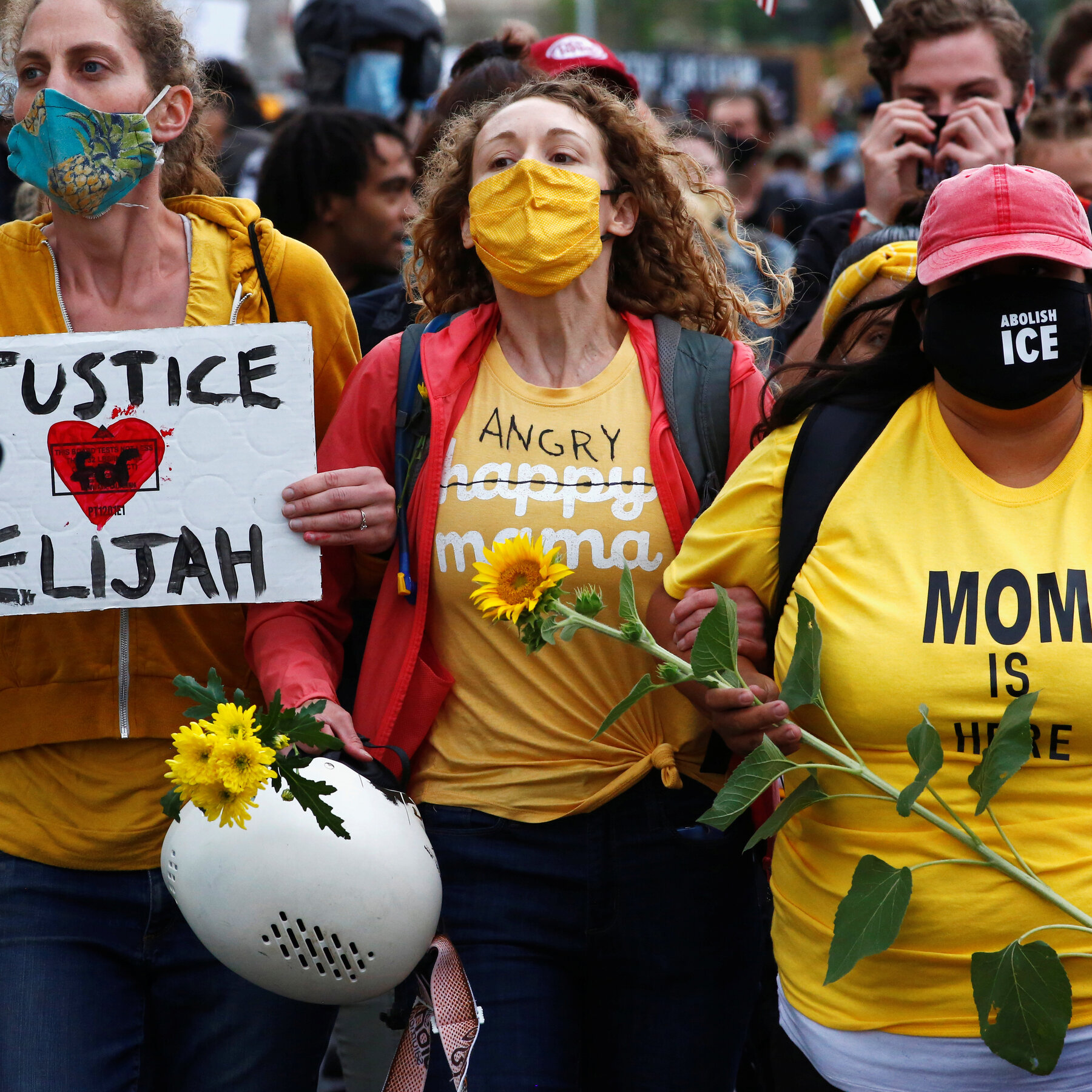 A "Wall of Moms" or just a group of protesters who are female?   These aren't the protester's Moms, these are just the protesters.  Wow, one black guy - at a BLM protest!

But a funny thing, in addition to being all-white, these "Moms" were awfully young.  Of course, it is possible to be a "Mom" as early as age 13, but I am not sure that was the image they were trying to project.  The "Wall of Moms" meme was designed to project the image that these protesters are just ordinary middle-class kids, protesting for their rights, and their cause is so just that their parents came out to help.   But this doesn't appear to be the case, and if you're going to lie to me, what does that say about your protest movement?

I mean, you get out the ladies from the Bridge Club and maybe I'll believe you.  But of course, they are all voting Republican, because they want you in jail and the streets cleared and their city back to normal.  This is how Democrats lose elections.

The "leaf-blower Dad" meme isn't  much better.  Again, we are being baited with these high-index words, to make it sound like good old middle-class Dad took a weekend off from obsessing about his lawn ("Hey you kids!  Get off my lawn!") to help out his children with their protest, whose cause is so just that a middle-class working guy would get involved with throwing Molotov cocktails.

But again, we have been baited and lied to.  And again, you can be a "Dad" as early as age 13 or thereabouts.  I know one wayward youth who knocked up his girlfriend at age 17 and said, "I'm going to be a Father!" - not realizing that Fatherhood has a lot more to it than implanting your seed.   The jury will be out on that for two decades, at least.   Likely, teenage Dad won't make much of a Father. 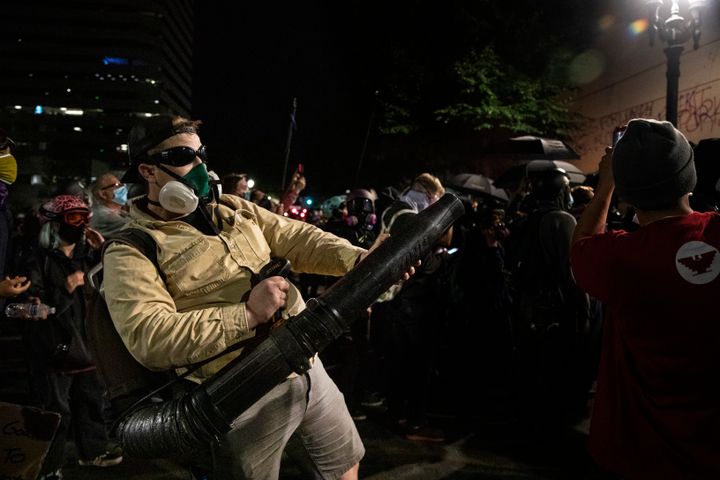 Leafblower "Dad" is just another protester with a leafblower.   This guy's "Dad" is at home wondering why the hell his kid is wasting his life.

Again, we are being lied to that somehow, middle-class, middle-income, working people are coming out in support of their children, and what's more, this is a good thing because these kids are protesting for a just cause.

Because in addition to the lie about "Moms" and "Dads" helping their kids out with a protest, the other thing they gloss over - lie about - is that this is a "Black Lives Matter" protest, and not just some all-white  Antifarts and Buggery Boys going at it in the streets, discrediting the BLM movement.  We are already aware that "Black Umbrella Man" is a white supremacist and a Hell's Angel who set fires and painted graffiti in Minneapolis with the explicit intent of discrediting the BLM movement and starting a race war.

So... Antifarts to the rescue?  I think not.    The best thing white people can do is go home.   If they did this, the demonstrations would be truly "peaceful" and it would be far easier to spot the white troublemakers in the crowd.

But like so much else, white people have to take away from blacks.  Those silly blacks don't know how to protest!  We white folks need to "organize" by jumping on the hood of a Police car and then declaring the Police to be "aggressors"!   We're helping out the blacks because, well, you know, they aren't as smart as we are!

You see how racist and narcissistic this is.   ANTIFARTS GO HOME!   Stop trying to steal the light from the BLM!

We understand why the Buggery Boys (White Supremacists) are at it - to discredit the BLM movement.  But you Antifarts?  You claim to be "helping" but all you are doing is helping yourself and having a good time.

Of course, the question remains why the media is complicit in this - telling a narrative of "Moms" and "Dads" helping out their children with rioting.   And the answer isn't, "The liberal media, man!" but rather it sells clicks and the media today is all about selling eyeballs to advertisers.  Maybe the "Wall of Moms" was something the protesters concocted and the media went along with it, as it had a good selling angle.  But "leafblower Dad" appears to be created from whole cloth by the media itself.  It makes a nice bookend to "Wall of Moms" don't it?

Such a shame, too.  It seemed like this time, it would be different.  Count on whitey to fuck up a wet dream.
Newer Post Older Post Home