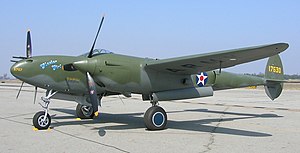 
I was reading a depressing piece today that says that Greenland is going to actually become green, as all the ice melts away, revealing layers of US Army Air Corp planes that have been long buried there.  This means sea levels will rise six meters (that's about eighteen feet for us Americans), flooding New York and most coastal cities.   Oh, what will we do?

There is, of course, a lot of other bad news, including President Bad News himself, planning on barricading himself in the White House, if he doesn't win, and threatening World War III unless we let him play President-for-Life.   Well, that's what Hillary thinks, anyway.  Let's hope she's wrong.

Oh, and this pandemic thing.  Rioting.   Income inequality.  Wealth Inequality.  Terrorism.  Wars around the world.  Migration.  Worst of all - calling people by the wrong pronouns.  The horror of it all!

But bad news is the definition of "news" and has been so since time began.   It is in our nature to seek out the downside to everything.   When I was very young, it was the Cuban Missile Crises - I was too young to remember, but my older friends remember being sent home from school because World War Three was about to start, so you might as well go home and hug your parents, because it was all over.

The scary thing is, of course, that the threat of nuclear annihilation is now just background noise, and we are used to that level of stress.  Yet, if you think about it, for every year that goes by, the probability of someone tossing a nuke (likely some third-world country like North Korea or Iran) is pretty finite.    If you add up all those probabilities, it comes out to a certainty.   If I flip a coin that has only a 1% chance of landing heads, and flip it for a hundred years or more, well, eventually you will hit the jackpot.

Hey, I thought this posting was about "Good News" - don't be a downer!

But getting back to the narrative, the news didn't get much better over time.  The Vietnam War, Assassinations, Rioting, Oil embargo, Nixon, Watergate, Stagflation, Iranian hostages, Iran-Contra, the first Gulf War, Monica Lewinsky, 9/11, the Second Gulf War, various real estate and stock market crashes, and so on and so forth.   The media has always had some red meat to feast upon when it comes to bad news.

So what's the good news?  Good news is often things that are never reported, because they too, are like background noise.  We don't think about how lucky we are to be raised in a world where Polio was conquered and many childhood illnesses vanquished, until the bad news comes out that some idiotic Karens think vaccines cause autism.

We harp about income inequality, but at the same time fail to realize that over the history of mankind, income and wealth levels have risen steadily over the years, to the point where we are today, where real wealth is higher than it has ever been in the history of mankind.  World poverty levels are the lowest ever measured by the World Bank.   The largest health issues affecting most Western countries are not things like malnutrition, but obesity, because we are awash in a sea of inexpensive food.

A lot of people complain that they have it so bad, because housing takes up 1/3 of their income or more.   It was pretty much that way back in the day and will continue to be that way in the future. Most people's real complaint is that they don't have the housing arrangement they'd like to have, or what their parents had - and well, neither do I.   But in terms of overall wealth, we have things today that our parents never dreamed of - and what I read about as science fiction in my youth.   My battered old laptop that I am typing this on, that I paid $100 for, has more power than a Cray "Supercomputer" of my youth.   Hell, I have a hand-held computer that has far more power - the cell phone.  We are a far wealthier nation than even in the immediate past, and I can attest to that having lived in the immediate past.   We haven't had gas rationing since I was in college, for example.

But what about the pandemic?  Surely it will kill us all!   Well, not likely.  And like any crises that goes on long enough, it becomes background noise.   Life is returning to "normal" or at least a new normal.  Despite all the politics and hoopla, the death rate is slowly declining, and indeed, the infection rate, after peaking, is declining again.  Will there be more peaks?  Perhaps, especially with school reopening.   But as treatments improve and vaccines are developed, the virus will go away - which all viruses do, over time.   Life will go on, although that is cold comfort to anyone who dies or loses a loved one.   But the death rate has dropped to less than 1% from all appearances.   This is not the end of mankind as we know it.

And global warming?  Well, the Greenland article is a bit misleading.  Global ocean levels are not rising at feet per year, but in millimetres.   The most aggressive estimates are that by the end of the Century, levels could rise to three feet.   But that is a high-end estimate.   Others claim even higher levels, but based on nothing being done in the interim.  The good news is, some things are being done, and in fact, due to the pandemic, global CO2 production has likely fallen in the last few months.   Not only will solar panels and electric cars reduce carbon pollution, but we are finally realizing that driving all over hell's half-acre is really pointless.  Getting in a car and driving an hour each way to work so you can sit at a desk with a computer is stupid - not when you have a computer at home.  The death of the car-based economy may be at hand.   Someday there may be a beltway museum in Washington DC, when that roadway is replaced by a ring of green space around the city.  Maybe.

This does not mean that everything is good news - it never is.   We have to take the good with the bad.   But realize that most of the world's "problems" are problems of our own making.   The world's religions exhort us to "go forth and multiply" and to strap on suicide vests and kill our fellow neighbor who does not believe as we do.  Mankind is an an animal, like any other, and will fight to occupy every ecological niche where there is some advantage to be had.  It is in our nature to survive.

The good news is, there is also another aspect of our nature that helps negate this - the part of us who thinks things through critically and analytically and comes up with solutions to the problems we have created.   We created civilization to attenuate our baser instincts - to aspire to more than merely the "Gimmie, Gimmie, Gimmie" of human nature.

Funny thing, there is an election in a couple of months, and the choice seems to be civilization versus "What's in it for me?"   We have a choice of "America First" or "Mankind First" it seems.   There will always be people who will sell out mankind, if it means a nickel more in their pocket.  And sadly, many will use religion to justify this (hey, End Times and all - right?).

The good news is, many folks are voting for civilization.   Whether or not they win, remains to be seen.  Getting depressed by bad news and doing nothing, however, is not the answer.