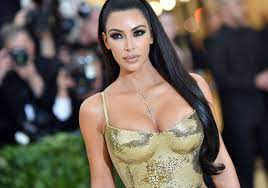 Does following celebrities make you stupid, or do stupid people follow celebrities?

A recent click-bait article claims that "scientists" (In Hungary of all places) have proven that people who obsess about celebrities have lower-than-average intelligence.   You don't need a scientific study to prove this, though - all you need do is glance at the magazines at the checkout of the grocery store - they are all about celebrity obsession and gossip.  Celebrity worship has always been the hallmark of dullards and the poor (which tend to overlap, a lot).

But it raises the question - does worshiping celebrities make you stupid, or do stupid people tend to worship celebrities?  It is an interesting question, and I would lean toward the latter, particularly in view of the rise and fall of Donald Trump.  Stupid people think that politicians are celebrities - and indeed, and old joke posits that Washington DC is "Hollywood for ugly people" as our political "celebrities" are rather awful to look at.

But nevertheless, people, particularly today, obsess about their favorite celebrity politician who "tells it like it is!" on Twitter, at least until their account is suspended.  Celebrity worship was, until recent times, a pretty harmless pastime - the celebrities being worshiped were movie stars, rock stars, or sports heroes.  Today, political movements are based on celebrity worship, and this is problematic, as to followers, their favorite celebrities can do no harm.

Consider Michael Jackson.  Taking aside his inappropriate behavior (at the very least, rape at the worst) with young boys, his lifestyle was "odd" to say the least.  Everything from his bizarre "Neverland Ranch" to his mincing weird high-pitched voice, clothing choices, hairstyles, and serial facelifts was enough to turn away most folks.  But a legion of fans adored him, and kept adoring him, long after it became clear that his oddities went beyond eccentricity and into the realm of exploitation and abuse.

But even today, there are "MJ" fans who haven't given up.  And the same is true for a host of celebrity followers who praise their false Gods despite their dramatic faults.   What's worse, is that people look to these celebrities for political, spiritual, and financial advice.   Every Academy Awards show is dragged down by some winner looking to use it as a platform for their pet cause ("Free Tibet!")  and as a way of virtue-signaling ("I'm better than you because I care!")  But other than Keanu Reeves, few celebrities seem willing to share their vast fortunes with the less fortunate or sell their Beverly Hills mansions to feed the homeless.

As a celebrity you can make racist comments or claim to admire Nazism or beat your wife and still not lose a single fan.  As one famous celebrity once noted, they could "Shoot a man on 5th avenue and no one would blink an eye!"  He also famously said, as a celebrity, you can grab women "by the pussy" and he was pretty much right on both counts - we let celebrities get away with murder - often quite literally.

In recent months, we have heard stories about celebrities hawking sketchy investments, such as alt-coins.  Celebrities are telling their fans not to get vaccinated.  Celebrities are pushing their bizarre religious beliefs as well.  And the fans eat it up.  The celebrity can do no wrong!  Even after they lose all their money, they don't lose their faith.

Faith.  Another place where celebrity has taken over.  "Pastors" of mega-churches take in millions of dollars every year from the "faithful" and no one blinks an eye.  In fact, they fall all over each other trying to out-donate.  I know a couple (now deceased) who spend their last years in dire poverty - after giving away enormous sums of money to an evangelical church.  Hey, but they got their name on a pew, and on a plaque under a stained-glass window.  Surely that's enough cred to get into heaven, right?

I wrote before about fandom and how stupid it is.  People trade their own lives for the prospect of being a "fan" - a mere shadow or reflection of someone else's greatness.  Now granted, for every performer there has to be an audience, and it's OK to be an audience member (provided you turn your cell phone off, please!).  But to idolize people on stage and revere them as Gods - something is deeply wrong about that.

Lately, this whole fandom thing has been taken to a new level with the rise of "influencers."   People set up YouTube, Facebook, Twitter, TikTok, and other channels and then make provocative posts about things to get clicks and likes.  People who "follow" influencers and buy the products they hawk seem to be prime facie evidence that the Hungarian study about celebrity followers is correct - they're blithering idiots.

To be sure, we have always had celebrities, but in the past, they were perhaps not so famous or influential - or maybe they didn't know back then, how to cash in on their fame.  Today, it seems we have a few celebrities and then armies of mindless followers.  The Zombies have arrived.

Andy Warhol once opined that in the future, everyone would be famous for 15 minutes.  He basically anticipated the Internet.  It is possible today to be a "celebrity" and influencer in a very small way, without going through the hassle of being a movie star or rock star or learning to play a sport.  You can influence just by being an influencer.  I see countless channels on YouTube of ugly people staring into the screens of their laptops and muttering conspiracy theories - and they have thousands of followers!

Few people actually read anymore, it seems.  To me, the Internet is becoming more and more frustrating, as I want to read articles and consider their contents, in a contemplative manner.  But every site out there wants to show you a video- usually popping up on the side and you have to "X" it out.  Everyone wants you to listen to their podcast. Nothing, it seems is written down any more.  Want to bake a cake?  You don't read a recipe, you watch a YouTube video!

So it is interesting to me that we all have to become video stars, or perish.  People who have a video "presence" will succeed in life today.  30 years ago, it was the guy who could write a good letter or a story or an article or a book or whatever.   And perhaps since the pandemic, this is especially true - we all have to be "stars" of "zoom" meetings and have a good video presence, in order to succeed.

I guess old Andy Warhol was right.   But who will be the audience when everyone is a celebrity?