Things You Should Never Pay For - or Pay Much For! 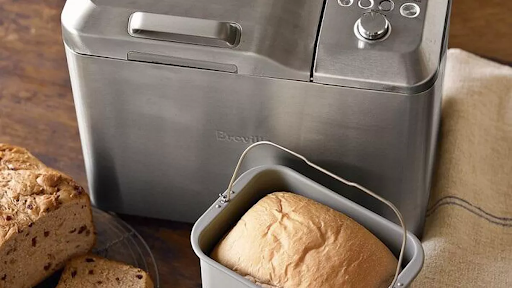 Small appliances are a huge mark-up item for retailers.  Yet they can be had cheap secondhand.  Odds are, you will find out you didn't want one in the first place.

We've had a lot of small appliances over the years.  Counter-hogs I call them - they take up so much space and have limited uses.  Consumer magazines always put single-use appliances at the top of the "useless" list and I have to agree.  I have to agree having bought so many of these machines over the years, only to get bored with them and let them sit in a cabinet somewhere or sell them at a garage sale (or donate to Goodwill) for pennies.  I've also bought such machines at garage sales or Goodwill for pennies, and the experience was about the same as buying them brand-new, other than I also had the satisfaction of not paying very much.

Take bread machines.  Back in the 1990's it was a real fad.  All the morning talk shows (which we watched religiously back then) talked about them and one Christmas, I think I bought one for Mark.  We had a lot of counter-hog appliances back then, but Mark worked for Williams-Sonoma and later for Sheets 'n Things and got a lot of these things for a few dollars as "scratch and dent" items.  Williams-Sonoma was so crazy back then with their return policies.  One lady brought back an appliance that they didn't even sell and the store manager gave her money "back" on it.  It sat in the back room for years until the GM told Mark to take it home if they wanted it - I think he declined.

Speaking of crazy - that was the Tyson's Corner store.  They had the store on one level and the storage area on another.  So they had this brand-new Chevy van they used to haul merchandise between the levels.  It never left the mall parking garage.  It was like five years old and had 3,000 miles on it (oil never changed, no doubt) and the battery went dead - so they went back to using carts.  Again, the GM or DM told Mark to keep the van if he wanted it and foolishly he said, "What would I want a van for?" and by the time I talked some sense into Mark, another employee pounced on it.  It would have come in handy for his catering business.  But I digress.  Retail is so wasteful sometimes!

Anyway, we used the bread machine for year or so.  It made these odd-shaped loaves of bread and it was OK, I guess, but over time, maybe the heating elements got weak or something, as the loaves got smaller and smaller.  It got put away in the back of a cabinet and then taken out a year later and rediscovered and then we got bored again.  Eventually, it was sold at a garage sale, when we had stopped using it for several years.  I am not sure that the point of it was, as you can make bread (many do!) without a machine.  Bread is also one of the cheapest staple foods out there, even those fancy breads.  So I am not sure what the point is.  Better bread?  Not really.  Saving money?  Plueeze!

Last year or the year before, a friend of ours gave us a bread machine, and it being a pandemic and all, we decided to give it a try.  Oddly enough, it seems everyone else had the same idea, as the local grocery store was sold-out of yeast and bread flour.  It worked OK, I guess, and we used it for a couple of months and then.... back into a cabinet somewhere.  Bread isn't bad for you, unless you eat huge quantities of it.  It is like anything else - you consume cyanide every day and it doesn't harm you.  Eat enough of it, it will kill you.  Bread will kill you a lot more slowly, of course, unless you choke on it.

The great thing about the internet is that you can find lots of documentation for older appliances.  I typed in the model number of the bread machine and downloaded the user manual and a cookbook from the manufacturer.  It makes OK bread, but lately we have been experimenting with making pizza dough with it.  I want to try using it in dough-mode to make dough that we can later use in the oven to make normal loafs of bread, boules, or french bread loaves.

Could we have lived without the bread machine?  Sure.  But it was free - or at least the second one was.  And in fact, over the years, I have seen many such machines sold at garage sales for pennies, once the fad wears off.  Today's "must have" insti-pot/slow cooker/air fryer/microwave is tomorrow's garage sale fodder.  People shell out a ton of money on these things and then later on discover it hasn't changed their life forever, or in fact, done much of anything.

I am deeply suspicious of any trend that causes people to do things en masse.  Crowds are irrational and dangerous, and usually they are on their way to some sort of crucifixion, witch burning, or stoning.  So when I see dozens of "people" on the Internet ooh-ing and aah-ing over the latest piece of techno-garbage, I get very nervous.  When I see a pyramid of these appliances on display at WalMart and all the plebes scurrying to get one in their cart, I get very turned off.

If you really want to find out what the fuss is all about - no matter what the "must have" appliance or game or tech crap or whatever - just wait a year.  Pretty soon, it will be in the bargain basement section or you will see one for sale, cheap, on Craigslist or whatever.  People get bored with this trendy shit in a real hurry and these things end up in a drawer somewhere or pushed to the back of a closet.

It is funny, too, how quick we are to kick things to the curb.  At Goodwill the other day was a pristine, never-been-used Faberware electric percolator, art deco style right out of the Raymond Lowey sketchbook.  We bought it ($5!) for the camper and it works great.  We both remember, as a kid, getting out the electric perkolator and our parents saying, "Put that away! We have Maxwell House instant!" which parents of that era thought was "good coffee".  Besides, the percolator was a wedding gift or something and was expensive (probably $5 back then!) and you might break it or something.

People go ga-ga over a "cartridge" coffee maker that increases the cost-per-cup by a factor of five or more, (not counting the cost of the machine itself) and yet overlook perfectly good percolator devices and coffee machines (of all sorts) which are cheap or sometimes even free.

But of course, the "logic" if you will, at the time, is that "I can afford to pay $200" [or $300 or $500 or whatever] "for the latest and greatest thing everyone is talking about, because I am making good money!"  And that was the logic I used, over a lifetime, thinking that "keeping up" with technology and styles and trends was somehow living and not just squandering my life forces.

Because that is what it is.   I get some pushback from some folks that I am obsessed about money.  But no, I am not.  Lack of money and debt - yea, those things concern me.   Today, I am debt-free and as a result I don't have to worry about money, except perhaps running out of it.  But since I earn more in dividends, interest, and capital gains (at least in recent years) than I spend, it isn't much of a worry.  Even if my portfolio went flat, I have enough cash to last another 30 years or so, God willing.  Others are not so fortunate.  In fact, most are not.

Unless you are born into wealth, it takes labor - your life force - to earn money.  And no matter how much you make (or think you make) every bit of spending is dissipating that life force.   Every new car you buy is another year you have added to your working life and one year subtracted from your retirement.  But of course, we don't see it that way - retirement and "old age" sneaks up on you and one day you wake up and wonder what the fuck happened.

It is funny, too, how you look back, even a few years or a decade, and think about how your priorities have changed, how your interests have changed.  When we moved to Jekyll Island, 15 years ago or so, we had five cars, two boats, two houses, and a ton of "stuff" that we thought was oh-so-important.  We also had jobs and thought our potential income was unlimited - when in fact it is a finite amount.

And I guess you can say you did it and look back on those experiences.   And yes, you also look back with regret at each missed opportunity.  Mark still kicks himself for not taking a free van.  But you can't go through life with regrets.  All you can do when you make a mistake is pick yourself up, dust yourself off, and try to learn something from it.  If you can learn from someone else's mistakes, so much the better.

And no, spending $200 on a bread machine isn't going to bankrupt most folks, although that money, invested over time, would be worth over $1000 today.   If I had waited a year or two, I could have had the same machine for nearly nothing.

Paying extra to be trendy or have "the latest thing!" is one mistake I made in life.  A simple thing, really, but once you "have to have" something, you might as well just hand them your wallet.  The marketing people create this "buzz" to sell products at premium prices, whether it is "hard to get" concert tickets, a tickle-me-Elmo doll, or a new PlayStation that "scalpers" are "hoarding".  It is a gag they have been using against us since the dawn of time.

Being trendy or having the latest gadget is not wealth, it is anti-wealth.

UPDATE 2020:  Someone was giving away a brand-new bread machine that had only been used once, at the campground book exchange.  So we dropped off our old bread machine and snagged the new one.  We use it, maybe once a month. You can make pizza dough with it.   For the price (free) I guess it is OK.  But then again, you can buy a 1-lb ball of pizza dough at Walmart for $1.50 or a pre-made crust at the dollar tree for $1.25.  But that's the subject for another posting....