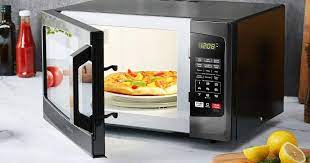 We get used to things being faster, and then become complacent.

A reader writes, in response to my last posting, that the actual cost of data has decreased over time.  And this is very true.  The cost per bit or byte has plummeted over time, in terms of transmission costs and storage costs.  My first hard drive, 20Meg was like $400.  Today that buys 4 Terabytes or more.  A cell phone can easily download 10 Mbits per second, the old dialup modems in school maybe did 110-300 bits per second. The cost per bit or byte has dropped by a factor of thousands, perhaps millions.

The problem isn't the cost, but my frustration that these advancements in storage and speed are squandered by padding out the coding and the data such that nothing ever is really faster.  Worst yet, the coders all work in offices with high-speed connections, with servers located mere feet away in some instances.  Elaborate coding that works in the lab slows down to nothing in the real world, particularly if you cannot afford "top tier" service.

Whenever we move from one mode to a faster one, it seem so fast at first.  Going from dialup to DSL or Cable Modem, for example, seems like lightning at first.  But within a year or so, the dreaded "Loading" icon (hourglass) appears and we are back where we started.  We have more bandwidth, so we use it - to the point of the threshold of pain.

But, I also thought this also might be a problem of the Microwave Effect.  A comedian once noted that back in the day, if you wanted to make a TV dinner, you had to preheat the oven to 350 degrees and then cook the damn thing for thirty minutes.  Today, we have microwave ovens that will cook a meal in a few minutes.

But even that is not enough.  We stand there and say, "Come on!  Cook Already!"   Can't they make a microwave for the microwave?  Many a hot pocket has been consumed that was still cold inside, methinks.

So maybe it is the microwave effect.  Things are faster, but we get used to faster data speeeds and then say.... "Come on!  Cook Already!"

That being said, I strongly suspect that 5G will be a big nothing.  Sure, things will appear to be faster, at first. But within a year, we'll all be streaming video at 4K and the dreaded "loading" hourglass will appear and we'll be right back where we started!

No worries, 6G will fix all of that!