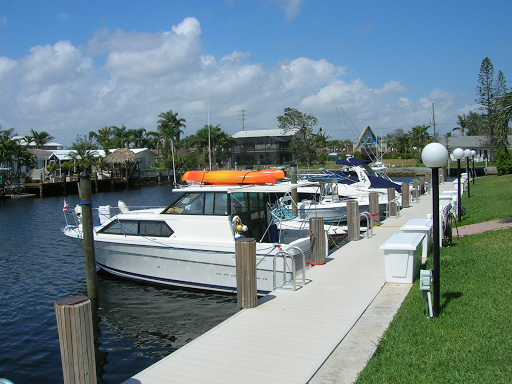 Experiences are better than owning things.  Experiences last a lifetime, things do not.

I noted in an earlier posting about College Sports:

A friend of mine left college to go play for such a farm team. He told me, in all earnestness, that he didn't expect to make it to the majors, but instead he could play for a few years until he aged out - and live a lifelong dream of playing professional baseball.

My friend walked away from a career at General Motors and a degree from General Motors Institute in order to play minor-league baseball for a few years.  He was a interesting fellow, from Pennsylvania, and he liked to hunt and fish and whatnot.  When I asked him if he hunted deer, he made a motion of a rifle pointing at the ground and said, "No, just small game!"   That stuck with me for some reason. Besides baseball, he was happiest walking along the railroad tracks, plugging away at rabbits, squirrels, raccoons, and the occasional possum.

I am jealous of folks like that - who find such complete enjoyment in simple things.  You see people by the side of the road, fishing in a culvert or off a bridge, with an old rod and a 5-gallon bucket.  They sit or stand there for hours, saying nothing, but just fishing, and completely content.  Must be nice to find happiness in simple things.  We all can do it, too - if we put our minds to it.

Our little island is changing. Yes, the real estate bubble is hitting here as well - and it has all the hallmarks of a bubble, too. People are panic-buying houses at asking price - or above - and then throwing a hundred grand or more in remodeling costs.  It feels a lot like the late 1980's and the mid-2000's to me. Same old thing - houses sold in a matter of days, or even hours, with multiple contacts with escalation clauses.  It never ends well.

But as the island redevelopment - scheduled for 2008 but delayed due to the recession (remember that?) - is finally underway, more housing units and new hotels are being added - replacing the empty spaces where five hotels were bulldozed into the ground.  It will be a different place, but still not quite Hilton Head or the Outer Banks or any part of Florida (Thank God!).

But back when it was "Georgia's Abandoned Island!" you could drive your golf cart (or indeed, car) anywhere on the island, even down the old fire roads.  You could park at the site of one of the bulldozed hotels and then go to the beach and never see another human soul.  But all that has changed - they have roped off more and more areas, and in some instances, put chains across the road with large padlocks.  The Jekyll Island Club has installed new gates to keep pesky golf-cart drivers at bay.  It used to be a neat shortcut, but it is blocked off, at least part of it is, anyway, for now.

So things have changed, and stuff we used to be able to do, we can no longer do.  We were commiserating with a local friend of ours, a good-ole-boy who has been here since the paint dried.  His reaction was, "Well, at least ye can say ye did it!" which struck me as an interesting insight.

Too often, we fear losing "things" or mourn their loss. It was hard to give up the lake house, for example, but when we talk about our times there, we realize why we sold it.  It took on a "been-there-done-that" quality.  It was fun to take the boat to the winery across the lake, sample the wines, have a nice lunch, and then walk back to the boat with a case of wine.  We'd stop the boat in the middle of the lake, open a cold bottle from the refrigerator, and then jump into the cool, clear water.  But then the owner of the winery closed the restaurant and the fun factor dried up considerably (he was a bit of a nutter, I'm afraid).  And once you've been to every winery on the lake - and all the other wineries, well, it gets a bit old.

It is like a friend of ours who had a boat in Pompano - and never used it.  "Once you've been to every restaurant on the ICW twice, you're done!" he said.  And his wife never was comfortable with taking it out in the ocean, even though it was a 40-footer.  And the cost of gas meant that travelling anywhere with twin big-blocks was a 0.5 mpg proposition.   Want to go to Key West?  Better bring a few thousand dollars with you, just for gas money.

But oddly enough, he never sold the boat.  He hung onto it, coming by every other weekend to hose off the bird and iguana poop and maybe try to start the engines.  About every six months, he had a mechanic come out to get the engines to work - as sitting in salt water, they slowly degraded.  Rather than live with the memory of the fun they had, he felt he had to keep the boat, and watch it degrade over time and drain his checking account.  His widow sold the boat for nearly nothing, or gave it away to "Boat Angel" or something.

We see a lot of older men, in particular, do this - keeping a hobby car in the garage that never sees the light of day.  Maybe years ago they drove it around the island every few days, but then they got bored with it.  They can't sell it because that would be "giving up" or something dumb like that.  So this thing they once enjoyed becomes a 4,000 paperweight.   It makes no sense.

My friend is right, "Ye can say ye did it!" and then move on.  We had a boat - three of them in fact.  They were fun and we did amazing things.  We took our last boat on a trip around the Florida circle - from Pompano to Key West and then up the West Coast, across the Okeechobee waterway through the center of the State (the lower half of Florida is technically an island) and then back down to Pompano.  That's how I know about the gas thing - it literally cost thousands, at $4 a gallon on the water.  It was fun, but when the time came, we sold the boat.  We can say we did it.

Mark has the idea that maybe someday we can buy a secondhand Trawler and go up the ICW to New York, across the Erie Canal, and down the Mississippi - the "Loop" they call it.  And some folks do this.  We ran into a couple who did this, years ago, and then kept the boat at their dock, never to be used again - for a decade or more.  They were trying to sell it, but the fiberglass had cracked and the core was balsa and had soaked up rainwater and rotted - basically ruining the boat, which was now worth little.  Smarter people do "the Loop" and then sell the boat, because a trawler-type boat is good for traveling and not much else.  Even if you are a boating fanatic, odds are, you aren't going out for a day trip in a 40-foot trawler that barely does 8 knots.  Not going far, anyway.

So yea, I miss the old days when we kept a BMW convertible in long-term parking at Hollywood airport in Florida and flew down once a month to our condo and boat.  It was fun, for a while, but even that took on a "been-there-done-that" flavor after we visited every restaurant on the ICW twice.   Sold it all and moved on.   Sure, I could have kept the car, but if I drove it at all, it would have 200,000 miles on it by now.  And leaving it in the garage as a 4,000 pound paperweight makes even less sense.  Things get old, things wear out, we wear out, and it makes more sense to move on to new things and new experiences.

Yes, you can make things last longer, with proper care and attention.  But eventually, you either have to throw them out, stop using them (and keep them in a display case) or completely overhaul them.  The last two options are costly and often pointless.  And it is better to leave wanting more than to wear out your welcome and leave bitter and disappointed.

And bear in mind that eventually your widow will sell this crap.  It won't be around forever.  Jay Leno's car collection will someday scatter to the four winds - much as the Harrah's collection did, some of which ended up in Jay's garage.  Things are not forever.  The material is mortal error.

I can say I did it - and that there are new adventures around the corner for us to enjoy.  Right now, it is our new camper, which I guess is now three years old.  I can see a day will come when we will say "we did it" and move on to the next thing.  Overseas travel, perhaps, before the world becomes such an inhospitable place that such travel is too dangerous (as it has become, in so many places, in the last two decades).

And my friend the baseball player?  I lost touch with him in the intervening 40 years.  I hope he had a chance to chase his dream and play for the farm team for a few years.  It was what he wanted to do, and he can say he did it.  A career at GM might have been more financially rewarding, but then again, if you do something that makes you unhappy for 30 years, just to cash a paycheck, what's the point?   Worse yet would be doing that and saving nary a penny to do what you want to do later in life.

Not everyone in the world - or even in our country - have such choices.  But you'd be surprised at the choices you do have. I recounted before my "20-something" friends who quit their jobs and hitchhiked around the world - twice.  They got a lot of push-back from people saying they were crazy to do it - they were walking away from jobs and careers!   But today, they are 40-somethings with kids and good jobs and careers and even a house they own.   So they didn't derail their lives as some predicted.

And they can say they did it!