Did We Dodge a Bullet? Yes and No. 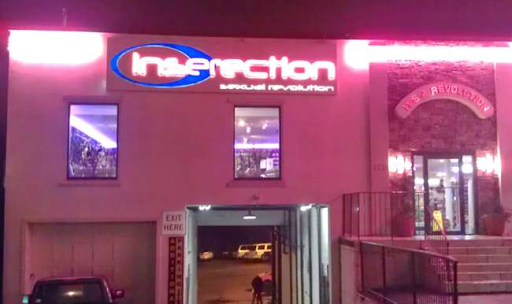 The 2020 election could have gone either way - or not.

A reader writes that I have it all wrong - the 2020 election could have been thrown to Congress, in which case, Trump would have won.  On the other hand, I posited that it was a done deal - Biden would be President - no matter what machinations Trump tried.   Who's right?  Who's wrong?  We both are.  It all depends on the fact scenario involved - and illustrates how arcane our Electoral College system is.

Our reader is right that in the event of a so-called "Contingent Election" the House decides who is President and the Senate decides who is Vice President.  The Senate selects the Vice President based on a simple majority, while the House selects based on a State-by-State basis, and since Republicans have a majority of Representatives in more States (despite being in the minority overall) it is likely they would have selected Trump as President. In the Senate, they likely would have made Pence VP*.  But the reader is right - in the event of a "Contingent Election" Trump would have likely prevailed.

If at least one Senator and one Representative objects to a State's slate of Electors, there is an entirely different process that could lead to a Contingent Election:

Once a House member and Senator submit an objection, the two chambers of Congress separate to debate for two hours and to vote on whether to continue counting the votes in light of the objection. Both chambers must vote by a simple majority to concur with the objection for it to stand, otherwise the objection fails.
If both chambers of Congress affirm the objection and the objection results in no one candidate receiving the necessary 270-vote Electoral College majority, the 12th Amendment dictates a congressional process for selecting a president and vice president. The House of Representatives votes to elect the new president. As a bloc, members of the House cast one vote per state, choosing between the three candidates who received the most Electoral College votes. The Senate votes to elect the Vice President, casting one vote per senator.[1]

So you see, it is a two-step process.  If the Republicans could have successfully objected to votes in certain States to the point where the remaining Electoral College votes were indeterminate (neither side reaches 270, or a tie occurs) then a Contingent Election would occur and Trump could have won.
But - and this is a bigger butt than Trump has - to get to step 2, you have to go through step 1, because Biden clearly had more than 270 electoral votes going in.  And since the Democrats had a majority in the House, it was highly unlikely that any objection would have been affirmed.  As it was, only one objection was debated and both houses rejected the objection.  It was a done-deal from the get-go.
That being said, we stayed up until 2:00 in the morning to watch this spectacle carried out.  What was amazing to watch was the Democratic process being carried through, even after a mob stormed the Capitol and tried to murder legislators.   The Constitution prevailed.
The Electoral College process is indeed flawed, but whether a "simple majority vote" would be better is anyone's guess.  As recent events illustrate, objections could still be made to votes in various States and the whole process could be derailed.  It is a political process, not a legal one, and it depends on the good-faith of the actors involved in order to proceed.  We are fortunate that some of our politicians are good-faith actors, even if the result is not what they would have liked.   Our Governor in Georgia is being raked over the coals for "suppressing the vote" and perhaps he is.  But bear in mind, he was one of the few Republicans to stand up to Trump and do the right thing, even as it meant his party would lose.
Getting back to the news media, one of the infuriating things about the whole affair was how the media painted it a cliffhanger season finale episode of The Trump Show.   They did little to bother to explain the process to viewers, because if people knew what was going on, they wouldn't have tuned in, and that's not good for ratings!   So instead of saying, "Trump's wild-ass claims are a bunch of bullshit and this is going nowhere!" they instead tried to make it seem the election was in doubt and that the poorly written "law suits" had a chance of success.
You wonder if  perhaps the media paid Trump to do this - they made tens of millions of dollars off this nonsense, much as Alex Jones made millions by claiming Sandy Hook was a hoax.   You wonder how the media is going to survive the Biden snooze-fest!   After all, no one will tune in to a policy wonk who actually gets things done.   We saw that with eight years of Obama, which nearly bankrupted the major networks.
Come on, people!  Get agitated!  Get upset!  And be sure to watch endless coverage of nothing.   Tucker Carlson has to make a mortgage payment this month, and if you don't play ball, he could end up homeless!
And that is why I don't watch the news anymore.  It just isn't worth it.
* It gets more complicated.  Since Congress is sworn in on January 3, a "Contingent Election" would occur with the new Congress.  Compounding things, we had two Senators from Georgia elected on January 5th.  Assuming the Senate was tied 50-50, it is anyone's guess who they would vote for, for VP.  If Romney voted for Harris (which seems likely) and Susan Collins actually grew a pair, we could have had Trump as President and Kamala Harris presiding over the Senate (and doing little else). Oddly enough, Vice President Pence would preside over his own election and could cast a tie-breaking vote in his favor - or for Harris?   The Electoral College thing is weird.....
Newer Post Older Post Home