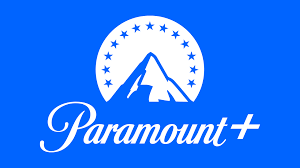 I couldn't even get Paramount+ to stream.  Damn IT idiots!

Netflix has been in the streaming business since day 1, and not surprisingly, from a technical standpoint, they have it nailed.  You could be accessing the internet with two old tin cans and a piece of string and Netflix will stream just fine, without jitter, without hourglasses, without the sound mismatched to the picture (the latter an artifact of MPEG encoding, and yes, I wrote a Patent on that, long, long ago).

Problem is, for Netflix, each movie studio and copyright holder is taking back their content, so Netflix no longer has the huge library of video to watch - as they did in the early days.  Too much of the content is "Netflix Originals!" which are hit or miss - mostly miss.  Instead of watching great movies, we are watching what are, in effect, television shows, and Netflix is hoping we get addicted to them and watch them as comfort food, much as people watched the four decades of M*A*S*H (well, it seemed like four decades - of the same damn episode!).

Of course, YouTube was there before Netflix (I think, anyway) and their technical aspects are pretty robust.  Once in a while, you get the hourglass.  But not often.  In terms of content, it is hit-or-miss.  The free version of YouTube, anyway, hosts all sorts of videos from wanna-be Internet influencers, to guys from Russia hoping to make a buck on Google AdSense, to people like me who post home movies.  There is also a lot of older public domain stuff (with ads - more and more every day) and also copyright violators, which eventually get taken down.  So, for example, we were watching old episodes of Mannix for a while and then one day, they disappeared - surely to reappear on some pay site soon.

Disney+ has the technical aspect down, once you realize that they default to 4K streaming (!!!) and you can reset this to a lower resolution.  No point in streaming 4K to an older television that won't display it.  Content-wise, it is pretty thin gruel - lots of kiddie shows and princess cartoons.  That is the problem with the streaming model.  When it was just Netflix, it was a Pandora's box of content.  Now that everyone wants in on this, each "channel" has less content.  We watched all we wanted to watch on Disney+ in less than a month for $5.99.   A good bargain, I guess.

Speaking of Netflix, we did go back to the DVD plan for a month, for the staggering sum of $12.99.  It was OK, but again, the content seems to have thinned out.  We watched an old British spy series that was very poorly converted to DVD from an old 35mm print, apparently.  But then again, I'd watch Alec Guinness read the phone book, even if the audio quality is poor.  Again, we cancelled in a month and they threaten you with a $15 fine if you don't return the last DVD within 7 days.   Since you have no way of tracking these in the mail, this seems ripe for fraud.  "We never received your DVD!" - and you know how that game plays out.

We had a "deal" with Bank of America for 30% off on Paramount+ so we thought we would try that next.  Some smart-ass IT guy set up the site, thinking that his powerful computer, and light-speed internet connection were typical of most users.  The interface is slow and frustrating and just to start the service you have to pick three videos from a roster of 30 so they can "tune" your preferences.  I didn't like any of them.  I picked a random three.

The pricing is screwy.  You can pay a $5.99 or so for "some ads" or $9.99 for "no ads" - but in either case, you have to disable ad blocker plus in order to make it work.  So I did, and it still didn't work.  Just an hourglass and no video loaded.  Whatever streaming engine they are using, it requires a lot of bandwidth - and there was no option to adjust resolution.  Their "help" page is a lot of useless .pdf files and a "chat box" that is a 'bot.  Mostly they just say it is your fault it isn't working.  Again, IT guys - should be shot like dogs.

Like Disney, they have lots of cartoons and kiddie stuff prominently displayed.  Is this because it is mostly children watching television, or part of the overall infantilization of America?  I think both - we have become a cartoon and comic book (excuse me, graphic novel) nation..  So we cancelled the service - sorry Paramount! and did something constructive with our lives.

I digress, but the Jekyll Island Visitors Center gift shop had three volumes of a graphic novel about Jekyll Island - sort of a steampunk story with superheros and the fantastically wealthy robber-barons of the era, working together for world peace or something.  I bought the first volume, and while I am sure it is good (the artwork is nice) I had a hard time following the story line - there was little in the way of text and lot in the way of action.  I could not understand the motivation of the characters.  I just don't "get" this whole modern era of superhero graphic novels and story lines and "universes" and cosplay and whatnot.  And maybe I am not digressing, as a lot of the content on these streaming channels is based on comic books.  Not interested.

We have been doing home improvement projects.   We started painting the inside rooms last year (and replacing the carpet in the bedrooms with hardwood floors) and are still working on that.  The living room was next, and we sanded and spray-painted more of those free shutters we got from the Club Hotel dumpster.  We tried painting them with a brush and it was a PITA.  I thought, "Gee, it would be nice to spray paint these with a spray gun and compressor!" and then I realized I owned a spray gun - actually two - and a compressor.  Duh!  So I put up some tarps in Bob's Buggy Barn to make a spray booth and Mr. See went to town on those shutters.   Got it done in two days.

We do this every year, it seems.  In the winter, we hibernate and gain weight and get depressed in the dark, cold days - and the pollen!  Then in the spring, the pollen dissipates (or we get used to it) and get motivated to clean house and fix things up - and lose weight.  I hope the cycle breaks itself, though!   So not watching television is really the best thing, as it is just hours of sitting sedentary and eating and drinking - a recipe for a heart attack.  It is how most Americans live, though.

The weather is pleasant and we have been walking - at least 2-4 miles a day, sometimes more.  It takes effort to do this.  We were dog-sitting for a week, and the nice thing about owning a dog is that it forces you to go for a walk.  Well, it can, until people get tired of it and just let the dog out into the back yard, and then get depressed and watch television.  The dog gets depressed, too.

The television is "the depression box"as I noted before - early on in this blog - and one nice thing about our trips in the RV is that it has no television.  Maybe once a week, we stream something on the laptop or watch a DVD from the campground library.  But it is more fun to actually do things.  Most RV'ers set up their satellite dish first thing, and then sit outside their motorhome watching television in the woods. Worse yet, they leave it on and then walk away, because they want everyone to know they have an outdoor TV! (and two or three more in the coach!).

The real movers and shakers in this world are not watching television and certainly not the 4.6 hours a day the average American watches.  In unguarded moments, you will hear a TV star admit that they don't watch their own medium.  Who has time?  If you are an anchor on a morning show, you have to get up at 4AM just to get to the studio in time to do makeup and get briefed on what is going on today.

Maybe we can't all be TeeVee stars, but we can be more proactive and active in our lives.  That is what divides the 1% from the rest of us.  The stock market whiz-kid isn't up until 2AM binge-watching some Netflix series.  I doubt Jeff Bezos spends all day watching Amazon TV - or even a few hours a night.

Not watching television is always an option - but you would be surprised how many people think it is like oxygen!  They can't even go camping without television - or their smart phone (the subject of my next posting).   But unplugging from these things means a better life for you, as you spend more time living your life and less time staring at screens.  And yes, I realize the irony of this, typing it on a screen and you reading it on a screen.