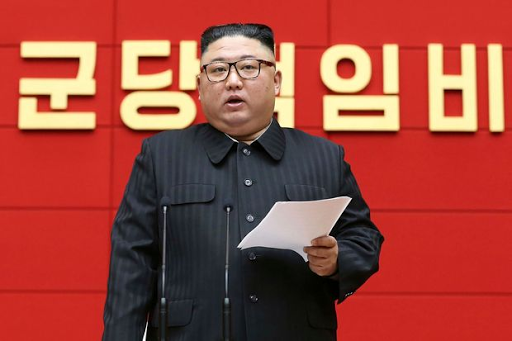 One reason I don't watch or read the "news" anymore is that it is mostly trolling.

Another day, another shooting in America, or another attack on our institutions.  And sure enough, the news gets it all wrong right away, so you might as well wait and read about it a month later on Wikipedia.  For example, some guy rams the Capitol and kills a police officer.  Another Qanonsense believer gone berserk?  Or an Al Qaeda operative on the loose?   Speculation abounds.   Turns out, just another mentally ill person with delusions.   The only thing remarkable was he didn't have a gun.

But at least that was a real "news" event they reported.  Most of the stuff that passes off as "news" is just trolling crap.  For example, a headline reads, "Kim Jong Un calls Biden a doo-doo head and threatens to wipe America off the map!"   That's not news.  That's just name-calling.   And who the fuck cares what some leader of a third-world country thinks of the United States or our President?  No one - but it got you to click!

When we were in Florida and I was talking to a conspiracy-theory guy at a garage sale, he mentioned that the leader of China (Mr. Whatisname, because, frankly, we don't care) insulted the President and the United States.  The horror!  And what was worse, President Biden didn't go on Twitter to insult him back!  Oh, for the good old days of Trump!   It is similar to this nonsense where Putin tries to troll Biden by offering to "debate" him.  Is Putin now running for President of the USA?  And like the lapdogs they are, the media reports this as "news" and I am sure Fox News ran with it - for a week.

They used to do this with Iran - and I guess they still do.  The Ayatolla Fuckstick announces "Death to the Great Satan!" and that isn't news in Iran, but a "lede" news story on the CBS evening news.   No offense, but who gives a shit what some leader of third-world country thinks or says?  And no, we don't even care who is Ayatolla this week or whatever.  But I guess we are supposed to shake in our boots because some jackass in funny hat told us what for.

This is not news. This is trolling. And in a way, it is double-trolling. The leaders of these inconsequential countries are trying to bait us by name-calling and whatnot.   The best thing to do is just ignore shit like that.  Who cares what the leader of Venezuela thinks or says?  Certainly not me.

But the "News" doubles-down on the troll by trolling us by making this a "news" story and getting us to click on it.  It is no different than those come-on ads you see on the Internet, "Who's been searching for you?  Click here to find out!"  It seems humans have an innate curiosity to hear what trash-talk others have been saying about them.  It is why these bullied teen girls go back to the well of abuse called Facebook, to read the horrible things the "popular girls" are saying about them.   They could just ignore it and get off Facebook entirely (a sound suggestion if there ever was one) but they can't resist the urge to find out.  Like maybe the popular girls will say something nice for a change.  Yea, that could happen.

But right there that tells you why we shouldn't call these slurs and name-calling "news" because it is so high school.  And I guess when you are in charge of a run-down crappy country that is falling apart at the seams, then this sort of thing seem important - name calling, that is.  And as I noted before, many a third-world dictator stays in power by blaming all their internal problems on America.   Cuba's economy is in tatters, because mean old USA won't trade with them!  Never mind that every other country in the world does, it has to be America's fault!  It can't be Communism that is to blame, right?

Same shit, different day, just insert the name of the country in question and the effect is the same.

The same effect is also present in domestic "News" as well.   The media reports as a "News Story" that some Senator or Congressman is talking trash about the President or a fellow legislator.   It isn't substantive stuff, just name-calling and hogging the spotlight.   It is sound and fury signifying nothing, and in this instance, literally a tale told by an idiot - usually Ted Cruz or Ms. AOC.

You've read, no doubt, the recent study done of who are the most effective legislators.  As it turns out, the names you read about in the press all the time are usually least effective legislators. They make grand pronouncements and introduce radical legislation that has no chance of ever passing - or even making it out of committee.  Meanwhile, people you never heard of are actually getting shit done.  The only exception seems to be Marco Rubio, who is both a "show pony" and a "work horse" in that he does sound-bites for the evening news, but also passes substantive legislation.  No wonder Trump hated him.

The media paints this story in terms of who is and isn't effective and who is just a loudmouth showoff.  And there is a nugget of truth to that.  But the reality is, of course, that the media loves show ponies, and they created these nightmares such as Ms. AOC and Ted Cruz or Rand Paul, because they know the wacky things they say are good for ratings.   In the meanwhile, some obscure legislator crafts a 500-page piece of legislation that rationalizes farm subsidies and ZZzzzzzzzz..... snooze!  No one will click on that!

So in a way, we are the problem, once again.  Shit stories exist because we click on them.  Nothing will change so long as the average Joe is outraged by what an Ayatolla or a Kim or a Putin says or thinks.  Nothing will change so long as people are outraged by a powerless freshman Congressperson's wild-assed proposals, which have zero chance of becoming law.   On the other hand, the opposing parties love this crap - they can make it sound like Sharia Law or Free-Guns-For-Children are about to be enacted any second now, because most Americans are clueless about how their own government works.

I noted before that the media loves to imply that some bill introduced as legislation is already the law.  It hasn't made it out of committee and never will, much less get a majority vote and survive a veto threat.  But the media either wants you to think that Senator Klaghorn is "gettin' thin's done in Washington!" or that an opposing politician is veering the ship of State into a iceberg labeled "Socialism" or "Fascism" depending on their political bent.

So much hay is made of Ms. AOC's bill to outlaw garbage disposals (just kidding, I couldn't help myself) but not much is talked about about actual normal legislation, the latter of which usually sails through Congress, because the powers-that-be can count votes ahead of time and know the outcome beforehand.

I guess that is another stupid trend in the "News" - to act as though a vote count is a real cliffhanger when in fact it is preordained. Trump's double-impeachments, for example, were never going anywhere, so long as the Republicans held a majority in the Senate.  But the media acted like it could go either way - because that's good for ratings.  The only recent vote that was really up in the air was the certification of the Electoral College.

But it was, at least, dramatic.  Watching

Mike Pence listening as his own State voted - that had to be a bittersweet moment for him.  But he did the right thing in the end, and I guess that is what is really "News".

On the other hand, the media reporting all of Trump's name-calling and shouting - isn't that what gave us the Capitol riots in the first place?   Yes, Trump is to blame - as is his idiotic followers.  But it was the media that gave fawning coverage to his inciteful remarks and angry Tweets.  It was only when the whole thing blew up that they realized they were complicit in Treason - giving a megaphone to radical views.

It is not just an annoyance or boring, these made-up trolling news stories.  When we make name-calling a news event, it triggers us to respond with more name-calling and hate.  In the run-up to the Iraq war, the media dutifully reported every insult Saddam Hussein made against America - insults that were designed more to rile up his own people than ours.  But the net effect was that he made it a lot easier to sell the war to the American public, who were more than ready to punch back at someone who calls us the "Great Satan" or whatever.   This name-calling serves to escalate tensions and does little else.  It is not constructive, and when we rush off to war over an insult, well, it comes back to haunt us, years later - decades later - when we are still embroiled in these events.

Of course, this is nothing new.  One reason we could not exit Vietnam for years was the feeling that our "National Pride" was at stake.  The United States has never lost a war!  Well, ask the British about the War of 1812 - they basically kicked our ass there, and we sued for peace.  But that isn't talked about so much.  And who "won" the Civil war, anyway?  When half the country is fighting the other half, no one really is a winner.   Korea?  Technically, that war is still going on.  We just signed a truce, is all.

We kept at it in Vietnam long after we should have backed out.  We escalated again and again, thinking that just a few more troops, a few more bombs, and it should do the trick.  The other side had the same idea.  We lost track of what we were fighting for and why we were there (and the reasons we went were wrong to begin with).   But again, we only realize this years later - decades later - that we were suckered into a proxy war to defend a minority government that wasn't even popular with its own people.

If you really want to stay informed, read a history book, preferably several of them, to get different perspectives on past events.  Because most of what is going on today is based on what happened in the past.  The situation in the Middle East has less to do with current government leaders than with how border lines were drawn by the British nearly 100 years ago.

The "Migrant Crises" has less to do with who is President than with the history of Latin America (and for the European migrant crises, Africa) and the history of colonialism.  These problems didn't appear overnight and won't go away overnight, either.  But we all want simple answers to complex problems, preferably the answer that "It's the opposing party's fault!" and "if only" we elected just one party to absolute power, things would get fixed-up in a jiffy.

But again, History.  And history tells us that the easy solutions usually end up as horrific solutions. Final Solutions, in most cases.