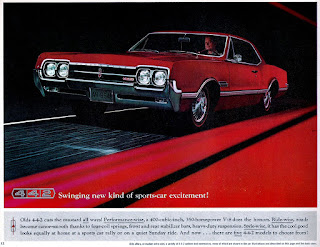 Your property taxes could be up to 40 times that of your neighbor.  Why is this?  And is this fair?

Mark is a lurker.  He likes to go on forums and read postings, but he never comments, which is smart.  He likes to watch YouTube videos but never reads the comments or adds to them - again, smart.  Comments sections are pointless.  For example, I was watching a Jay Leno's Garage - the YouTube edition, not the stupid over-edited television edition (with short clips, loud music and constant commercial breaks).   He was reviewing a 1966 Oldsmobile 442, and asked viewers who knew about the car to "respond in the comments" regarding some of the technical specs.

Well, I looked in the comments and.... dreck!  Mostly people sucking Jay Leno's dick - "Jay, you are so great!  I love your show!" and that sort of thing.  Or clueless cable-tee-vee idiots who never realized there was a YouTube channel show that was not like the obnoxious cable version.  "Jay, I like your pandemic edition better!  You should keep this format!"   But the format has always been about the same, you just have to realize there is life outside of cable TV.

Missing? Intelligent comments about the specifications that Jay asked for. Present? A lot of misinformation.  "Those headrests were NOT stock, I can tell you that!"  Oh, really?   I guess you're a freaking expert.  YouTube comments are just not worth it.  Comments sections in general are not worth it. It is just a way for people to feel "engaged" - and no, I doubt Jay reads them, or even pays someone to read them for him.

So I see why Mark doesn't do comments, but rather just "Lurks" in forums.  Most of the time, what people are posting is just dumb, such as people who dominate forums and just chat back and forth with each other.  For example, someone posts "Where can I get a left-handed thread nut for the steering box on a '56 Studebaker?" and a "regular" will chime in with the stunning revelation of, "You might try a Studebaker parts place!" without being more specific.  Even worse, another "regular" will chime in with "Hey, Earl! Glad to see you are still on the forum!  How's the wife doing?" and pretty soon, the entire "thread" devolves into a discussion about how left-handed thread bolts from China are no good and how Trump actually won the election - and so on and so forth.

Is just isn't worth it.

Another place Mark "Lurks" is Real Estate listings.  He was doing this long before he was a Real Estate Agent, too - which is why it was a natural for him to take that job.  He can tell you what is on the market locally (nothing right now), what sold recently, and for how much, and what their property taxes were and whether they were paid.

The latter information is interesting.  As I noted before, here in Georgia, or at least in our County, we have a "homestead exemption" so that if you are a resident, your taxes are lower Once you reach age 65 (actually 66) you no longer have to pay school tax, which is about 4/5ths of the tax bill.  For example, our property taxes are about $2700 a year, of which $2000 is school tax.  Five years from now, our property tax bill could be as low as $700 a year.  A good reason to stay!

Our neighbor behind us, who was homesteaded for forty years or so, was paying under $300 a year in taxes (and she was in her 90's when she died, so she was paying that a long, long time!).  The new owners, who are using the place as a vacation home, have been re-assessed and are paying over $3000 a year, which will only increase over time, unless they lock-in a homestead exemption by moving here full time (and filling out a form with the assessor's office).  Nearby, some other owners are paying $4000 and up.  Some newer homes have tax bills of $8000 or more.

It is a funny thing, property taxes.  I talk to people from the tri-state areas (New York, New Jersey, Connecticut) which have some of the highest property taxes in the nation.  We're talking $10,000 to $15,000 a year for a property about the same value as mine.   They shrug it off, as they are making a six-figure income and just assume is it the cost of doing business there.  They also pay it in monthly installments with their mortgage payment, as part of the "escrow" account, so they don't "see" the tax bill - or their insurance bill.  But if they had to write one check for it, once a year, they would probably revolt.  Or they might not be able to pay it.  That's probably why banks require insurance and property taxes to be paid from an escrow account.

As I noted before, even $1000 is a lot of money.  Heck, $100 is.  $10 is - if it is for a recurring expense every month or every week, or worst of all, every day.  Even if you are making $100,000, probably 90% of that is earmarked for taxes, mortgage payments, car payments, food, clothing, etc. and maybe $10,000 is available as "disposable income".  Looking at it that way, $1000 is a 10% raise in your pocket spending money.  Yet people act nonplussed about throwing that much every year at the Monmouth County tax collector.

But what is interesting to me is how taxes on properties can vary all over the map.   Granted, assessing a house is not an exact science.  One day when I was a kid, a car pulled up in the driveway and a man got out and asked me how many bathrooms we had.  He was the tax assessor.  I mentioned this to my Dad when he got home and he went ballistic.  "What did you tell them?" he shouted.   Well, they always told me to tell the truth, right?  And we had five bathrooms in that house - well, four-and-a-half anyway.  So I told him and he nearly slapped me.  "Do you know what this is going to do to our taxes?"

Well, that is the problem.  How do you accurately assess a property?  You could go by sales price, but if a property doesn't sell for years, what then?  Go by what the neighbor's house sold for?  In a neighborhood of identical houses, this might make sense.  In other places, it is of no use.  Then there are policy considerations.  Some folks argue that only land should be taxed, and not "improvements" as taxing improvements only punishes people for keeping up their properties and rewards slumlords for letting properties become eyesores.

But beyond the problems of accurate assessment are the legal mechanics I outlined above, that allowed my neighbor to pay about $300 a year, while the people who bought the house from her pay ten times the amount.  In some instances, he delta can be as high as 40x.   It makes no sense, really.

But then again, taxation is not an exact science, and we approach it from all angles.  Taxing income, for example, seems like a fairly easy thing - someone makes a hundred grand, and you tax them ten percent, or ten thousand.  Fair, right?   But the guy making 20 grand a year pays two grand, and he has to live off a more pitiful income.  So he should pay less, right?   Well, congratulations, you've created a progressive tax system.

As I noted before, in tax law class, our professor assigned us the task of coming up with an improved tax system.  The libertarians and flat-taxers all got busy with elaborate plans for "fair" tax systems, which the professor picked apart with scenarios such as I just illustrated.  By the end of class, the most ardent of flat-taxers have conceded that progressive tax system made sense, as well as deductions, tax credits, standard deductions, exemptions, and all the messy business we currently have in our tax code.  Flat tax sounds simple, but simple answers to complex problems are usually the wrong answers.

But of course, taxes don't begin and end with income taxes - although people, particularly Republicans, seem to obsess about Federal Income taxes, even as they may be the smallest tax people pay.  I paid $350 in Federal Taxes last year (it pays to be wealthy and yet income-poor) and $600 in State taxes. People pay attention to Federal Taxes but not their State taxes.  In addition to that, though, we end up paying 5-7% in sales taxes in many jurisdictions, although again, there is a complex web of different tax rates for different goods.  Food, for example, may be taxed less, but restaurant meals taxed more, on the premise that if you are poor, you need basdic foodstuffs to survive, but if you can afford to eat out, too bad for you. Some have even proposed eliminating taxes on feminine hygiene products, on the proposition that menstruating isn't something you can opt-out of.  And such exemptions have been passed in some jurisdictions.

Here in Georgia, we had an ad valorum tax on cars and such, but it was replaced by a one-time 7% "title tax" on cars (but not travel trailers!) so you are screwed if you lease or buy a new car every three years - or have a taste for expensive cars.   It pays to buy used  - and keep for a long time.

But assuming we paid an average of 5% in sales taxes on our purchases last year, we paid probably four to five times in sales taxes as the amount of Federal income taxes we paid. Sort of an interesting observation and illustrative of how a sales tax is a poverty tax.  When your entire income is spent on "things" you pay tax on the income, and again on the sales tax.

But again, people don't "see" this and assume it is inevitable  ("death and taxes" and all).   But there are ways to reduce your tax burden, your insurance burden, and the interest burden as well.  In fact, if you are debt-free and your house and car are "paid for" your need for income drops dramatically, which is nice when you are retired on an IRA or 401(k) as you can consciously reduce your taxable income to a pitiful amount.  As a result, your "income" tax nearly disappears, but other taxes start to look a lot more significant.

On the other hand, in places with staggering property taxes, you can own your home free-and-clear and still not be able to afford it.

Sales taxes may seem inevitable, but if you consume less and look for bargains (which you can do, when retired) you reduce even that tax - which in turn reduces your need for income, reducing your income taxes further.  The snowball effect kicks in again.

So, for example, I want to buy a coffee-maker.  I can spend $100 on a fancy cartridge job, or $10 on an el cheapo model at Wal-Mart.  Or I could buy one for a dollar at my neighbor's garage sale, or pick up a free one, as I did on the streets of Charleston (or as I did yesterday, when someone threw out a Bunn "My Cafe" fancy rig).  The $100 coffee maker requires I take $110 out of my 401(k) to pay for it, plus pay $7 in sales tax.  You see where this is going.  Now multiply this by everything in your life, and the net result is the title of this blog.

Of course, you can't count on someone selling just the car you want when you need one, or a coffee maker being tossed out on the street when you want one.  And there is a thin line between being frugal and being crazy.  And it goes without saying that taking "free things" because they are free (and not because you have a real use for them) is a one-way trip to hoarding disorder.