Camping With The Corps 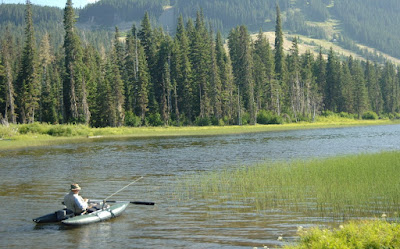 The government funds a lot of things. Take advantage of them!

We have enjoyed staying at Army Corps parks on our trip. We are now at Leech Lake Army Corps Park in Minnesota. Despite its name, there's not a lot of leeches in the lake, but a few mosquitoes.

With my Geezer pass, the cost is only about $11 a night which is for an electric only site. So we have to limit our water usage for the three days we are here.

And no, you don't have to be in the Army - or any service branch - to use an Army Corps park.  It is just a campground, open to the public.  In fact, there is a reunion of SeaBees behind us (taking up several spaces and playing revile and taps on the bugle every day!).  So if they let the Navy in, well, they let just about anybody. ;)

Within a short walk of our camper is an amazing bathroom and shower house which is kept spotlessly  clean by the staff. It's a nightly ritual for us to go to the shower house and use the handicap stall and enjoy the unlimited free hot water - no one else is there! By the way, as I mentioned before this blog, it makes a lot more sense to shower at night and keep your sheets clean than to go to bed all dirty and wake up in the morning and shower. Mr. See taught me that.

I wrote before about public space, twice.  There are, of course, forces in this country which want to do away with public space and public parks. They would prefer that people be forced to buy their own piece of recreation in the form of vacation homes or vacation home rentals. But I think that type of philosophy is anti-civilization.  The greatest civilizations are not necessarily known for their private mansions of the very rich, but by their public parks, monuments, and other public spaces.  And yes, even the famous mansions and palaces are better known when they become open to the public as museums and attractions, than as obscene private homesteads.

What we see in our travels are not just well-off retirees in expensive motorhomes and fifth wheel trailers, but many people who are young and of modest means, car-camping with a tent for the weekend. For them, this is a great inexpensive getaway from the drudgery of working life. And yet there are those who would want to take that away.

(Caveat - we had a hailstorm yesterday and the six young ladies in a huge tent across the way spend the day trying to dry out everything they owned.  Tenting is not for the faint of heart!).

I also wrote before how many people believe that a vacation is something having a very finite duration, that involves spending an enormous amounts of money. My credit union used to have something called a "vacation loan," where you could borrow money to go to Disney World and then spend the rest of the year paying off a week's worth of fun. It sounds more like slavery to me.

If the weather is willing, we will go out in our kayak this afternoon (Update, tomorrow afternoon - hailstorm!).  Our Kayak is an old, 17-foot tandem Old Town Kayak that we bought second hand for $200. It must be at least 20 years old and it's pretty beat up. But it gets us out on the water and we take a small snack or lunch with us maybe a bottle of wine. We paddle upstream or upwind and enjoy the scenery and then break out our luncheon and let the wind or current push us back to our starting point. It's a pretty inexpensive way to have fun.

It doesn't cost a lot to live and enjoy life - or it shouldn't, anyway.  Some folks want to make life something you have to buy and pay for.