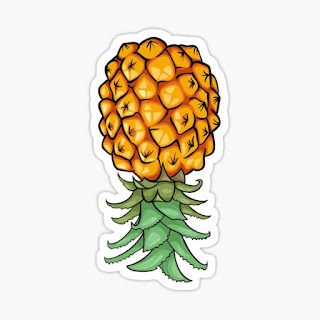 There is a whole secret world of swingers - or not-so-secret.

We visited a naturist campground on gay weekend and it was interesting and fun.  The owner has gay weekends and lesbian weekends as well as "swinger" weekends where swingers groups rent out the whole campground for the weekend.  We also discovered "swinger" campgrounds where every weekend is a heterosexual swing party.

Some of these groups are formally organized, with membership criteria, ID cards and so forth and so on. Many only accept heterosexual married couples - single men are not allowed!  It was explained to me that some single guys can be quite annoying, thinking that every female is "available" and pestering and hitting on them in a disturbing fashion.  I could see that.

These folks - and I met a few at another campground, are just ordinary people. They might be your neighbors and coworkers or even your boss.   They aren't harming anyone, so what's the big deal?   I didn't think so, anyway.  But in the supercharged political climate we have today, well, you can see why they want to keep it on the "down low."

Like I said, they could be the neighbor next door, and they come in all shapes and sizes and genders and colors.

There are, so to speak, secret symbols and handshakes.  If you see a flag or pin or other symbol with an upside-down pineapple on it, you're in swingtown!

There are codes of behavior at these sort of events.  Gays are sometimes welcome, other times it is just straight couples.  Single men are sometimes allowed, provided they behave of course.  Men are always screwing up a good thing (no pun intended).

Although that point needs to be addressed.  While there may be a lot of drinking involved, drugs seem to be frowned upon at these sort of things.  The last thing they want is some methed-out crack-head going off and requiring that they call the Police, at which point, things can get awkward - although many a Police officer may actually be in attendance.  So most of these events prominently note that drugs are not allowed.   It is only the Lady G who indulges such things.

Again, I am not sure what the point of this is, other than an awful lot of people lead secret lives - perhaps most do - and their sexual proclivities, between consenting adults - are no one else's business.  Of course, some folks would like you to think that only you have sexual desires and thus are some sort of deviant or bad person.  If they can get you to believe this, well, they can control you.

Sex is a normal thing, even if we don't like to think about our parents or our grandparents having it. But they did, otherwise you wouldn't be here!