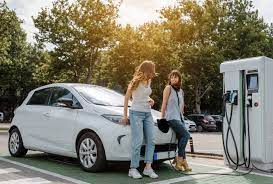 Cars can be expensive to repair!

ONTARIO, CANADA - Some automobile owners, especially those with older models, have been shocked to find out how much it costs to replace their engines.
“I don't understand why they make the engine so expensive when you have to change it," Scarborough resident Karen Dolt said, who owns a 2018 KIA Soul.
Dolt’s SUV came with a warranty for the engine that covers 160,000 km, or eight years, whichever comes first.
Dolt said this year their vehicle clocked in more than 170,000 kilometres, which put them outside the warranty period when the engine failed.
When the engine wouldn't start, Dolt took it to her local dealership and was told it needed an engine replacement. With the new engine, labour and taxes, she said it would cost about $13,000.
Even though the vehicle was outside the warranty period, KIA agreed to pay for half the cost of a replacement engine.
“They won't fully cover the cost. They say the best they can do is half and half – I pay 50 per cent and they pay 50 per cent," said Dolt.
Kevin Klewlus of St. Catharines, Ont. bought a used 2011 Lincoln MKZ hybrid four years ago, and when the engine seized he was shocked to be told to replace it; with labour and taxes, it would cost about $10,000.
“At the dealership, he looked it up online and said you’re not going to like this. It was about $10,000 for the engine, plus labour and taxes,” he said.
Klewlus felt it’s not worth it to invest $10,000 in a car that is now over ten years old.
“I just wasn't expecting that kind of price to replace the engine,” he said.
At the University of Toronto Vehicle Research Centre, Director Olivier Obvious said complete engine failure is rare, and should not deter anyone from buying an automobile, as it is normal to have some engines fail when a product is mass produced.
Obvious adds the automotive engines being manufactured now are far superior to engines that were made a decade ago.
However, Obvious does say anyone considering a used car. or has an aging one, has to take into consideration the age of the engine and whether or not it is still under warranty.
“Those very unfortunate owners of cars that have to have their engines replaced, yes it will be very expensive. It all comes down to whether the degradation of the engine is within the warranty clause or not."
In Dolt’s case, she decided not to go ahead with the engine replacement and returned the car to her finance company. Dolt said she had been told by the company that it will be auctioned off, and she may be responsible for any difference owing.
CTV News Toronto reached out to KIA Canada regarding Dolt’s case, and a spokesperson said: “Kia Canada’s files indicate that on July 7, 2022, a Kia Canada Support Technician formally requested from the dealership, a copy of the results of its inspection and resulting diagnosis from the inspection of Ms. Dolt’s vehicle. Unfortunately, a response was not received from the dealership, indicating that the issue of disrepair had been resolved by the dealership, without the need [for] intervention by Kia Canada.”
“It is now apparent that Ms. Dolt's vehicle was not repaired. Further, we are advised that Ms. Dolt has relinquished the vehicle. Unfortunately, without access to the vehicle, Kia Canada is unable to comment on the diagnosis of the vehicle or status of the engine at the time of alleged failure.”
(c) 2022 Fun with Cut-n-Paste, Inc.

Ford of Canada directed Edwardson to work with his dealership on his engine issue, but Edwardson decided not to proceed with paying $20,000 to replace the battery. Edwardson is still able to drive his hybrid vehicle using just gasoline power

In other words, the car still runs and may run for many years more.  It is just that the hybrid feature is degraded.
And who in their right mind drives a Lincoln these days?
Newer Post Older Post Home