The Hitchiker and the Model T 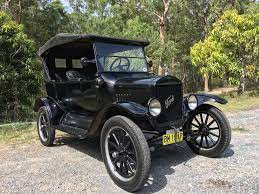 Riding is better than walking....

One upon a time, there was a young hitchhiker.  He had walked a long way - miles in fact - along a dusty, dirty desert road, and was starting to give up at ever reaching his destination.  Cars would zoom by him at high speed, ignoring his raised thumb, and leaving him in a cloud of dust, coughing.

Finally, and old Model T Ford, driven by a kindly older gentleman came down the road and coasted to a stop.

"Need a Ride?" the gentleman asked.

"Yea, just to the next town," the hitchhiker replied.

So he climbed in the ancient car - nearly 100 years old, and the old man put it in gear and they lurched down the road.

The hitchhiker was tired and the breeze through the open windshield was refreshing.  He relaxed  and enjoyed the ride.  But soon, a more modern and fancy car passed by them at nearly twice their speed, leaving them in a cloud of dust.

"Gee," the hitchhiker exclaimed, "Doesn't this thing go any faster?"

The hitchhiker nodded and said nothing.  But he watched as they slowly went by the shrubs and cactus by the side of the road, and thought to himself, "We're not making progress fast enough!  I need to get a ride in one of those faster cars!  This old man is crazy to putt along at this painfully slow speed!"

After another mile or so, the hitchhiker could take no more.

The old man looked at him, puzzled, "But we're almost there - we'll be there in less than an hour!"

"If this is the best you can do," the hitchhiker replied, "I'd rather walk!"

The old man was perplexed, but didn't argue further.  He pulled the old Model T to the shoulder and let the young hitchhiker out.

"Whatever!" the hitchhiker replied, "Thanks for nothing!"

The Model T lumbered off and the hitchhiker went back to walking.  At least he was under his own power, and, well, he'd make it to the next town..... well, before sundown, hopefully.

He put out his thumb and tried to hitch a ride from the speeding cars passing by.  He'd show that old man!  He'd catch a ride in one of these modern slick cars and zoom by that old fart in his Model T and stick out his tongue at him!  Pfffft!

But no one would stop.  They were all going too fast to slow down to pick up a hitchhiker.  And none of them wanted to stop in the next town, either.

Finally, a sleek-looking sports car stopped - but it was heading in the wrong direction. The driver, wearing stylish dark sunglasses, told the hitchhiker, "Well, I'm not going in the direction you want to go, in fact, I'm headed back to where you started, but I can get you there in a hurry!"

"Well, it beats walking!" the hitchhiker said, and jumped in.

He was never heard from again.

What was the point of all that?  Well, it came to me in a dream.  It seems some folks are convinced that change isn't coming fast enough in our society.  Others think it is coming too quickly, of course, and want us to reverse direction.   There are voices today that not only want to apologize for slavery, but condone it and re-institute it.  We are not talking about just going back to the fabulous 50's, but the horrific 1850's.  And they are willing to start a civil war about it.  There are folks today quite willing to kill people just because they disagree with them regarding obscure political points.

Meanwhile, some "progressives" are complaining that change isn't coming fast enough.  And if they don't get what they want, now, well, they'd rather have nothing.  Weirder still, some would rather join the regressives if they don't get their way.

We saw this back in 2016.  Unhappy that Bernie didn't get nominated, some "Bernie Bros" pledged allegiance to... Trump.  It makes no freaking sense, other than perhaps they were not progressives in the first place, just posers who latched onto a brand-name of politics.

But even today, we see this.  People complain that Biden didn't forgive student loans.  Then he forgave $10,000 for some borrowers, but that wasn't enough.  It wasn't happening fast enough or in the way they wanted it to.  Even if it was just a start, it wasn't good enough.  Now Biden promises to pardon people convinced of Federal offenses for marijuana possession (which is all he can do, without Congress) but that's not enough, either.  We need to legalize it on a national level!

But that won't happen without Congressional approval - and maybe even legalization at the State level. And that will take time, take votes, and take hard work.

Quite frankly, I never thought, in my lifetime, that we would see gay marriage legalized or that I would walk into a store and legally purchase marijuana. I had been raised in a different world, and these things just seemed like impossible fantasies.  But some folks are still not happy, and won't be, until we persecute people for improper pronoun usage.   You know, it is one thing to be left the hell alone, and another to force people to accept you.  I am happy to be left the hell alone and realize through bitter experience that you cannot force someone to accept you.

The real danger to progressive values comes not from MAGA-hat wearing Trump supporters, or from Christofasists, so-called "Proud Boys" or Qanonsense believers.  The real threat is from the far-left of the progressive movement.  People who will stay home and not vote because no party represents 100% of their political views or will not enact change fast enough to suit their tastes.  They'd rather pout and see their world regress - as punishment to everyone else who disagrees with them.

For others, it is not so political, but just a matter of apathy.  They don't see the world changing in real-time and thus don't realize how far we have come - and how much further we can go, if we stick with it.  It is like the 20-something who puts 10% of his income into a 401(k) plan at work, and when it doesn't make him a millionaire in a week, takes it all out and spends it on Bitcoin or a new Playstation.  If you don't see progress right away, you might as well give up, right?

The Bart Simpson approach to life...

It reminds me of Bart Simpson and his attempts to play the guitar.  He gave up when he wasn't good at it right away.  And Homer congratulates him for this.  Sadly, this is the way a lot of people think - how we all think, on occasion.  Well, when we were children we think this way all the time.  As adults, we tend to do it less.  Some folks never give up on it - weak thinking.

Maybe it is just the passage of time that makes you realize that small amounts of progress, over time, accumulate to something great.  One day, you wake up and realize there is a sizable amount of money in your 401(k).   It didn't happen overnight, and it would never happen if you gave up early on.  It is why I preach get middle-class slowly instead of get-rich-quick.

But the latter is what politicians sell - that radical changes in our society will result in unlimited prosperity for everyone.  The GOP tells us if we throw out the Mexicans and cut taxes for the very rich, everyone will prosper. Meanwhile, the far-left sells a fantasy world where we all get "guaranteed income" and robots do all the work for us - non-existent robots, unfortunately.

What we need to do is stay the course.   Change to society should come slowly, not only so people can adjust to it and accept it, but also so we can see whether such changes have the result we desired.  Radical change usually ends up screwing everybody, even those who were the nominal beneficiaries.

Maybe progress in a Model-T Ford seems slow, but it will get you there, eventually.  Walking is simply not an option.  And jetting off in the opposite direction is just stupid.