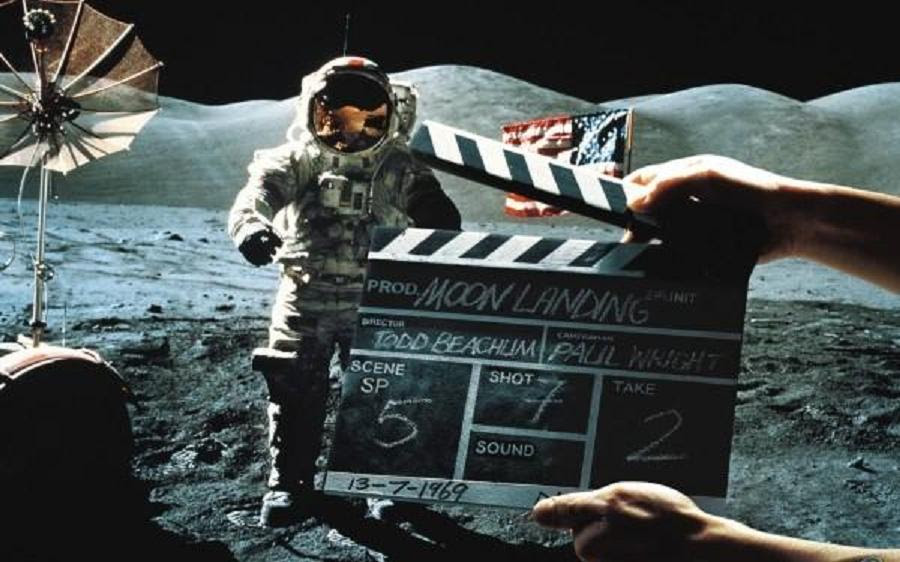 Why are so many people today skeptical of science and technology - and our government - but not very skeptical of things that are obvious frauds?

Many people today think the moon landing was faked, that 9/11 was an "inside job" and that "fire can't melt steel!"  They assume - it goes without saying - that the oil companies "suppressed" the technology of the 100 mpg car, and of course they are suppressing the electric car, solar panels, or whatever.

People believe there are aliens in Area 51, that Kennedy was shot by a man behind the "grassy knoll" and so on and so forth.

And of course, they believe anything posted on Facebook.  Any fake news story is forwarded with a dire warning.  Watch out for the Wal-Mart slasher!

People are skeptical today, all right - skeptical of the truth.   Evolution?   Unproven - and it goes against Biblical verse!   Vaccinations, well, everyone knows they cause Autism, right?

We are a nation of skeptics - about almost anything.

But when a credit card offer comes in the mail - offering "bonus rewards miles points!" and saying "Congratulations!  You have been pre-approved!" all that skepticism goes by the wayside.   For some reason, Americans are skeptical of everything except crappy financial deals.

The media tells us to be obsessed about our credit score - and we are, without bothering to ask why.

The shouting guy and the clown suit people tell us to buy and sell stocks, and folks listen to them.   These are same folks who think Social Security is a "scam" and that Obama (or Bush) is going to put us all in "detention camps" and take away our guns.

People believe in Chemtrails and Rent-to-Own furniture.   They believe there is a Clinton Death List and that a payday loan will "tide them over" until next week.

The FM radio "oldies station" blares ads for weight loss products, hormones, and the latest gag, some sort of get-rich-quick scheme to sell an online payment system.   Hey, you should be able to make a lot of money at that - after all, only you and a million other listeners know about it, right?

In short, people are insane.  The very things they should be skeptical about they swallow hook, line, and sinker - financial deals which are a direct harm to them.

But far-fetched conspiracy theories - which have no direct impact on their lives - they fervently believe in them!   Things like history, science, technology, our own government - are all presumed to be frauds.  But the nice people at the Credit Card company are giving away free money this week!

What happened to our country that made it go insane?   Was it the Internet?  The recession?   30 years of the media hyping "jobs" and "the economy" as never before?  Some sort of concerted efforts by Russian troll farms to rot our society from within?

Or maybe people have always been this way?  After all, conspiracy theories about "100 mpg carburetors" date back to the 60's and 70's.  This stuff has been around a long time.   I am not sure I know the answer.  Except that if you act rationally in an irrational world you will get ahead.

And maybe part of this is to focus your skepticism on areas of your life that are most directly impacted.   Being skeptical of the government is fine and all, but it isn't going to change the outcome of your life.  Being skeptical of a credit card offer, or some crazy mortgage loan, is probably a better idea - these are things that are going to impact you directly - and immediately.

But a funny thing.  At a party, some blowhard will go on for hours about dark conspiracy theories that the government is up to.   But if I try to discuss how shitty credit card offers are, people roll their eyes.  Why is this?  Well, they really can't do anything about the dark government conspiracies - it is part and parcel of learned helplessness.   But their personal credit card problems - and these sort of folks all have credit card problems - is something that can do something about, but choose not to (because it involves sacrifice and hard work).   Better to shout down these thoughts with more interesting (and unsolvable) conspiracy theories.

Or, maybe, up in the tower of some office building in Manhattan somewhere, an army of powerful psychiatrists and psychologists has already figured this out - and realized that if we can get the populace to believe in these crazy conspiracy theories, that they will swallow, without question, raw financial deals that will leave them bankrupt.

It sounds plausible.   But then again, that would just be another crazy conspiracy theory!

The reality is, it is just human nature.  It is part and parcel of our urge to externalize our problems - to believe that others are behind nefarious plots to rob our bank accounts.  We never want to look internally and see what it is we are doing wrong.