Social Media - the Television of the Internet 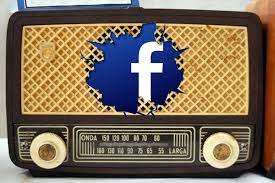 Is social media simply a continuation of the broad-casting model invented by David Sarnoff?  It does take an interactive media and makes it more passive.


In the early days of radio, back in the late teens and early 20's, you could go out and buy a radio set, and set it up in your home.   It was a bit of a pain in the butt, as it required extensive aerials, batteries, and headphones to use.  Loudspeakers and A/C power were not as common as they are today, and if you wanted a "Marconi Set" you had to be a hard-core experimenter.  You had to learn Morse code, if you wanted to hear half the messages on the air.  Audio signals back then were a real novelty.

(Around that time, a small company called Motor-ola developed an adapter that allowed people to plug their battery-powered radios into AC wall current! )

In a way, it was like the early days of personal computers.   Back in the 1970's, if you wanted a personal computer, you had to built one, from a kit.  You subscribed to BYTE magazine, which was printed on a dot-matrix printer, and you bought components for your computer, put them together, and started experimenting.   It was a pretty small and hard-core group of people.

Radio changed dramatically in the 1920's, when a young Russian Immigrant named David Sarnoff took radio to the next level.   Until that time, radio was the province of government, the military, and mariners - who used this two-way medium to communicate from point to point, much as HAM radio operators do today.

Sarnoff saw a huge potential for this invention - not as two-way communication between people, but as a mass-media device, where a few broad-cast networks would send powerful signals to millions of inexpensive passive receivers - and create media content for consumers to consume, paid for by advertising, of course.  He created the Radio Corporation of America  - RCA - which not only made affordable radio receivers, but created the first radio networks.

And in a few short years, every home had a radio - not the cumbersome battery-powered devices with headphones, but a simple receiver with a loudspeaker that you could plug right into the wall socket and get stations off the air with just the flick of a dial.   You didn't have to be an experimenter or an Electrical Engineer to enjoy radio.

The personal computer followed a similar path, although there was no David Sarnoff to guide its course from interactive machine to passive consumption device.  Or is there?  Computers standardized after 1981, with the introduction of the IBM-PC.   Now, you could go to the store and just buy a computer off-the-shelf and use it.   And instead of spending hours writing software for the machine, you could buy programs "off the shelf" and just use them, without having to understand how the computer worked (other than in rudimentary terms) and without having written a line of code.  The PC was on its way to becoming a radio receiver.

In the 1990's, networking started to take off.  Again, experimenters lead the way with primitive networks such as FidoNet and BBS dialup sites.   AOL started one of the first successful dialup networks (as did Prodigy) where people could "go online" and interact with others.   And at the time, people thought that AOL was the RCA of its day - but that turned out not to be.

The Internet, which had been around for quite a while, supplanted AOL, and like the public airwaves, the Internet was available to all - up to a point.   In a way, this was a step backward for the marketers and advertisers, as the anarchy of the Internet was difficult to corral and control.  The original Internet, like the original radio, was a two-way affair, with each person on the network contributing content, as well as consuming it.   It was chaos, to be sure - unbridled, uncontrolled, and largely unregulated, other than the self-imposed etiquette used by online nerds.

But, thanks to the profusion of SPAM on Internet "News Groups" and the evolving "World Wide Web", people online started gravitating towards websites, instead of text-oriented "newsgroups" and primitive PoP server e-mails.   By decades' end, the original Internet was pretty much dead, and websites had taken over from the News Groups.  Companies fought to get lucrative www addresses (domain names) which were viewed as the television channels of the future.

The problem with this model still, was that there were just too many websites, and no way to control or steer people to a few specific pages.   You can't mass-market to an audience if the audience is splintered amongst a million different sites.

Enter Google.   I still remember the first time I used Google - and someone mentioning it on an Internet Newsgroup.   A site that indexed the Internet!   How amazing is that!   And this was back when the content of the Internet was 1/100th of what it is today - if not even smaller.

Since then, Google has leveraged its position and can steer and control how people use the Internet, to some extent - and also gather data on what people are searching for - and sell that data and use it to tailor advertisements.   It isn't quite broadcasting, but something like it.

Enter Social Media - the television of the Internet.   And perhaps this is a good time to briefly talk about television.  When television came about, it was an extension of radio - it was radio with pictures, the ubiquitous "talking lamp" that is now in everyone's living room.   Television was never conceived as a two-way communications device, as radio (or "wireless telegraph") initially was.  It went directly from laboratory to commercial broadcast, as an upgrade to existing radio networks.   And the existing radio networks changed.  Gone was the programming of yesteryear (the "golden days of radio") and in was a new format - music played 24/7, with "top hits" marketed to a new young generation.

With only three television channels in most major markets (and some fuzzy Public Television on UHF, if your set even HAD that!) we all watched the same drivel - I Dream of Genie and Gilligan's Island.   Despite our diversity, we were a remarkably homogenous nation, in terms of media consumption.

Social media seems poised to do the same for the Internet.   Today many folks carry around a smart phone, and obsessively update their Facebook pages, tweet their friends (or read tweets of others) and text-message each other over, and over again.   Trends on the Internet "go viral" - sometimes by design.  The name of the game is to titillate, shock, and amaze - to find "interesting stuff" for people to look at - and the media companies of yore - and a whole host of new ones - are finding newer and better ways to "snag eyeballs" by using provocative headlines and even misleading stories to snag "hits" on their pages.

To be sure, it isn't quite the same as the old days of broad-casting.   Just as cable television morphed TV from a simple three-channel deal to a confusing panoply of over 500 channels (most of them dreck), the Internet has limitless "channels" for users to access.   There has to be a way for the average person to navigate all of this.

Social media, in the form of Facebook (for the moment, at least) seems to be doing just this.   For many people, Facebook is their default sign-in page, their window into the Internet, and how they view nearly everything online.   Website owners scrambled to create a presence on Facebook, as people no longer feel compelled to type in URLs anymore.

But the sad thing about this trend, is that we are becoming more passive as a result.   We no longer create content online, but merely consume it - from fewer and fewer websites.   Facebook provides only a few limited activities on its site (compared to the unlimited possibilities of the Internet).  You can post pictures with captions, you can "like" things, you can "friend" people, and you can make short little postings about your "status".   You don't get into any real discussions or do any real reading or writing.   It is as superficial as a re-run of "My Mother the Car", or worse yet, "The Mothers in Law".

And the reason for this was the same as the reason radio evolved from an interactive media to a passive one.   Passive people make excellent consumers, and what the marketing people want is a way to get people to buy things.  You don't want people creating content of their own - you want them to consume.   So you limit their content creation to a "like" of something, and encourage them to consume more.   After all, their almighty opinion about things is really the most important thing in their lives - right?   What you consume, we are told, defines who you are.  What brand car you drive, what brand of clothes you wear, liquor you consume, what shows you watch, and of course, websites you visit.

It is sad, in a way.   And you can tell what I call "Facebook people" from real people pretty quickly.   Most Facebook folks are rather superficial, helpless in their personal lives, not very productive (after all, they spend all day on Facebook) and usually have their nose pressed to a smart phone as they text away about some triviality.

I don't know a lot of Facebook people, and the few that I do know, well, are kind of shallow and depressing.   Like good little depressed consumers, they spend a lot of time worrying about what other people think of them - and spend a lot of time gossiping about other folks (fed no doubt, by reality television, another part of this matrix of lies and deceit).

It is sad to me that many people think of the Internet, which is the largest database of information in the history of mankind, only in terms of Facebook.   It is akin to watching an IMAX movie through a tiny peephole.