Why the Third Season of Anything Sucks. 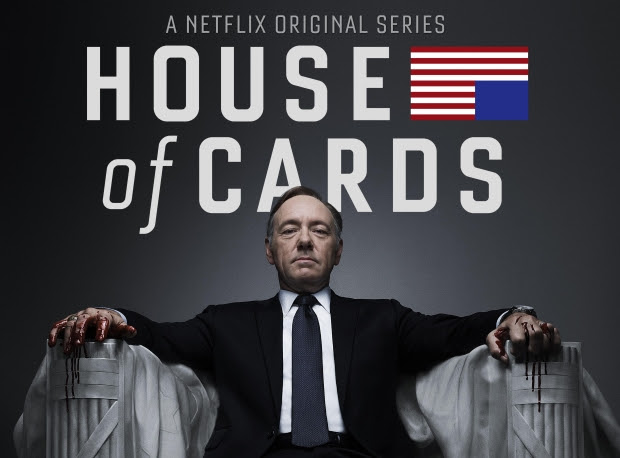 By the third season, an audience has formed for a show, so they fire the original writers and start phoning it in.

A lot of folks are disappointed in the third season of House of Cards and I could have told them it would have sucked, from the get-go.

First of all, while I would pay cash-money to hear Kevin Spacey read the phone book, the series is a pale imitation of its British original.

Oh, yea, that's right, like any other successful series on television, it is a copy of something the Brits did years earlier.  Whether it was Sanford and Son or Who wants to be a millionaire, the original idea came from across the pond.   Credit where credit is due.

(By the way, how can "House of Cards" be a "Netflix Original Series" when it is a copy of a British one, right down to the title and the names of most of the characters?)

Serial episodic television, as I noted before, is comfort food.  And it is amazing how much work goes into cranking out what is, in effect, a mini-movie, every two weeks or so - sometimes a week - on schedule.   Some series have as many as 22 episodes per season (!!) which is an awful lot of work for the cast and crew.

If the series catches on, well, people will tune in, just to see their favorite characters exchange quips.   And before long, plot and dialog are replaced with wildly applauded entries for favorite characters (applauded for doing nothing, basically) and for repeating signature catchphrases ("Dyn-O-Mite!").

The show becomes a big steaming mound of . . . mac 'n cheese.  Comfort food, basically.  A bar where "everyone knows your name" and so forth.  You tune in to hear Hawkeye needle Major Burns, and come away feeling warm and fuzzy because at least the Korean war will never end (and indeed, it hasn't, officially).

Glee! is another example of the phenomenon.   It was witty and sharp for the first two seasons, and then the Fox executives took over, fired all the original writers, and created a money-making machine, like the Simpsons.   I am not saying that you won't find a high spot or two in the subsequent seasons of either, just that the thrill is gone by that point, and you are back to comfort food.

House of Cards sort of fizzled out in the third season.  It became less about Machiavellian scheming and more about political wrangling about a jobs bill of all things.   Sort of reminds you of the Star Wars prequels.  Hard to get excited about trade negotiations gone wrong.   You just want to scream at the screen, "Enough chat, already!  Go kill someone!"

Of course, this is one reason why I watch a lot less television these days.   We get Netflix for $7.99 a month and maybe watch an hour of it every other night.   This is a lot less than the average 4.6 hours per day that most folks watch (news, sports, and of course, their "favorite shows").   Watching television without commercials makes you realize how shallow most commercial television is (the frequent breaks means frequently re-capping the action) and watching episodes in rapid succession (nightly as opposed to weekly) makes you realize how repetitive it is.

With House of Cards, you quickly realize that entire episodes are throwaways - just fillers that do nothing to advance the overall plot line.   And for some reason, the characters in the third season appear to be different than the ones in the second season.   What ever happened to the three-way sexual relationship with their secret service body guard?   They went from kinky sex in season two, to asexual policy wonks in season three.

The padding is probably necessary as the original British series was actually three separate series (with different titles) each being 50-55 minutes of four episodes apiece.   The US series had to pad this out considerably, and as with The Sopranos you sort of feel cheated after each episode when the main plot lines progress at a snail's pace - or what you thought was a main plot line, fizzles out when the writers lose interest (the Sopranos was a classic Soap Opera in that regard - characters are written in and out at whim, and plots lines taken up or discarded when it suits the narrative).

But overall, you will find it to be true - that any television series is basically toast after the first few seasons.   It is, after all, the reason they pulled the plug on Star Trek at the end of season three.
Newer Post Older Post Home