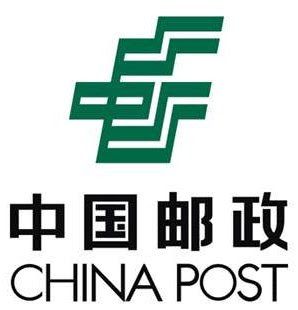 Things are made in China at alarmingly low prices.  Sadly, by the time they get to the store shelves in America, the prices have been marked-up considerably.   You can cut out the middle-man and buy directly from China.

I recently did another minor overhaul on my 1999 Trek 6000.   I broke a spoke which sort of bent the rim (which after 17 years is amazing - those Bontrager rims really hold up!).   I found a used set of rims (hopefully not stolen) on eBay, as well as a new freewheel (cassette) from Japan of all places, and also ordered a new chain for Mark's bike.   I also bought a cassette tool for $1.10, including shipping, on eBay from an outfit in China.  I even found a guy in North Carolina who made me some new spokes, so I was able to repair the old wheel and re-true it to the point where it will make a good spare.

Repairing an old bicycle is not really a value proposition as you can buy a brand-new bike for not a lot of money, thanks to low-cost production in China.   This is, of course, the part of the economic equation that the Unionists and Protectionists fail to acknowledge.    Since the cost of goods from China is so low, even if wages are stagnating in the United States, our effective standard of living is far higher as our wages can buy more low-cost goods.

If we go to a protectionist model and try to shut-out Chinese-made goods, all that will mean is that a few factory workers will make hefty salaries (as was the norm in the 1970's) and the rest of us will have to pay sky-high prices for basic consumer goods.   This is what caused the dreaded stag-flation of that era, and no, you really don't want to go back to that model.

But getting back to China and bicycles, most bicycles today are made in China, with the exception of a few very expensive American-made brands, such as these beautiful bikes made in Brooklyn, of all places (as you might expect, they cost thousands of dollars).   So paying "retail" prices for bike parts, or worse yet, American labor rates for repairs, just doesn't make sense.  And yet, I see oldsters spend $50 to have a flat tire repaired at the local bike boutique, on a bike worth maybe $250 new.   It really makes no sense and illustrates how our throw-away economy works.

But if you are handy, you can buy parts cheaply and mend things yourself.   For example, I converted Mark's bike to a cruiser by adding this handlebar stem extension, which was very cheap, from China.  You can go online and find things like this for only a few dollars each - including postage.  Provided you are prepared to wait a few weeks, they arrive in funny soft-sided packages, usually with a Singapore return address.

I have bought a number of small items this way over the years, for a few dollars, usually on eBay.  Things such as bicycle gloves, cables, the stem extension, and so forth.   While these can be great bargains, there can be some difficulties involved:

1.  Since you can't see or touch the item, you might not be sure of its quality, whether it will work, proper size, fitment, and the like.

2.  Return policies are difficult.   Since the cost of return postage is more than the price of the article, you may not be able to return an item.   In some cases, the seller just offered to refund my money when I wasn't satisfied.   In other cases, you may be out of luck and a few dollars.

3.  You do have to wait.  Since these are sent by parcel post from China, there is no tracking number you can use to follow the shipment.   Shipping can take weeks in some instances, mere days in others.   Usually you have to wait a week or more, which can be a bit unsettling.

4.  Sometimes the product is junk.   USB cables that are supposed to be C-rated end up not working for some applications, for example.   There are some unscrupulous vendors out there.

5.  The language barrier - communicating with these sellers can be difficult as their command of English is limited and often the listings on eBay are brief or confusing.

What is interesting about this business model is that these folks in China are taking small, inexpensive items and then selling them directly to American consumers.  Usually these are small, easily shipped items that are so inexpensive that even if they turn out to be crap, you can afford to take the loss.   So the risk involved is pretty low.

What is also interesting is that these same items, bought at a retail store in America, could be prices as much as 10x higher than what you pay by buying directly from China.   However, this illustrates the costs involved for a store to buy these items, warehouse them, package them, ship them to stores, put them on display, and then sell them to you with the overhead involved.

Overall, however, I have to say my experiences with buying things directly from China has been positive.   The biggest issue is that it is hard to tell if an item will fit your bike (or your hand, in the case of gloves).   Vague and misleading descriptions are the worst aspect of this.  You  may end up buying the wrong item or wrong size, if you are not careful.  The best sellers, however, do often refund your money, as they want to maintain their positive feedback.