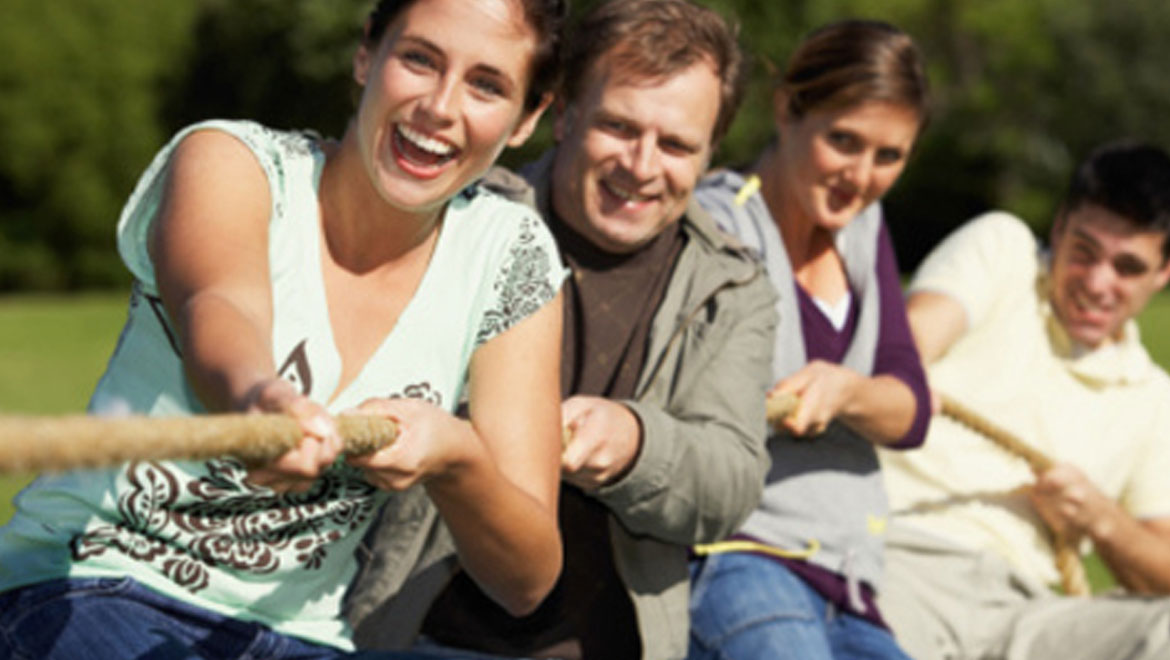 Does the thought of participating in group activities generate even a small amount of social anxiety?  I think this is the new normal for modern Americans.

We all have personal choices and preferences today.  I have a friend who makes a big deal about what she likes and dislikes.  So whenever we go out to eat, go to a movie, or whatever, her preferences and tastes have to be taken into account.   At first I thought she was being a bit of a dick about this, but then I realized this is how an entire generation is being raised.   We no longer have group experiences, but rather individual ones.

For example, the Keurig coffee maker is now wildly popular.  Since more and more people live alone, the idea of making an entire pot of coffee seems wasteful.   But more importantly, in a group situation, the Keurig allows each person to have their choice of beverage.   No more do we have to live under the tyranny of the pot of coffee!   Instead of all of us sharing a beverage we each have our own flavor to choose from - regular, decaf, cafe au lait, or chai tea - or whatever.

And of course, we are encouraged to build our personal identity around these choices.

The same is true of Pizza.   Not long ago, you would go to Pizza hut and have a large pie and share it with your friends - along with a picture of Pepsi or Budweiser.   Everyone had the same thing and we all "went in" on a Pizza.   Today, well, it is different.  You go to a restaurant, and if you suggest ordering a pitcher of beer, you are seen as a fascist.   Everyone has their own choice now.   Everyone orders a different kind of slice or an entree item.   Getting people to agree on even an appetizer ("Oh, I don't like that!") is nearly impossible.

Even if you get them to agree to order a pizza, they want one half vegetarian, one half meat, and one-quarter with no olives.

At home, it is no better, if not worse.   Everyone has their own television and computer, so the idea (which the networks still show in their ads) of the entire family sitting around the telly watching their "favorite shows" is antiquated.  Even here on our little island, the retirees retreat to opposite ends of the house, which are alight with a blue glow in the evening.  He watches Fox News and gets outraged, she watches her crime shows and double-locks the front door.

Even family meals are passe.   The kids all grab a "hot pocket" when they get home from their after-school activities, and Mom and Dad wolf down something separately as well.   A friend of mine did this, and when we went to their house for dinner, they would make a separate entree (usually pasta) for their kid, who would scamper off to his lair to watch violent television or play video games, rather than join us at the dinner table.  "It's just a lot easier to let him do what he wants," his Mom explained.  I watched in horror as he washed down a head-sized plate of pasta and cheese with an entire six-pack of Pepsi.  "He's ADD you know," she said.  When I mentioned his diet of all carbs, it was quickly dismissed as a possible cause of his hyperactivity.

In the olden days, we sat down as a family for at least one meal a day - usually two, breakfast and dinner.  On weekends, lunch was a family affair - often a picnic.   We had to learn our manners, and our parents had to tolerate eating with children (the ultimate diet plan!).  Today, well, we all go our own way, as it is "easier."

The family home once had a single phone - perhaps an extension in the bedroom.   But the whole family had one phone number.   Maybe those fancy rich kids had a "kids phone" extension, but even then, three or four children would have to share one phone line.   Today, we all have our own cell phones, of course, and a phone number is assigned at birth it seems, much like a social security number.   In the future, we will all be able to tell our places of birth by our area codes, much as the prefix of our social security number indicates.   Perhaps this is already happening.

It is funny, but people ask us, "which car is yours and which is Mark's?" as if the cars had personalities.  They look flabbergasted when we say we use whichever car is appropriate for the task at hand - hauling people or lumber or whatever.  But for most people in the USA, a car is yet another personal choice that we are told tells everyone something about us.  Most married couples have "his car" and "her car" and the "family station wagon" is no more.   And it goes without saying that each child has their own car once they reach age 16.   Asking Dad for the car keys on a Saturday night long ago ceased to be a ritual of adolescence.  Why would you ask Dad for his car keys, when you have your own car?

Group experiences are just not as popular as they once were.   Summer camps, once the staple of middle-class America, have largely gone bust.   The camps of my youth are all abandoned properties now - or vacation homes.  Kids don't want to go away in the summer and have a group experience but rather an individual choice.

And speaking of vacation homes, the idea of the vacation resort lodge, with family-style dining, has given way to the individual vacation cottage.  While in Northern Minnesota, we saw a number of the old style "family lodges" on the lakes that were very impressive - and throwbacks to a simpler time.  Most have gone bust, and a few remain.  But fewer families want to live in a big hotel and eat at the same time as everyone else - and eat the same food, often at the same table.   So instead, miles of unoccupied vacation cottages have sprung up - empty for most of the year except maybe a month in the summer.

One thing that drives this is wealth.   Shared experiences were a way of saving money.   We had one phone number and one phone for the entire family, because that was all we could afford.  Similarly, we all watched the same television shows (often having to compromise on choice) because we had only one television (and it was black and white).  Hey, there were only three channels anyway, so it wasn't such a big deal - and all the shows were the same.  But it is one reason variety shows were so popular back then - and why they have fallen from favor since.

Today, we are a wealthier country, so the family car is gone and everyone in a middle-class family has their own set of wheels.   People eat apart, work apart, watch television apart - even go to the movies apart, thanks to the multiplex (Mom and Dad can see one movie, the kids another).   Doing things together is frowned upon or just avoided.   Too much social anxiety to be with all those other people!

And I have to say that I am part of this trend.   I don't like being with the herd, and like everyone else, I like to think I am unique and individual, even if I am unique and individual in a very ordinary and common sort of way.  Things like potluck suppers and group activities are not something our generation really is into.  Perhaps it is all that marijuana smoking that made us anti-social.

Even something as common and binding as the Internet turns out to be dividing, not uniting.  We all find our cubbies or chat groups or facebook friends or subreddits where everyone agrees with what we say.   Group activities where you might have to deal with someone you don't like, or worse, who disagrees with you is atypical.

And maybe this is why we are so partisan today.   We all want things "our way" and individualized.   We don't want to share - not one iota.   If we have, we want to keep.  If we don't have, we want to take.  There may be two sides to any given issue, but each side really isn't interested in listening to the other or worse yet, compromising on any given position.  Heads I win, tails you lose - no one wants anything less than that.

Even group activities that still exist, such as group sports, are becoming more individualized.  There may be no "I" in "Team" but the superstar athlete is not viewed in the context of his teamwork, but his individual achievement.  We are fans of a team not as a group, but as individuals.  The box seat is the new norm.  Leave me alone, I'm watching the game.

Of course, folks in other countries still do group activities.  The Germans love their Volksmarches and their beer festivals, where everyone sits at a "fest bench" and shares a beer and bratwurst with total strangers (who often become friends).  Of course, the Germans were famous for their group activities and that sort of got them into a lot of trouble a few years back.  But I digress.

I guess it just struck me that our world is changing in this one small way.  Our generation are not joiners.  We don't join clubs or organizations like our parents did.   Dads today don't go to the "lodge" to be initiated in the fraternal order of the buffalo or whatever.  We kind of look at that sort of stuff as hokey and dumb.

And maybe it was, or maybe we are losing something important by being so individual.
Newer Post Older Post Home