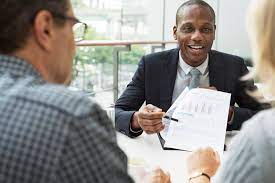 You may have thought your financial adviser has your best interests at heart...

The Labor Department issued new regulations today which hold financial advisers accountable to clients under a higher standard.   Now, like attorneys, accountants, bankers, and other "agents" who work on your behalf, your financial adviser has a fiduciary duty to advise you what is in your best interests and not his.

Like many other people, I was sort of floored by this.   You mean he didn't have this duty before?   No.   Under the law of Agency, someone you hire to act on your behalf, such as an attorney or a real estate agent, has a fiduciary duty to represent your best interests, even if they are contrary to the agent's interests.   While this hasn't always played out in real-life, it is, at least, the standard they are held to, and in theory, they can be sued to engorge (throw-up, literally) any profits they make at your expense.

So, for example, I mentioned before about an real estate agent I knew who decided to "do their client a favor" and "take that old house off their hands" when a sales contract fell through.   She re-sold the house at a $100,000 profit the next month and thought it was a clever deal and that in fact, she was doing her client a favor.   But in reality, she violated her fiduciary duty to her client to represent the client's best interests, by purchasing the house herself (itself a conflict of interest) and then profiting handsomely at the client's expense.   She could lose her real estate license over that, and if sued, would have to fork over the profits she made.

The "Financial Adviser" industry has taken off in the last few decades.   Since the enactment of the IRA/401(k) in 1978, the government has forced us all to be investors.   And most of us haven't a clue as to how to invest.   For the most part, if you work for a company, you sign up and they offer three or four mutual funds to invest in.  You pick a few and that's the end of it.   Most of us have no idea what the fees are, the loads or expense ratios.   We just assume that our bosses, who are invested in the same plan, did their homework and sold us the right thing.

When we leave the company, we roll over our 401(k) into an IRA, which the financial industry tells us is a good idea.   A good idea, because it gives a financial adviser a chance to make a little money.   And since they are not held to the standards of the laws of Agency, they can advise you to do things that make them money, while taking money away from you.   Under the old standard, financial advisers were salesmen on commission selling you mutual funds and other products.   Today, they are now suppose to be your agent - with a fiduciary duty to look after your best interests.

This is a good thing - but 30 years too late for most of us.   The 401(k) generation is about to retire, and if our advisers sold us high-load and high-expense-ratio funds, well, we lost a lot of money over the years and never realized it.    And many advisers played these sorts of games.

What kind of games am I talking about?  Here are a few:

1.  Selling a high-load (5%) fund and not telling the client about the load, unless they ask, and even if they ask, lying about it to the client or downplaying the impact ("sure there are fees, any good fund has fees - you'll earn more money in a good fund!).   I had one adviser sell me American Funds with 5% loads (that mostly went into his pocket).  Another wanted me to liquidate my entire portfolio and put it all into a 5% load fund, which would have netted her a nice $50,000 paycheck for one afternoon's work.   Fortunately, by then I was smart enough to say "No."

2.  Selling annuities or insurance vehicles as part of an 401(k) plan:  I saw this at one place I worked at, and the loads were high, and since the product was an insurance vehicle, the overall costs were pretty high.   I smelled a rat, and backed out of it, fortunately.

3.  Selling annuities to old people:   A friend of mine was convinced to put all his money into annuities.  It is not a rotten deal (as in, losing all your money) but it is not a very good deal either.  Annuities have high expense ratios, and thus are not a real bargain.   The worst offenders are salesmen who push old people into annuities that won't pay out for ten years or more, effectively leaving them destitute.

The common thread in all of these scenarios is that the financial adviser makes a lot of money in the short term, and while do you make money over time, the amount lost due to excess loads, fees, and expenses, can add up to a hundred grand or more in retirement.

There are a few situations where crooked financial advisers (am I being redundant?) have literally stolen a pensioner's every last cent.   Usually we find out about these cases when the adviser is sent to jail.  The pensioner gives the adviser "trading authority" for their account, after being talked into it using sales tactics.  "That nice young man at the brokerage!  He is always calling!  Such a nice young man!" - the pensioner is often clueless as to what is going on.   The adviser or broker then "churns" the account, buying and selling dozens of times a day - each time earning himself a commission - until the corpus of the account is drained bone-dry.  But these more egregious examples are few and far between - and usually prosecuted.

The financial industry is pissed-off about this new rule and it is not hard to see why.   High-load and high-expense-ratio funds are big money makers for Wall Street.   If you can skim 5% off the top of someone's retirement savings, well, that's a lot of money.   On the other hand, merely making a little in the margins on an index fund is no fun at all.   And that is what many money managers will be forced to do, under these new rules.

But of course, we here at Living Stingy believe in personal responsibility.   So what can you do to protect yourself?   Because while this new rule is welcomed, it likely won't change too much.   When you see your financial adviser, you will be asked to sign more "disclosure" paperwork, and like with a lease agreement, the nasty numbers they don't want you to see will be disclosed - but the adviser will certainly not dwell upon them.   If you later on cry foul, they will show your signed disclosure agreement and the load fees (on page 6 of the prospectus) as evidence they followed the new law.

The onus is still on you to protect yourself.  Government regulations are useful, but relying on them to protect you is a chump's game.   So what do you do?

First of all, is to educate yourself about finances.   I am embarrassed to admit it, but until about 2009 when the shit hit the fan, I was pretty clueless (and still am) about a lot of things I invested in.  Financial Advisers seemed to give me glib answers when I asked pointed questions.   I thought (foolishly) they could provide me with advice and information.   The only advice any of them had was self-serving.   Expecting a financial education from a financial adviser is foolish.

Learn what "loads" are, what "expense ratios" are, and how these mutual funds work.    Check out some books from the library - solid advice, and not some glib crap from a "financial guru" like Sooze Orman or Dave Ramsey.

What you will learn is that there really isn't a lot to learn.   While it all seems so terribly complex and difficult, really the best idea (if you don't want to put a lot of time into this) is to invest in a number of low-cost (low expense-ratio) mutual funds from a no-load company like Vanguard or Fidelity.  If even that seems too complex, consider an index fund.   As you get older, put more into secure investments and less into risky ones.   Pay down debt over time, so you are debt-free by retirement.   That's really the whole deal, right there in one paragraph.   Anything else is style points.

Sadly, for me, it took about 30 years to learn all of this - and I am still learning painful lessons every day.   I easily have left $100,000 or more on the table, due to poor advice from people I thought had my best interests at heart, but turned out to be nothing more than salesmen.

And in that regard, you can save yourself a lot of time and hassle by dealing directly with the company involved (Vanguard, Fidelity) and by not going through a salesman who has a storefront in the strip-mall (and you know the chain I am talking about - they are everywhere these days).   This does require work on your part, but like so much else, it is more rewarding than simply handing this off to someone who says, "Trust me."
Newer Post Older Post Home