Do You Need a Smart Home? 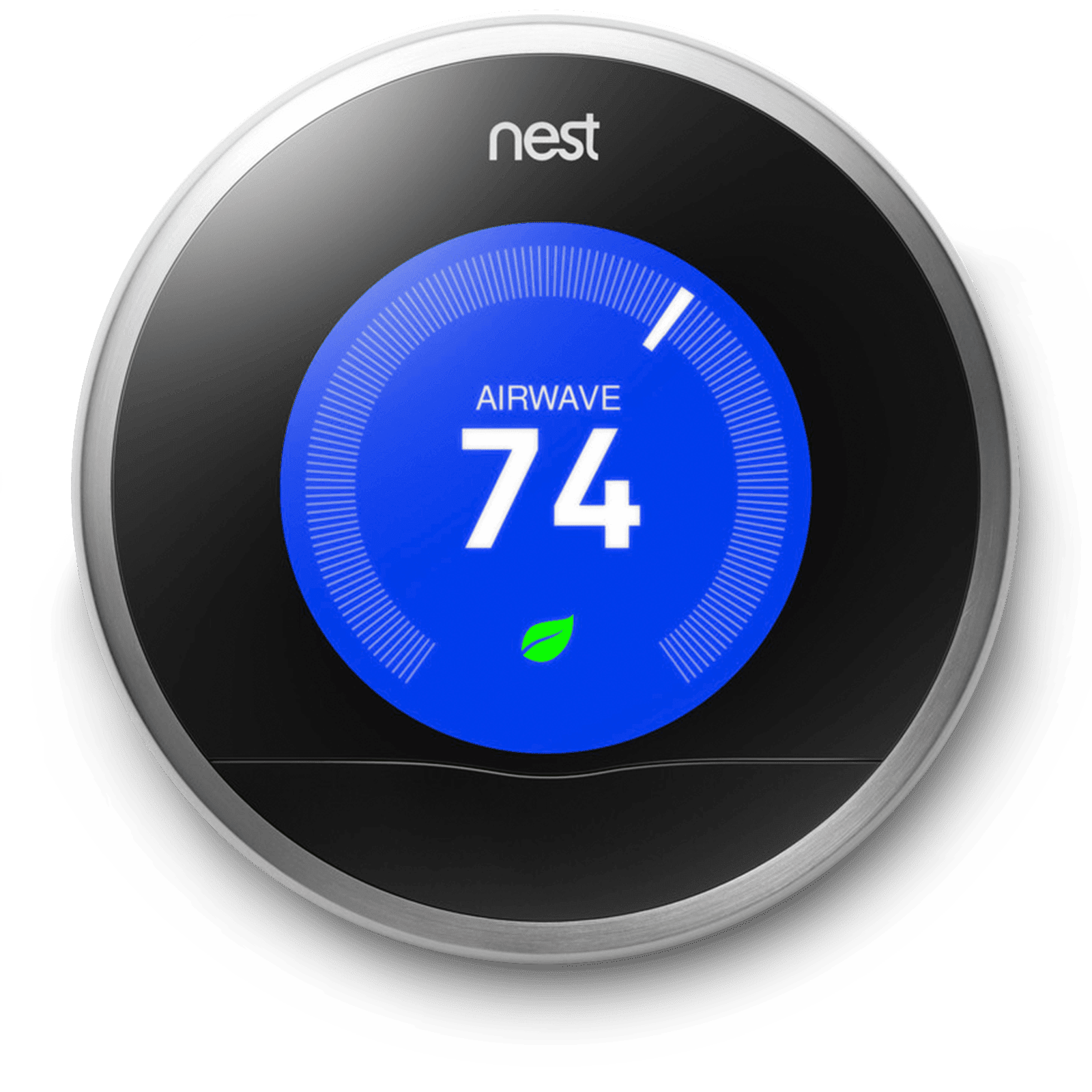 Home Depot and Lowes are both selling Nest brand smart home devices.  Do you really need these?

The premise of the smart home movement is the idea that, like in a science fiction story of yore, you can set up your house to be programmed - via an app on your smart phone - to have a number of controllable functions.   You monitor temperature in the house and adjust the thermostat.  You can program your outdoor lighting to come on and off at different times.  You can program lamps in the house to come on and off remotely.   You can monitor all of your appliances and adjust them from an app.   You can monitor security with cameras and sensors and determine whether someone is trying to break in, and if they do, catch them on video.

It all sounds so intriguing at first.   But after a while, you sort of wonder, if this isn't one of those things are kind of cool-sounding, but once you have them, you might wonder whether it is all worthwhile.

For example, take the Nest thermostat.   Seems like a great idea, right?   But think about how many times you adjust your thermostat.   Odds are, if you are like me, it isn't very often.  Programmable thermostats were all the rage back in the 1980's and 1990's.   We were told we would "save energy" by having a thermostat that could be programmed to reduce heating (or cooling) while we were away, and then have the house comfortable for us when we returned.   All we had to do was program a seven-day schedule to adjust the furnace (or A/C) for morning, daytime, evening, and sleep periods.

We had one of these.  It was a piece of shit.   Why?  Well, if you sat down with the instruction book, you could figure out how to program heat and A/C (separate programs, of course) for these different time periods.   Weekends, of course, would be different.   And once you got it programmed, it worked well, until you had a power failure and the battery backup went dead.   At that point, you might just decide to forget about it and just turn the thermostat up or down when you left the house.

Or, you bought a house that was properly insulated and sealed.   If you did this, the programmable thermostat really didn't save much dough.   If you let the house get warm (or cold) during the day while you were gone, you really didn't "save much" pulling it back to set temperature an hour before you returned.   In our old, un-insulated leaky-window house, yea, it might have made sense not to cool or heat it during the day.  But in a better-built home, the savings were trivial, if indeed there were any.

For example, you set the thermostat to allow the house to rise up to 85 degrees during the day while you are gone.  The sun is out and the house heats up.   At 5 o'clock it is programmed to go back down to 72 degrees, so that by the time you get home at 6, the house is nice and temperate.   The alternative is to leave the thermostat at 72 degrees and cool the house all day - which would be wasteful, right?

Maybe.   The problem is, when you let the house get really hot during the day, it takes that much more energy to pull it back down to set temperature in the evening.   You have to not only cool the air, but all the contents of the house as well.   Keeping the house temperate all day long might require a little more energy, but for a well-insulated and sealed house, maybe not a lot more.

Of course, today I work from home.  And we have a dog.  Programming a thermostat is really not very practical.   Even if you could let the house temperature vary, how does the dog feel about it?   And is the hassle and cost of all this worth the alleged savings?   Setting the thermostat to 75 degrees is a lot less hassle, really.

A Nest thermostat promises to eliminate a lot of the hassle factor.  But at a $250 price tag, it had better save a lot of money in short order to pay for itself.   What it really comes down to, I think, is a nice electronic toy that you can justify is saving you money, even if it really isn't.

We recently had to buy a new garage door opener.  The old one worked fine, but for some reason, it would go up or down by itself on occasion.  It was an older model without rolling codes.  Any signal on the same frequency would set it off.   The motherboard could have been the issue, but replacing that cost nearly as much as a new opener.   I saw the same machine (made by Chamberlain, of course) at Lowe's for $119.   It took about an hour to install.   They also had the same model for $149.   The difference was, for an addition $30, the fancier one would interface with an "app" on your smartphone, so you could open or close the door with your phone.

Sounds like a cool feature until you realize that your car already has a built-in Home-Link garage door opener button.   And dicking around with your smart phone to open the door (unlocking the phone, running the app, selecting open) is not really a convenience.   I don't think people are really thinking through these "Internet Appliances" very well.  They should be easier to use than the devices they replace.

For example, Internet-ready televisions are literally plug-and-play.  And they are easier to use than plugging in a laptop into the VGA or HDMI port of an existing television (as we did in the past).   There really is a compelling need here, and a compelling product.

Programming your lawn lights from your smart phone?   Maybe.   But a simpler alternative is to have no lawn lights at all.   Having had the killer lawn light setup in the past (in more than one house), I can tell you firsthand that they are a pain-in-the-ass to maintain.   Once a year, I would have to go and fix broken or corroded connections, replace blown bulbs, and of course deal with lawn mower strikes to the lamps themselves and their wiring.   And that they really did was just light up the house on the outside - for the appreciation of no one.

Ditto for security systems.  If people are breaking into your house, maybe you need to move to a better place.

The big problem for all of this junk is that you can spend a small fortune wiring up your home this way, and end up having to throw it all away in a year or two.  Such is the fate of people who invested early-on in Revolv home automation.   Nest bought the company and then shut it down.   That's bad enough - to have an orphan product with no tech support - but they made it worse by shutting off the app, so the equipment you have is now "bricked" and of use to no one.

This is the new paradigm of home electronics.  You buy the device, but it is merely part and parcel of an online service.   If the company goes bust or decides to no longer support the product, all that electronics becomes useless overnight.

Trusting "online" services and companies is problematic, as I learned firsthand.   You can upload a lot of content to the Internet, only to see it fly into the ether when the CEO decides to "take the company in a new direction" and dumps all the data from the servers.

Of course, obsolesces of technology is nothing new. When I was a kid, the technology to have was a killer stereo system, with individual components, a fussy turntable, a reel-to-reel tapedeck, and huge monster speakers.   You could spend thousands on such a system, and the local stereo store would finance it on monthly payments.  I remember going there as if it were a church.  Handsome young men in leisure suites with carefully coiffed feathered haircuts would take you to the glassed-in "upscale" room and sell you a high-performance stereo "on time".

Today, the store is a burned-out shell on Erie Boulevard.  When CDs came out, they killed the stereo business.   The local "high end" store had turntables that formerly cost thousands, stacked like cordwood outside, with a sign saying "free".    Stereo television and eventually, surround sound, made traditional stereo obsolete.  Suddenly we had to have a center speaker and a subwoofer, as well as surround speakers - all tiny and cheap.  Computers accelerated the trend, and today the "must have" electronic device is the latest smart phone, not some cumbersome stereo system.   Times change, priorities change, people change.

Investing in consumer electronics is a fool's errand.   All that can be said for certain is that today's tech is tomorrow trash.   And in the market today, often the electronics are secondary to the services provided.   Time was, a router was something expensive you bought - and owned.  Today, it is built into your cable modem (or whatever) and basically given away for free.  When you terminate service, they don't want it back.

So no, I am not ready to drop a few hundred or few thousand dollars computerizing my home.  Yes, it would be cool to program lights to go on an off with a smart phone.  Cool, but not $500 cool.   At most, perhaps, I might buy an internet-ready motion-sensor camera, to keep an eye on the place when I am not around.   But like so much tech today, it doesn't make sense to spend a lot of money on a "brand name" model or to pay a monthly fee for a service to use it.
Newer Post Older Post Home