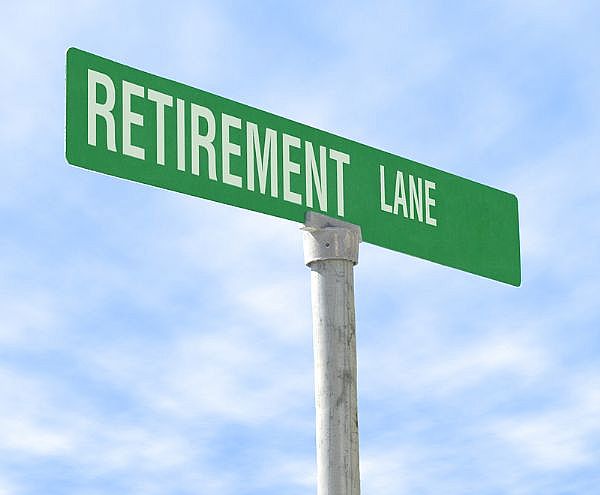 Early Retirement is not easy as some folks make it seem to be.  The problems may not manifest themselves until you are far older.


Early retirement is held out as a dream for many.  And many folks are retiring earlier than ever before.  The problem with early retirement is that you may not be able to tap into your 401(k) or IRA or pension money, and certainly not your Social Security.   So you have to live on some after-tax savings, and that can be tricky.   When you first retire, it may seem like a lot of fun, but mistakes you might make could cost you down the road.

1.  Not Having a Budget:  Making a budget and sticking to it sucks.   It takes a long time to sit down and figure out where all your money went.   Some programs like Quickbooks, allow you to create budgets, but it is time-consuming.  The good news is, since you are retired, you have all the time in the world to work on your budget and monitor it.   However, before you retire you need to figure out how much you are spending and realistically come up with a workable budget which you can live with.   An unrealistic budget is as useless as no budget at all.

2.  Not Having Enough Money:  There are a number of retirement calculators out there, such as this one from Vanguard which can give you a good idea if you'll have enough money to last through retirement.   One problem many folks have is that they think $100,000 is a lot of money and not just enough to live on for a year or two.  Even a million dollars can be run through in short order, if you you spend it too fast.   Work out your budget and then think about how your money is going to fund that budget.

3.  Not Planning for "What If?":   Shit happens, as they say, but some shit is predictable.   You will need to buy new glasses every couple of years.  You may need dental work every five to ten years, depending on the health of your teeth.  Your car will need tires and a battery after about five years.  Household appliances last about 15 years, roofs about 15-30.   You can estimate the cost of these things and then amortize them over the appropriate number of years (remaining, in some instances) and then add this number to your budget.   If you fail to do so, you may think you have more money to spend than you do, and when a nasty unexpected expense comes, it will drain your finances.

Other times there are other expenses which can't be quantified.   Hopefully with Obamacare, you won't be bankrupted by health care costs - but even so, the deductible and out-of-network care can add up very quickly.   Have a buffer for such expenses.

4.  Giving Away Your Money:  Parents love to lord over their children by doling out cash.  They get to feel like parents again and in charge.   But if you dole out cash to "needy" children (or siblings, or parents!) they won't likely dole it back to you when you are in need.   In a recent posting I noted how a couple ran into financial trouble when they had to pay for "burial expenses for relatives."   Why anyone should have to pay for a relative's burial expense is beyond me, and why that should be a major expense is also questionable.   Burn and Scatter - it costs less than a thousand dollars, often far less.

5.  Risky Investments:   Your short-term spending money (after-tax money for early retirees) should be in safe harbors.  You are going to spend it in the next few years, until you reach 59-1/2 and can tap your 401(k) or 62 and tap Social Security.  It is tempting to put your retirement money into something that will "grow with time" but if it happens to tank in the short-term, it can put a real dent in your retirement planning.  At this stage in your life, you are not going to make much money from your money.  This is not to say you should keep all your money in a mattress or a low-interest savings account, only that you should be moving away from stocks, particularly high-risk volatile stocks (such as tech stocks) and into more stable things.

6.  Big-Ticket Purchases:   It may be tempting to buy a $250,000 motor coach with all that IRA money you have saved up.   After all, you've got over a million dollars saved up, right?   What's $250,000?   Well, it is a quarter of your net worth and that is a lot to spend on something that will be worth only $125,000 in five short years.  And no, despite what the salesman said, they don't "hold their value".   Ditto for large boats, vacation homes, and fancy cars.  Just because you have the money doesn't mean you can really afford it.  Even if you can "afford" the monthly payments from your pension plan, if you are "upside-down" on the purchase (as I have seen happen more than once!) you may find yourself tens of thousands of dollars in the hole and unable to get out from under an albatross.

7.  Retiring Too Soon:  All of these things, particularly Item #2 can fall under the category of "retiring too soon".   If you retire too soon, you will burn through your savings too quickly and end up broke.  Living here on Retirement Island, I have seen this firsthand and it is heartbreaking - people who spend large early on or retire in their early 50's, only to be destitute in their 70's - living on Social Security alone.

8.  Retiring Too Late:  On the other hand, we've seen the sad classified ads in the RV magazines that read: "For sale, dream motorhome, used only once, must sell due to illness."   People retire and then die within weeks or months, never enjoying their retirement because they felt that they had to work until they were 70, slowly killing themselves in the process.  Indeed, many today say, "I'll just work until I'm 70!" as if this was a special treat - or that they will let you.   If living paycheck-to-paycheck is something you find relaxing, then more power to you.   But financial stress can lead to physical stress, which in turn can lead to an early grave.

9.  Staying in the Home:  In a recent posting, I noted that a couple got into trouble with a reverse mortgage.  They wanted to "stay in their home" in a high-tax and high-cost-of-living area, when they had enough equity to cash out and buy something that was paid for.  The emotional desire to "stay in the home" often driven by fantasies of holiday homecomings should not cloud your financial reason.   When you get older, owning a big house and lots of empty rooms is not a special treat, but an onerous and expensive chore.

10.  Not Having a Plan B:   Again, the story with the couple with the reverse mortgage, I was shocked that they could not find part-time work or some other means of raising money to pay for their insurance and property taxes.   Mark had a part-time job (three days a week for eight months of the year) that paid over $6000 - enough to cover our food bill or pay most of our housing costs.    There is nothing wrong with taking on a part-time job in retirement to supplement your income and pay a few bills.   Living in an area where there are jobs, of course, is helpful.

11.  Not Talking About Money:  This is probably the biggie.   In planning retirement and going over our budget and spending, I was shocked at how much we spent last year - we kind of lost a lot of the discipline we've tried to build up since 2009.  Talking about this with your spouse is hard - people get anxious and defensive and lash out or retreat and withdraw, even if they appear to be reasonable or to be listening.   If you say, "We need to spend less money on restaurant meals" they might reply, "Well, you waste all that money getting the oil changed in the car!" - that sort of nonsense.    Being able to sit down and talk about it - or even argue about it - is important.   If people don't talk about money, both parties assume that there is money to spend, and they spend it in a classic "race to the bottom" relationship, where each party spends in retaliation to the other.   Have a budget and work on it together and then monitor spending throughout the year and compare it to your budget.  If you see one category going beyond what was allocated, then talk about how you can both economize to make up the shortfall.

These are just some of the issues I am grappling with as I wind down my practice, which will take at least a year from now.   And maybe that is a 12th item - if you are going to retire early, start planning more than a year in advance, to make sure it is really possible.

The bad news is, I realized in budgeting that we were spending more and more each year, and we need to cut back (more about that my next posting).    The good news is, when retired, you have more time to more accurately track your spending and thus keep to a budget.

So, once again, it feels like we are starting over, re-learning a lot of stuff we learned the hard way back in 2011 or so - how to cut back on spending, budget ourselves, and save money.   With the prospect of no further income coming in, this time it is a pretty serious business.   It seems that in retirement you still have to worry about - or at least be cognizant of - money.