Requiem for a Good Doctor 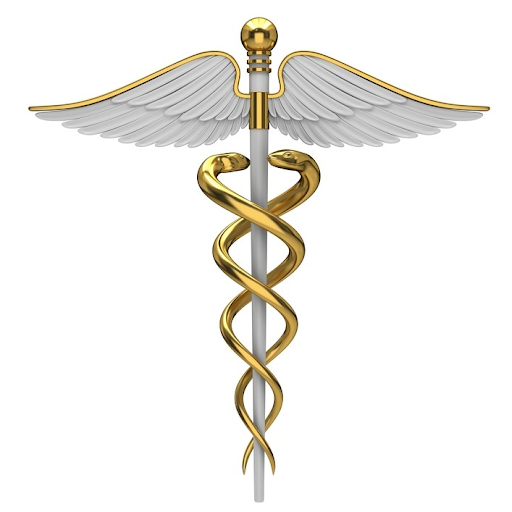 It is hard to find a good doctor.  When you find one, hang on to them!


My doctor died yesterday of a sudden, undiagnosed condition.  Yes, death happens, even to doctors.   Things like brain embolisms, strokes, and congenative heart defects can escape the diagnosis of even the most talented of doctors.   Mark's Mother was a nurse, and yet she died at age 54 of a sudden heart attack, which is a tough thing for a 14-year-old to have to watch.

Dr. Doreen Kinney was one of the best doctors I had the privilege of being treated by.   She was incredibly smart and was able to diagnose patients almost the moment you walked into the examination room.    She never promoted expensive "brand name" medicines or expensive procedures, when less expensive alternatives were available and more effective.  She was sweet, she was decent, she cared about her patients, and she gave effective treatment.  No higher praise for a doctor can be had.

I will miss hearing her say, "I'm gonna listen at your heart now".

Sadly, finding a good doctor these days is hard to do.   Politicians like to blather on about "bad doctors" and there are really very few "bad" doctors out there, in terms of people who have no idea what they are doing or mis-diagnosing patients.   Rather, there are a lot of doctors out there who are in the practice to make a lot of money as their primary goal.   And those sort of doctors are not "bad" but they should be avoided.

I mentioned before the dentist I visited who suggested $10,000 worth of oral surgery including having my jaw broken and reset, as well as whitening treatments.   When I expressed that I thought that was a lot of money, she said that insurance would cover it.   When I explained that (like most people) I had no dental insurance, she said, "Oh, well, then you really don't need those procedures, anyway."   The need for treatment, in her office, was based on the availability of insurance money to pay.   I changed dentists.

Similarly, there are doctors who prescribe brand-name prescription medicines because the pharmaceutical rep told them that if they write so many 'scripts, they will get a free vacation business trip to a seminar in the Cayman Islands.   So they write the prescriptions, whether you need the medication or not, and you don't get well, but they (and the pharmaceutical companies) make a lot of money.

Worse yet are the doctors who write prescriptions for opioids at the drop of a hat.  Mark went to a back specialist for back pain and the first thing the doctor asked was whether he wanted oxycontin.   We later found out he advertised on a billboard as "Dr. Painfree" or some such nonsense, and his waiting room was full of very young, healthy-looking people who apparently were all in chronic pain.

Similarly, we have an explosion of "sports injury specialists" in our area, because you know, all the folks round these parts are so athletic.   I am being sarcastic, of course.  The most exercise people here get is walking to the all-you-can-eat buffet.

Still other doctors - like my former dentist - like to suggest unnecessary procedures, particularly if insurance will pay.  One reason health insurance is so expensive (and the same reason college is so expensive) is that the government or insurance companies or "someone else" is paying the bill, so there is no incentive to think carefully about costs or the necessity of treatment.   Once you are on medicare, it is amazing how many medical procedures you suddenly need.

(We also had a good Doctor in New York who was a vegan, if you can believe that.   He had a sign in his waiting room telling the pharmaceutical reps not to leave their pens and "gimmies" laying around as he felt it was a conflict of interest to even accept a notepad with the name of some drug on it.   An acquaintance of ours who was a pharmaceutical rep (who was also a drug addict - an occupational hazard when you drive around with a trunk-load of drug samples) said he was "no fun" as he didn't want to "play the game" the way it was supposed to be played.)

Dr. Kinney was a good old-fashioned General Practitioner who could diagnose the bulk of the woes that the body is prone to - and get it right the first time.   She followed the Hippocratic Oath, Primum non nocere which is a Latin phrase that means "first, do no harm."   She was one of a vanishing breed of Doctors.

And it sounds selfish, but not only do I miss her and feel bad for her friends, family and staff, but I worry how I will ever be able to find a replacement for her.  Because let's face it, the new breed of doctors out there today are something entirely different.   Since we have regulated the profession and made it as unattractive as possible, a doctor today has to play games to make ends meet and pay off their student loans.    While it is easy to blame the doctors for the current state of Medicine, we have created a system where young interns are graduating with mounds of debt and promises of riches.   So it is no surprise when they tend to seek them out.

So with the death of Dr. Kinney, we are seeing the death of an era of medical practice.   The old days when a GP could set up shop, heal people, and make a good living and drive a new Buick every few years, are gone at last.