They Will Not Go Quietly.... 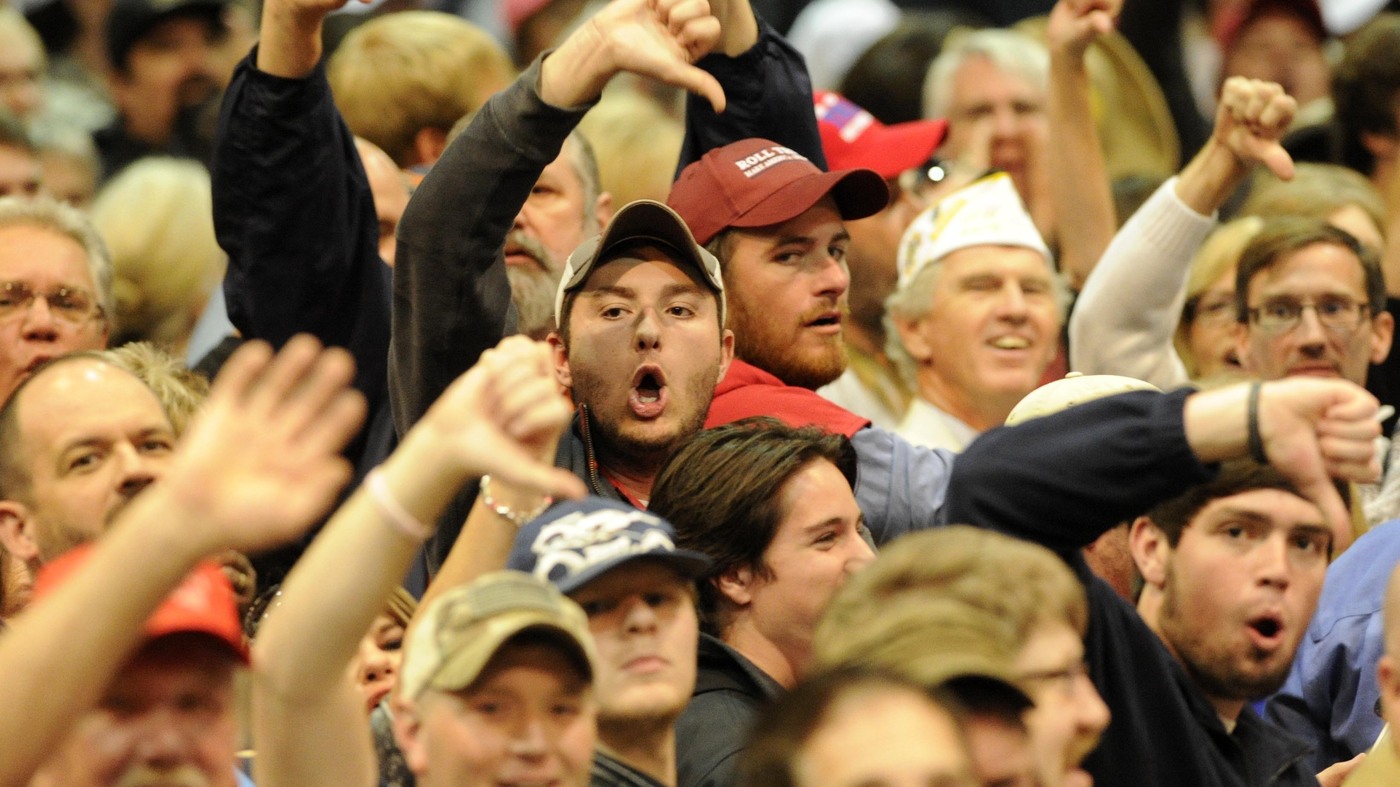 Why are angry white males supporting Trump and Sanders?   Because they feel threatened by minorities and women.


There is an interesting thing going on in this country for the last few years.   After electing a black President (well, half-black anyway) one would think that racism would start to decrease over time.   But instead, it seems that racism is more virulent and outspoken then ever before.

And it is, although the people making these loud comments are a tiny minority.  A tiny, obnoxious minority, given the megaphone of the Internet to shout with.

And in smearing President Obama, they have used every racial stereotype out there, and also made up the most ludicrous and disgusting stories imaginable.     They portray the President as little more than an animal.

But what is up with Hillary?   Hillary Clinton is poised to be the first woman to lead the free world, and that is scaring the shit out of a lot of people.  The most lewd and obnoxious things are being said about her, along with outright lies and made-up stories.   Something visceral is at work here.

Trump supporters, coming from the more conservative side of the aisle, are expected to support the idea of women in more "traditional" roles, as many on the far-right still harbor notions of women as baby-makers.   While we may find such thinking antiquated, it is what we tend to expect from that portion of the political spectrum.

But on the Left?   You expect Democrats to be progressive and welcoming women and minorities.   Yet these two demographics - which make up a huge part of the Democratic voting base - are largely absent at Bernie rallies.   If you took away the signs and slogans, a Bernie Rally and a Trump Rally look an awful lot alike - white, male, and largely middle-class.

(In a way, it is like the Aryan Nations rallies and the "bear weekend" at the gay campground - both have hoards of pasty-white overweight men running around with their shirts off, when they should be on).

But it is more than demographics.   A lot of these Bernie supporters are quite misogynistic as well.  After the Nevada convention, Bernie supporters started calling and texting the head of the Democratic Party in Nevada, calling her a 'bitch' and making death threats, because two whole delegates were allegedly "stolen" from Bernie (and as we know, that is enough for him to win the nomination!).

(Meanwhile, after Hillary wins Nebraska, but the delegates are pledged to Bernie, not one Hillary supporter cries "foul" - who is the class act, here?).

So what is going on here?  It is an example of the old guard having to step down and let new people into the process.   And this holds true even if the "old guard" is an old white guy from Vermont with a sense of entitlement.  Misogyny is not just a game conservatives play, but liberals can get in on it too - scoring twice as many points for the hypocrisy factor.

Sadly, this is not going to get better.   The Bernie camp is promising to "burn down the convention" by attacking Hillary as much as possible, no matter how much that helps Donald Trump.   Bernie doesn't have to worry about "party unity" as he isn't a member of the party, but instead took a free ride in the Presidential Primaries after running as a Socialist for so many years.

It is very sad.  By any normal measure, Bernie Sanders is not qualified to be President (nor is Donald Trump).   A man who has existed outside of either political party, who is heavily in debt and living paycheck-to-paychek with no savings whatsoever while making a six-figure salary for over a decade, believes himself to be Presidential timber.    And this woman is standing in his way!

This woman who spent years helping her husband develop his own political career before becoming a Senator in her own right, serving as Secretary of State and working with the Democratic Party and not against it is viewed as some sort of wicked person because, well, Democrats, including the voters, like her more than him.

The real fear is that he will do something stupid like run as an independent or something.   History has shown that independents tend to be spoilers - allowing only the person with the political views most opposite of their own to be elected.

Perhaps this is just political silly season.   The latest word from the Bernie camp is that he is staying in the race to get "concessions" from the Democratic leadership to "reform" the primary process.   The problem with this theory - as with all Bernie's pipe dreams - is that it is totally unrealistic.

First of all, Bernie isn't losing because "the fix is in" or "election fraud" or the "process is flawed" but because more people are voting for Hillary.   Sure, Bernie fills huge rallies.   20-somethings like to go to stadium concerts.   A big rally with lots of pot smoking is fun.   People in their 40's no longer like to go to such things.   Hillary doesn't have huge rallies.  She has voters.

Well, no, in their crazy world, the superdelegates ("who haven't voted yet") should be harassed and intimidated into voting for Bernie, even though he isn't winning the popular vote.   It is a heads-I-win, tails-you-lose argument.

But the big thing is this:  The Democratic National Committee doesn't control primaries.   Individual States do, and most of these States have no interest in changing their primary or caucus functions.   I have written about open primaries before - it is a good idea.  Sadly, the only State to change its primaries lately went from open to closed.

So the latest "big lie" that Bernie is spouting (after free college and whatnot) is that he is staying in the race to reform the system, when he knows full well the Democratic Party has no control over the primary system whatsoever - particularly in States dominated by GOP legislatures.  So why is he staying in?

The primary system illustrates that States elect Presidents, not people, and this has been the case since the founding of our republic.   Oh, sure, you can pine for direct election.  It ain't happening.   Too many States come out ahead with the electoral college that the end result is that nothing is likely to change anytime soon.

Rather than pine for your "perfect" candidate who has no chance of being elected (and every chance, if running as a third party of getting Donald Trump elected), figure out which candidate best represents your views.

Sadly, so many of these young people today are so addled by smoking pot they fail to realize that a Democrat in the White House is the only thing keeping their legal marijuana legal.   All it takes is a phone call from the President, and the DEA starts shutting down marijuana dispensaries - which are still illegal under Federal Law.

You hear these kids say, "Well, it doesn't matter.  If we can't have Bernie, we might as well have Trump!" - as if far right and far left are the same thing (well, they are, if you go far enough).

But Donald Trump is endorsed by the NRA.   What do you think will happen to instant background checks if he is elected President?

What will happen to abortion rights if he appoints the next Supreme Court Justice?

What will happen to our new consumer protection agency?

People are not thinking this through, clearly.   And sadly, it seems that a big part of the problem is that the woman running for President reminds them too much of their Mom.
Newer Post Older Post Home