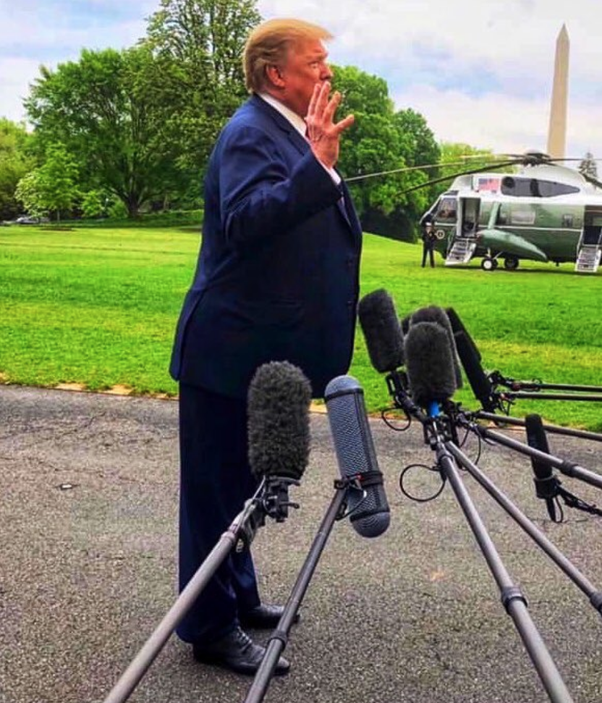 The pattern is all there, and it explains a lot.
There's a cantilever that would make Frank Lloyd Wright proud!


Before Mark's stepmother died, she could be hell-on-wheels. Well, let me correct that.  In the few years before she died, she was a sweet old lady, if not quite a bit overweight and diabetic. The difference between the "before" Shelia and the "after" Shelia was when they adjusted her medications and put her on dialysis. As it turned out, she was not in good health, and that in turn affected her mental state and thus her behavior - which was highly erratic for a while.

I mention blood sugar here a lot, because your mental state is often determined by how hydrated you are, when you last ate, what you ate (and regularly eat) and how healthy you are, overall.    Several times a day - even if you are a healthy person - your blood sugar will rise and fall.  And when it falls, you can become cranky and irritable, and oddly enough, sometimes more pliable.

Salesmen know this, which is why they often keep people at a car dealer for four, five, six hours or more.   Once they have you "invested" in the process, you won't leave, thinking you can salvage a good deal from a bad one.   Once you've spent an hour waiting for the "closing guy" - who is laughing it up in his office with the salesman - you'll wait another hour and go through "whatever it takes" to get the deal done and drive home.   By the way, what they are laughing about in that back office is you.

If your blood sugar goes low enough, you'll "lose it" and start screaming at them. They expect this and don't mind. You'll immediately become embarrassed by your outburst, and then be twice as malleable as a result.   But it is a fine line for the salesman to walk.  If they leave you unfed long enough, you may just go ballistic and walk out.  A good salesman, while toying with you this way, might offer to take you to a fast-food outlet while "the boys in the back room prepare the paperwork."

Anyway, getting back to my late Mother-in-Law, she was the one behind the infamous Stone Crab Incident, which, in retrospect was a result not only of passive-aggression, but her fluctuating blood sugar.   By the time we got back "late" with the stone crabs, she hadn't eaten since breakfast, and her blood sugar was at an all-time low and, of course, bad things happened.

Then she had her meds adjusted and those sort of incidents stopped occurring. Funny how that works.  We like to think we are in charge of our own destiny, but we are just a bag of chemicals and electrical impulses.  We like to think we can control our gambling habits, but in reality, it is just a chemical in our brain that causes us to take risks - a chemical that has been accidentally identified.   I wonder if the put it in the food in Las Vegas?

And I wonder what chemicals - or lack thereof - are going through our President's brain?  He is hardly the acme of good health. He is clearly overweight, something he not-so-cleverly disguises with loose clothing and his famous long overcoats.  He famously wolfs down large quantities of fast-food, including sugary soft-drinks.  He is a poster child for type-II diabetes.  And we see a lot of folks who act and look just like him, in rural America.  Many end up losing limbs, which is sad.

It is interesting, though, that a lot of these severely overweight people seem to be very conservative and also intolerant.  Not that there is a direct causal connection, but I think this low-blood-sugar thing (as well as radically fluctuating blood sugar) tends to make one tired and cranky and less likely to put up with anyone's bullshit.

The other day, the President made a surprise visit to the Bethesda Naval Hospital (I sold my car to some patients there once - I wonder if it is still in the parking lot?).  It is not unusual for someone in his age group (which I am quickly approaching) to have the occasional health crises or health scare.  I wonder if he is having his meds adjusted or what?  Mild heart attack?   It was something, for sure, not an "early check-up" as he claims.

Anyway, type-II diabetes would explain a lot of his behavior - the paranoia, the late-night Twitter rampages, the outright lying (for example, about the hospital visit) and delusional thinking (conspiracy theories, for example).  It might even explain his odd skin color.  Is it the tanning bed, or just jaundice?

We like to think we all have this inner moral compass, and that bad people do bad things because they are bad - or that good people do good things because they are good.  But taking aside, for the moment, that one man's bad is another man's good (and vice-versa), I think a lot of a person's actions can be explained, at one time or another, by their blood chemistry.   Anyone is capable of doing bad things, if their chemistry is altered enough - and the actions of drug addicts illustrates this every day.

We like to think we are civilized, but the veneer of civilization is very thin.   You can live for just a few minutes without oxygen, a few days without water, perhaps a few weeks without food.   But if one is starved for any of these essentials, it is quite interesting how quickly they revert to a feral state.   People will do whatever they have to do, in order to survive, and often do very odious things.

I think the same effect is in play here.  Trump's blood sugar goes low and he gulps down a soda pop to compensate - further fueling the type-II diabetes nightmare.  One minute he is angry and light-headed, and the next he is euphoric and everything is "perfect" - a weird adjective he likes to attach to things that one normally doesn't attach it to, such as phone calls.

It is just a theory of mine.   What is clear to me, though, is that he is not a very healthy person, and it is entirely possible he may not outlive his term in office, given his age, weight, physical condition, lack of exercise, and behavior.

UPDATE:  It also is possible that Trump is having a reaction to decongestants.   When I moved to Washington, DC, I developed severe allergies.  The place is hot, humid, and full of pollen, like much of the South.  I started taking these little red decongestant pills and noticed they made me kind of edgy.  Turns out the same ingredient in decongestants is in speed, which is why, when you buy cold medicine, you have to show ID - meth heads boil it down for the speed factor.

I have a theory that pollen explains why our government is so dysfunctional.  Everyone is wired on cold pills most of the time!