Hysteresis and the Fed 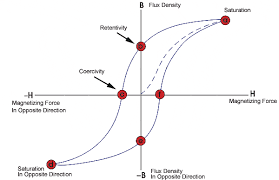 The Fed controls interest rates and often is too late when making corrections, or over-corrects.

The stock market is off lately, after being on a tear for so long.   The Fed is making noise about raising interest rates, which sort of will put a damper on the party for the banks, as well as the housing industry, which is on a tear due to ultra-low mortgage rates.

Inflation is always an issue.  You want some inflation, a predictable amount, but not so much that it ruins an economy by devaluing the currency to the point where it is worthless, particularly if you are trading with other countries that use other currencies.

The problem with this theory of interest rates and inflation, is that it has been proven wrong and doesn't always apply.  In the distant past, it seemed to work pretty well, as a "cruise control" for the economy.  You set the interest rates and adjusted them to speed up or slow down the economy to maintain a steady speed.  But then the Arab oil embargo and OPEC happened, and suddenly, these ideas had no merit.

Simply stated, we realized that our economy was dependent entirely on energy (which most modern, or indeed, even ancient economies are) and over the years, "energy" came to mean oil.  We had relied on coal-fired trains and powerplants and even coil gas to light lamps in our cities.   Of course, back then, many cities were black with dust from coal fires - so much so that animals even adapted to this change.

The switch from coal to oil was inevitable, however.  Not only was oil cleaner, it didn't need armies of  firemen to shovel coal into furnaces.   You just pumped it in.  Re-fueling a coal-fired ocean liner or freighter could take days and was a horrifically messy business - and one reason, some say, ocean liners were painted black back then - to hide the messy stains that resulted.   But of course, cars needed oil to run - you can't run a car on coal, although I am sure Trump, had he been re-elected, would have fueled (sorry, pun!) research in to a coal-fired car - he's just a steampunk kind of guy.

So overnight, the cost of energy nearly doubled, and shortages ensued.   As the cost of energy was part of the cost of everything, prices for everything soared.  As one of my professors at GMI put it, to make a glass of milk, you would need to use a half-a-glass of oil, to make the fertilizers to grow the feed, to run the milking machines and lights and fans in the barns, the refrigeration to keep the milk fresh, the fuel for trucks to ship it to stores and so on and so forth.  I suspect he was not far off the mark.

Compounding this problem was that many people had "cost of living adjustments" in their wage contracts (or went on strike to get such raises) and many pensions and Social Security had such adjustments as well.   So the cost of goods goes up, the workers go on strike for more money, which in turn causes the cost of goods to go up.  It is a feedback loop, and like your drunken cousin taking the mike at your Sister's wedding, the resulting squeal is deafening.

So, the government raises interest rates - that will dampen inflation!  The idea being that people will stop borrowing money and less will be in circulation.  Hence, the theory goes, money will be worth more - it will be more dear - and people will spend less.  Retailers will have to lower prices and inflation will abate.  That's the theory, anyway.

But since the cost of energy was out of our control - and a big component of most products - manufacturers and retailers couldn't cut costs much, particularly when the employees were demanding higher wages to pay for higher-priced products.  And that is why, when you look back to the late 1970's, you see such high prices for products and such low content.

We've been watching old episodes of The Price is Right which for some reason is on YouTube.   It is interesting to see the price of a refrigerator was close to $900 back in the late 1970's - what we paid for our refrigerator back in 2008!   If you factor in inflation, that would mean that refrigerator, in the late 1970's, would cost $2500 or more today.  Pretty scary numbers!

But that was the way things were, back then, in the Good Old Days - we learned to live with less and products were pretty stripped, in terms of options and accessories.  Yes, things like air conditioning, power windows, power seats, power door locks and whatnot were available, but no one actually ordered them.  You went to your local car dealer and most of the cars on the lot had power steering and power brakes.  Who could afford more than that?   We have no idea how lucky we are today - but I digress.

Raising interest rates, of course, raised the cost of borrowing.  People didn't stop borrowing money just because interest rates went up.  If you wanted to buy a house, you had to get a mortgage.  Housing prices were fairly stagnant, but still they weren't free.   So your monthly house payment went up, and again, you demand more money from your employer to pay for it all.   Maybe housing prices didn't skyrocket during that era, but the monthly cost of owning a home, did.

Well, they started lowering interest rates.  Clearly, the old mechanism wasn't working.  Raising rates didn't dampen the inflation, as inflation wasn't due to low interest rates, but due to high energy costs.  Over time, things got better as rates dropped.  And as rates dropped, people refinanced their 12% mortgages and had more money to spend and the economy took off.   Of course, this also meant that housing prices took off, too, as the monthly payment at 6% would buy a helluva lot more house.  So we had the housing bubble of 1989.  But again, I digress.

The situation we are in now is different.  Shortages of materials, often driven by shortages of labor, driven by free money handed out, is causing prices to rise.  When you have 100 F150's parked at your dealership (which was not atypical a year or so ago) you offered discounts and bargains.  When you have six (which is typical today) you sell for above manufacturer's suggested retail price.

Inflation is driven by other factors as well.  When you "print money" - that is to say, increase the money supply by borrowing - you devalue the currency.  This is what is happening in Venezuela and other third-world countries. El Presidente decides to "solve" his economic problems and pay off foreign debts by printing more money.  It never works.  The foreign debts are denoted in dollars, not Bolivars, and as a result, you are just swimming in place, when you devalue your own currency.

We've done the same thing here, borrowing huge amounts of money during the Bush years to fund his little wars, and then borrowing more during the Obama years (but not as much as he wanted to) to try to get the economy moving.  Trump took office and promised to cut back on spending and pay off the national debt (!!) and of course, wallowed in the swamp like the rest of them, borrowing even more money than Obama did in his eight years, and that's before the pandemic started.   Biden looks to want to borrow even more and more giveaway programs are suggested.

People have all this "free money" and they spend it.  Since it is unearned income, they don't spend it very carefully - and stop looking at prices.  Not only that, since all their neighbors are spending that same stimulus money, demand for products increases, which of course, increases prices - it is Ying and Yang.

The problem is, of course, that the Fed is always just a little too late when it comes to stepping on the brakes, and when they do, often they jam them on.  Rather than a nice steady cruise control, they drive like some of the old people here on the island, alternately pumping the gas and brake pedals, as if they were pedals on a bicycle.  You hear them all the time, going down the road, their engines racing, Voom! Voom! and sometimes even the brake lights pulsing like a disco.

It is not just extended unemployment which is to blame - although that is a big part of it, and some on the Left are arguing that enhanced unemployment benefits should be extended another year.  It is insanity, when there are "help wanted!" signs all over the place.   But years ago, I predicted a labor shortage could occur - because of demographics.  There are a lot of retired people today and the next generations are smaller than the retired generation.   Throw in the restrictive immigration policies of the Trump era, and we have a perfect storm.

Funny thing, though, I was driving through rural Georgia and saw an old school bus, painted green, with the sign, "Gomez Harvesting Services" on the side.  I talked to a local, and apparently, to get around ICE raids and fines for hiring undocumented workers, the farmers set up a local green-card recipient in business, where he hires undocumented aliens and then leases them out to harvest crops and do other farm labor.  The farmers are hiring a contractor and not hiring illegal immigrants and thus can feign ignorance when the immigration authorities show up.   And since the aliens aren't living on the farm, well, they are a little harder to find.  Sounds like an opportunity for those aliens to be exploited, though.

Yes, the Fed should raise rates.  They should have done this a year ago or more.  The stupidly low rates we had for so many years (near zero or zero) were just ridiculous.  Some countries even went to negative rates, if you can believe that.  It is not a sustainable model.   The Fed perhaps isn't like the old drivers pumping the pedals, but more like a drunk driver, weaving from one side of the road to the other, waiting until one tire is in the ditch before making a correction.

Or maybe, like the video above, like an imbalanced trailer, without enough weight on the tongue, swinging wildly from one extreme to another, with each input from the driver only making things worse.

I was in a situation like that once with our first trailer - had it up on one wheel.  All you can do is hold the steering wheel tight, apply the trailer brakes, and let up on the gas gently.  Sudden movements and attempts to counteract the sway only make things worse.   I was lucky that the sway dampened down  and we didn't roll over.

I hope our economy is as lucky!