The Rise and Fall of David Sedaris 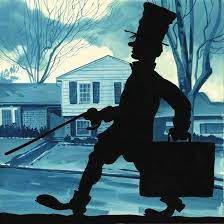 Writing withering stories about your family is fun - I do it all the time.  But there has to be something else going on as well.

A lot of people are having second thoughts about David Sedaris, the humorist writer. Some are appalled - shocked, in fact - that his stories in "The Santaland Diaries" which originally rocketed him to fame, were, in fact, embellished if not made-up in whole, in parts.  Shocking, I know - that funny stories might not necessarily be true.  So we have to take his books off the shelf in the "Non-Fiction" section and move them over to Fiction.  The tragedy!

Myself, my disillusionment with Sedaris started early, and maybe family dynamics are in play here.  Sedaris is the eldest son in the family and as such, seems to feel he is in charge of his family, particularly after his parents and youngest sister died.  I have an older brother who plays this game - somehow thinking that since Dad died, he is "in charge" of "the family" (which comprises three people at this point) and needs to organize things and tell us all what to do as well as sit in judgement of us all, as some sort of ersatz parent.

I started to sense something was "off" about Sedaris when I read Squirrel seeks Chipmunk, which was a bizarre collection of animal stories.  They were, of course, allegories about his own life and lives of others. One story was about a bear whose mother died.  She became obsessed about her mother dying and made herself out to be a helpless victim of this circumstance to the point where she ended up being victimized and abused by other people. I couldn't help but wonder if this was about his youngest sister Tiffany, who apparently had substance abuse and mental health issues.

I recalled an earlier homily he wrote in one of his other essay collections.  He goes to visit his sister and she is remodeling the kitchen - hardly a good time for a visit.  She has removed all the vinyl floor tiles, leaving the sticky tar behind.  The whole point of the essay, it seems, was to mock her for this, remarking about how her bare feet were black from the floor adhesive.  And it may have been that essay (among others) that got his family to say "Hey, lay off on the family stories, already!" - because they were pretty tired of being mocked by their friends, I guess.

His sister ended up killing herself, which is pretty tragic.  But Sedaris used it as fodder for a New Yorker column.   In that story, he gets a few last digs against his youngest sister (things that her friends say have no foundation in truth).  Well, he did get one thing right - in her will she did stipulate that no family members attend her funeral or wake.  Hard stuff, that, and it tells you volumes more than a whimsical Sedaris story ever could.

The story goes on to Sedaris finally buying the beach cottage that his parents wanted to buy years before, and now that he is head of the family, all the family members will gather 'round at his beach cottage every year for a wholesome family reunion.

With him in charge, of course.

And maybe that's the part that sticks in my craw.  As the youngest in the family, I was always judged and mocked by my elders.  No matter what I did in life, it somehow didn't count, because I was just little Bobby - a stupid doo-doo head.  My eldest brother who spent more than a decade living in an unheated barn on a commune in Vermont, finally decided to go back to school so he could get a real job.  My parents implored him to go to law school. "Hey, over here!  Already in law school!" I said.  "Yea, yea, yea," they replied.  I didn't count.  I was becoming a Patent Attorney, and to my Mother particularly, that was like going to trade school.

I don't wish my bother ill.  In fact, I am glad his PhD in puppetry worked out as well as it did - he found the one job in the United States (other than teaching) that required such a credential.  Good for him. But his pretentiousness is grating.  He loves to write long-winded articles about Kurt Weill and use words like "didactic."   Oh, and he insists on calling himself "Doctor" - ugh!  He could mend a sick puppet, I guess.

And like I said, sadly, he wants to "take over" since Dad died and arrange family get-togethers.  Sorry, not interested.  What I find fascinating is how he wants to paper-over the family dynamic with happy-face wall-paper, particularly where our parents are concerned.   Maybe he was living in that unheated barn when the worst of things occurred - the madness, the alcoholism, the suicide attempts - which I was left alone with, in the house, at age 13, to deal with.  Dad never spent his college fund on a mistress to leave him to work his way through 14 years of night school.

No, I am not bitter, just illustrating we had different "family" experiences.  And I came away stronger for them - unlike poor Tiffany.  But I recall even back then, when I attended Adult Children of Alcoholics meetings, trying to figure things out, my brother even mocked that.

So yea, fuck him and his family get-togethers.  Fuck David Sedaris, too - and not in the good way.

I guess the point is, family isn't everything, particularly when your family is messed-up.  Trying to manufacture an idyllic life is sort of pointless.  Toward the end of his life, my Dad would say stupid things like, "Remember the good times!" which was Tony Soprano's tag line as well.   And I guess he resorted to this thinking as he was the instigator of so many bad times for all of us.  Sometimes just getting away from a toxic "family" and doing your own thing is the best thing for your own mental health.

But poor Tiffany - Sedaris mocked her on a national stage.  Bullied her into suicide, it would seem.  She had no way to get away from it all.  No way out.  Well, one way, I guess.  And even then, Sedaris had the last laugh at her expense.

Sadly, on the Internet and in "real life" I hear people say stupid things like "Well, you'll always have family!" and "Family is everything!"  And they say these things to people without knowing the backstory of their lives - encouraging people to go back to the well of abuse, again and again.  "You'll always have family!  You should call your Dad!"  Suppose he sexually molested you as a young girl?  That is one reason I loathe to give advice - no one call tell you their life story in a sentence or two, and you need all that background to give advice, if you are to give advice at all.

It's OK to grow up and go out on your own and live your own life and do your own thing.  It's OK, too, if you have a close healthy relationship with your family, if that is possible.  It isn't OK to whine about how your Mother is controlling your life, when you are 40 years old and live three States away.  Grow the fuck up and grow a pair.

And no, it's not OK to castigate those who walk away from toxic relationships, either.