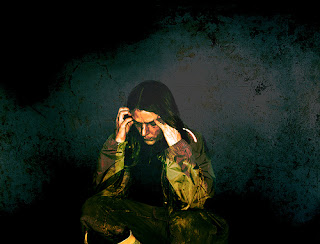 Everything is not as bad as it seems.


Awfulizing is a popular sport in America these days.   What is it?  It is the irrational practice of thinking that everything is going to hell-in-a-handbasket, even when it is not.   Even when it clearly is not.

Why do people awfulize?   There are numerous reasons.

Panic Disorder is one of them.   People prone to panic attacks are always thinking things are going to go horribly wrong, somehow.   And it seems that panic disorders are on the rise in America.  That's one reason, but it is a medical one, and perhaps not the main reason this is occurring.

Being a Sad Sack is another one.   People like to gripe and complain, at work, or over cocktails.   When you visit with a lot of people, their number one topic of conversation is often how bad the government is (Federal, State, Local) or how bad some person (who is not present) is.   Few people like to talk about happy things, and in fact, if you do, you will be viewed as "weird".

But I think that Baiting is probably the number one cause of awfulizing.   There are people out there - individuals and organizations, who want to bring you down - to get you depressed and to get you to thinking that everything is crappy and horrific.   They can be friends, family, employers, news organizations, retailers, merchants, politicians, and of course, governments.

Why would someone do this?   Well, it turns out, you can make a lot of money and accumulate power, if you can mentally control other people.    It sounds pretty simple on the face of it, but most of us fail to realize that we can be so easily manipulated and controlled by others - sometimes unintentionally.

I told the story of an associate at a firm I worked at.   I was a rising young star at the firm, a coveted EE who had a good way with clients, and was cranking out billable hours and doing quality work.   The problem was, there was an ME (less valued) associate who had seniority over me, and I was making him look bad.  Mechanical Engineers are not that useful in a Patent Practice, when the bulk of innovation (and expensive billable work!) is in the electrical or computer fields.

So this fellow went out to lunch with me.   It seemed that nearly every day, around noon, he would pop his head in my door and say, "wanna go to lunch?" and I would say, "sure."    And for the next hour or so, he would regale me with stories about the firm, the partners, and all sorts of "dirt" as to who was doing what misdeed.   He painted the place as awful and corrupt and evil.

And in short order, I was thinking the same things myself.  I had arrived there with a positive attitude and liking the work, and pretty soon, he had me dragged down to his level of misery.  Not to mention the lost productivity from these hour-and-a-half lunches!   Lunch is Evil, for the young salaryman.

So, I took the bait and left the firm.  It is hard to say whether that was a good move or a bad one.   The net result was, my friend eliminated a competitor, and the partners, worried about "losing another promising associate" made him "Junior Partner" in short order.    Despite all the negative things he said about the firm, and how much he claimed to hate working there, he signed up for Junior Partner without hesitation.  And the next time I saw him, he said what a wonderful place it was to work!

Funny how that works.

Did he do this intentionally?   Maybe.  It could have been very, very subconscious.  The human mind is an amazing thing, and we can delude ourselves into doing a lot of weird things, and then deny we ever did them.  If you asked him today, he likely would say he never did that - or never intended to.

Our corporate overlords like to see us awfulizing, as odd as it may seem.   If you are depressed all the time, you are less likely to cause trouble or break out on your own.   A downtrodden person is an exploitable person.   So getting people to awfulize is one way of keeping them in their cubicles.   Let them post their Dilbert cartoons - each one a symbol of their submission and servitude.

Marketers love you to awfulize.   They want you to be depressed.   They want you to think, "Heck, I'll never get ahead in life!  What's the point of saving for the future?  I might as well 'treat' myself with a new Camaro!"   Depressed people make excellent consumers.

And I have heard this refrain, from many folks, in person and online.   Saving is for chumps, they say.   You might as well live the good life and not worry about tomorrow.   Spend it all on bling and such, rather than invest.

It is a good plan - for the powers-that-be.   As I noted in the Chrome Shop posting, there are two kinds of truckers out there.   The few smart ones run a tight business, save their money, buy a second truck and hire a driver.   Before long they have five trucks, then ten, and then a trucking company.    Those are few and far between.

The majority spend their money putting chrome accessories and lights on their trucks, or buying Jet Skis or other consumer purchases - sacrificing the future for the here-and-now.

And of course, this is a social good to some extent, as not everyone can run their own company (nor should they).   There can only be one chief - the rest of us have to be Indians.

People don't want to think about their own malfeasance, though.  And this leads to more awfulizing.   The employee who squanders all his dough on eye candy and loan payments doesn't want to think that "but for" his financial weaknesses (and lack of financial skills, intelligence, and hard work), he too could be wealthy.  It is easier to say, "Well, that other guy got lucky by getting wealthy!   Damn 1%'ers!  Taking away all my money from me!"

And politicians of all stripes latch onto this kind of thinking.   The Democrats are demonizing the rich, today, and telling people how awful things are, what with "income disparity" and all.   The Republicans demonize the poor, claiming that 50 million people in America are "on welfare".

Both parties sell you the idea that "someone took all your money" and "but for" the actions of these evildoers, you would be a rich as Warren Buffet and live on Easy Street, USA.

It is, of course, a lie.   No one "took away" your money.   You spent it all.    Most middle-class people pay little if anything in income taxes.  The "Welfare Queens" aren't the reason you owe money to the finance company.   Nor are the Billionaires.   Well, maybe the Billionaires, as they own the finance company.   But no one put a gun to your head and said "sign these loan papers or else!"   You could have left your pen at home.

So what is the answer?  What is reality?

The reality is, things really aren't that awful.    People like to say they are, but they really aren't.   No one is starving in this county, except super-models.   The number one health problem for the poor in the USA is OBESITY.    Even the "poor" in America have a place to live, a refrigerator, a microwave, an air conditioner, and possibly a car.    Yes, we have a small percentage of homeless people (less than 1%) who are either drug addicts, mentally ill, or both.   Yes, we have nutty people who go around shooting their guns and killing people.

But the answer isn't to become a nutty person yourself - and that is the only place awfulizing takes you.

Being able to perceive reality as it really is is the ultimate key to succeeding in America, or indeed, anywhere.   Whether it is school, a job, or an investment, being able to cut through the fog of awfulizing and wishful thinking will make you successful, where others fail.

Awfulizers invest in gold - and ammunition.   Neither are sound investments nor smart moves.    Awfulizers choose to spend for today, and not save for tomorrow, as they want to drown their fears and anxieties in a sea of consumer goods (and cheap comfort food and bad television).

And that is, I guess the sad part about awfulizing.   If  you awfulize enough, things will turn out pretty awful for you.   It is a self-fulfilling prophesy!