The Lessons of Red Lobster 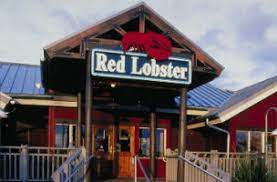 "Lobsters for Rednecks" is how some describe Red Lobster.   The chain struggled and was sold, while other, more upscale restaurants in the Darden family thrived.   What can we draw from this?


If you listen to Liberals or CNN or MSNBC (the same thing) you might come away with the idea that America is "suffering" badly and that people are "left behind" in this recovery from the recession.   You might get the idea that the very poor make up most of the population of the United States, and that we are just steps away from third world status.

Again, getting your normative cues from the media is problematic.   When your view of the world is distorted as that, you might make some bad economic choices.

The reality is the median income in the United States is about $51,000 per household.   Half make more than this, half make less.   But average household income is around $63,000, which means the median number is not being skewed by five multi-billionaires, while the rest of us scrape by on minimum wage.

In fact, at $51,000 a year, it is clear that most folks are doing pretty well and making more than $7.25 an hour - or even the $15 an hour they just voted themselves in Seattle (we'll see how that little experiment works out!).

America is a wealthy country, and yet people seem to forget this.   The largest market for Mercedes-Benz, BMWs, Lexus, Infiniti, and Acura is the United States of America.   The three Japanese "luxury" brands were created for our market.   Americans are fairly wealthy people and can afford (or think they can afford) expensive cars.   This was the mistake GM made, when they tried to compete on price and moved their products downmarket and de-contented them.   Even their most expensive vehicles (SUVs, Cadilliac) were hardly a match for the imported luxury cars.    You can buy a car at the BMW dealer that tops $100,000.   You can't even find a vehicle at that price at a GM dealer.

Americans want upscale, and most can afford it.   The explosion in gourmet stores, from Whole Foods, to Wegman's, to Balducci's, to Williams Sonoma, is testament to that.   People have money to spend, and traditional retailers are still cranking out cheap goods and wondering where all the business went.

A friend gave us a gift card to Longhorn Steakhouse, and it was valid at any Darden chain restaurant.   Hearing all the hubbub about Red Lobster, we thought we'd try it out before the local store (which shares a building with Olive Garden) closed.

We went, we sat down, we ordered a bottle of wine.   We waited 30 minutes.  Nothing happened.  We left.

Not only that, there were very few diners there.   Maybe 1/4 of the tables were in use, and this was during the dinner rush.   No wonder Darden sold off the chain.

So, what do to with this gift card?   We were in Jacksonville, and saw a "Seasons 52" near one of those "upscale malls" (you know, the kind that is all high-end clothing stores and investment firms).   We went in and there was an hour wait for a table.   Even the bar was packed and we waited 10 minutes just to sit at the bar.

The food was good, although I suspect there is a lot of the same "boil in a bag" going on.   Probably the same items as at Red Lobster, just served differently.   But I suspect Red Lobster never had organic Edamame with green tea salt as an appetizer.

The place was packed, the people well-dressed, and the cars out front were all fairly new and fairly expensive.   It was an interesting contrast.

Now, some might look at this and say, "You see, all the 1%'ers can still afford to go out to fancy places in their fancy cars, with their fancy clothes!   The poor people who eat at Red Lobster are staying home and eating dirt!"

But I don't think that is entirely the case.   There were very few 1%'ers at the Seasons 52.   Well, OK, there was one Indian eye doctor who owned his own clinic and had a Ford GT40 parked out front.   But the rest were mostly office workers driving SUVs and that sort of thing - what we used to call middle-class people.

Our middle-class hasn't disappeared, despite what CNN tries to tell you.  Drive through the affluent suburbs of any major city (even Detroit) and you will see the fancy houses go on for miles and miles and miles.  There are a lot of people out there who are fairly wealthy.

The Nooze Media concentrates on the unemployed, the very poor, the homeless, the laid-off, the destitute.  Why is this?  Because, as I have noted time and time again, bad news sells.  You can't sell newspapers, you can't sell click-bait, you can't sell eyeballs, by saying "Gee, these folks are doing OK, aren't they?"   Everyone likes to feel put-upon, and people who watch a lot of media (and who spend every last dollar they make) are depressed people.   Marketers love these sorts of folks, as they buy a lot of crap and are incredibly suggestible.

Today, the stock market is at an all-time high.  Unemployment is down to very reasonable levels (compared to the 10% back in 1980).   Inflation is low, interest rates are low.  Housing is back, new jobs are up, hiring is up, car sales are up.   We are no longer in recession, but in fact have been in an economic bull market for five years now.

You might never believe that, listening to the media.   But a quick walk around the parking lot at the restaurant tells another tale.

New owners have taken over Red Lobster.   How they plan on turning around the chain is anyone's guess.  But here's my suggestion:   Instead of "Lobster for Rednecks" maybe sell more upscale.   Even Rednecks have been exposed to more gourmet cuisine these days. Dumbing it down by offering "skillets" and crap like that, is not the answer.  In fact, people like it when the restaurant menu is a bit challenging.   After all, why get dressed up, go out to eat, pay a lot of money, just to eat some boil-in-a-bag that you can buy in the frozen food aisle at the supermarket for a whole lot less?  If you are going to go out to eat, you want something you can't get at home.

Want a good place to start?   Serve the lobster with real butter.   And cut back on boil-in-a-bag.
Newer Post Older Post Home