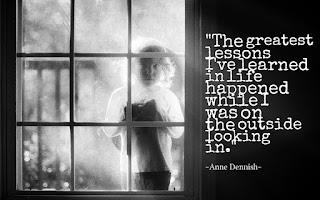 Living outside of a society can provide certain advantages


Many weak-thinking people like to use stereotypes or racial prejudices to justify (externalize) their own malfeasance.   "But for" those immigrants, Jews, or Blacks, they would be successful people in their own right.   They think that is obvious that those "other people" took things away from them.

And of course, this is not the case.  Stereotype or not, it is true that many immigrants do become wildly successful when they come to this country, often in a short period of time.  And yes, may Jews are successful doctors, lawyers, and bankers, but not because of nefarious schemes, but ironically in part, because of the very prejudices people have against them.

Simply stated, when you live outside of a culture, looking in, you have a huge hidden advantage over the natives in that culture.   You are immune from the poor normative cues that are bombarded at the native population.  And as an outsider, perhaps the instinct to succeed and be self-reliant is stronger.  And in addition to that, cultural binds can act as a backstop to your efforts.  Being an outsider is your greatest strength, not a weakness.

Let me explain what I mean.

A typical waspy middle-class American has it pretty easy in this country - and as a result, they don't try very hard to succeed in life.   My family, for example, was one generation or two removed from lower-middle-class to an actual poverty existence - on both sides of the family.  While the more recent generations had done well, the burning desire to succeed in life did not burn bright.   We were content to be part of the "mainstream" of America, and buy and consume as much as we did, saving little for tomorrow.   And although our family valued education pretty highly, I was told, as a child, that going to law school or medical school was "hard" and that I should just forget about that.   I learned later on, of course, that law school wasn't all that difficult.

And I look back in life and think about all my waspy friends from high school (and briefly, in prep school) and how their lives worked out.   Coming from money, few succeeded in life to make more money - most made less than their parents, others simply lived off their parents, for the rest of their lives.  Of course, they had bitching cars and toys and lots of wild parties.   They bought into the normative cues of our society, which tell us that real wealth is the wanton display of wealth and that accumulating wealth is less important than spending it.   So their outcomes were pretty predictable.

Now consider the immigrant.   They come to America, often with nothing, and not even speaking the language in many cases.   At first, these may seem as huge handicaps in starting out, but in fact, they are advantages.   Money is tight, so it is respected, and the motivation to create wealth and accumulate it are strong.  The idea that there will be another paycheck next week so they can make their jet-ski payments, is just alien to them.   You don't see a lot of immigrants driving monsters trucks or other money-wasting nonsense like that.

Not knowing the language or culture, they are immune to most of the poor normative cues that are hurled at most of the middle class.   So instead of spending $150 a month on cable television that is broadcasting in a foreign language, they plow their money into their business.   And often, they start a business, not out of choice, but necessity - as job openings may not be available to them.   And besides, in their home country, a "job" might be a foreign concept to them - you run a business, you farm, or you starve.

So they come here, they thrive, they succeed, and many become pretty rich, in a few short years.   At that point, yes, the normative cues do kick in.   And we've seen many a young Asian family buy a huge mini-mansion and his-and-hers Mercedes, just so they can take a picture to send to "the folks back home" to tell them, yes, the streets in America really are paved with gold.   It is the American dream - to create success from nothing, based on your own hard work and your merits.  Good for them!

Sadly, many "native born" Americans don't see it that way.   They spread malicious rumors on the internet  that immigrants are given special treatment - free clothes, cars, houses, and special "immigrant-only" stores where they can get free furniture.  They also believe that immigrants are given tax-free status or special tax holidays.   Of course, none of this is true, it is just sour grapes and externalizing.   The native born middle-class white folks in this country can't get their lazy fat ass off the sofa to fetch a beer, much less start their own business or company.   There has to be some sort of catch, right?   No, that is just weak thinking and externalizing.

The same is true for other minorities, including religious minorities.  Again, weak-thinking people would use antisemitism to explain why many Jews are successful in life (and that is a stereotype - there are a lot of poor Jews out there, too!).   But the reasons for such success are much the same as for immigrants.  Living in a minority culture that is isolated and separated from "mainstream" American culture means that they are less susceptible to the poor normative cues flung at the rest of our society.   Not going into credit card debt up to your eyeballs trying to have the "Perfect Christmas" is probably a big leg-up right there.  And I suspect there are few Jews driving monster trucks or owning jet skis.  But again also, I think being a religious minority (with a history of being persecuted) also means that self-reliance and value of success and education take a higher cultural priority.

And speaking of cultural priorities, in minority and immigrant communities, being on the outside often means having to band together to succeed.   Some immigrants to this country, not having enough to start a business, and not having a credit history to borrow money, will pool their money together with others, and choose of their number to start a business.  That person succeeds and pays back the others.  And success is that much more imperative, when not only your own dreams, as well as that of your family, but your friends and neighbors, are at stake.  Strong family and community ties can be an advantage.

For us wasps?   We drone on about how awful our families are ("dysfunctional" we say) and boot our kids out the door once they graduate from college.   Italian immigrants keep their sons at home until age 35.  It's not just culture or family or whatever - it's also about money.

We, on the other hand, don't work together as a family to succeed, but rather compete with one another - for parental affection, validation, or even parental wealth.   Our parents aren't proud of us, but run us down, instead.  No wasp Mom says, "My son!  The Doctor!" but instead would belittle even that choice of career.   When I went to Engineering school, my Mother ran it down as a "trade school."  That was the positive feedback I got, coming from a privilege background.   And maybe that is a luxury of being in the majority and in the mainstream of culture.  You are the culture, so you don't feel you have to work as hard.   Why not?  You're entitled to success.  And dirtying your hands with things just isn't in the cards.

And maybe, as many immigrants and minorities become more mainstream, they too, will fall victim to the same sins.    The more you try to "blend in" to society, the less successful you become.   One or two generations, and wealth dissipates, and the children of the wealthy feel less of the burning desire to succeed.

And of course, this sense of entitlement is one reason why many white folks are up in arms (often literally) about how our culture is changing.   I've heard some folks argue that white folks are already a minority in this country!  This is, of course, not true (and not even nearly true, we are at 63% or so, and even if "outnumbered" by other races in the next 20 years, we will still be the largest single ethnic group in America).  They are worried that their life on "easy street" is coming to an end, and that they will have to compete on their merits, like those immigrants and minorities.  The idea that a young waspy guy could go to liberal arts college and just get a job with a company and work his way up to VP, just ain't happening anymore.  Times they are a-changing.

That explains, perhaps, why guys like Sheldon Adelson, can go from first generation American, to one of the richest men in the world.  He's got the immigrant thing working for him, and the religious minority thing and cultural backstop working for him.   When he started off selling newspapers at age 12, I am sure his parents said "Great work, Sheldon!  You're such a go-getter!"   My parents, on the other hand, encouraged me to quit, as they thought their son doing such work was "beneath" their status level.  Funny how that works.

I'm not saying I'm a big fan of Mr. Adelson's politics, or casino gambling.  But one of his most profitable casinos is in Macau, where he fleeces Chinese gamblers for every red cent (no pun intended).   So maybe he's helping the balance of trade somewhat.

Now of course, my theory has some holes in it.   Not all immigrants are wildly successful.  Some do come here with money, of course.   And some minority groups, such as Blacks, are well over-represented below the poverty line.   Why isn't this "outside looking in" deal working for them?

Well, either my theory if full of holes, or the answer is this:  Blacks are not very culturally different than white folks.  No seriously.   If you think about it, white people and black people fall victim to the same poor normative cues and spend too much money and desire too much "bling" (hell, they invented the word) and other signs of status.   So rather than being immune to these poor normative cues they become hyper-sensitive to them.  The desire to show off apparent wealth and status in the Black community is probably two to three times as strong as the white community.   That is where you will find the rent-to-own bling rim store, the rent-to-own furniture store, and the buy-here-pay-here used car dealer - all offering immediate status symbols if you are willing to mortgage yourself for the rest of your life.   And perhaps Hispanics do fall victim to this mentality as well - but not as badly.

What got me thinking about this was the fact that what little success I have had in life was achieved by turning away from things like the television and societal cues.   I have always been a cultural outsider, never quite understanding why people obsessed about certain things, trends, fads, or fashions.   And while being "outside" the mainstream might make you unpopular with your peer group, it can be your greatest strength.   People will call you "odd" or "weird" or "different" - go ahead, let them.   But trying to "keep up" with a peer group is one sure way to spend yourself into the poorhouse.

NEVER look at being an outsider as a disadvantage in life.  It may be your greatest advantage.   The "popular" kids in high school and college never went anywhere later in life.   They spend their energies on superficial things (and of course, running the "unpopular" kids down, which is part of the gig - to keep you in line, so they can have their entitlements).   If you can ignore that, you can succeed wildly, simply because you can see things they can't and do things they won't.

It is your greatest strength!