Idle Hands are the Devil's Workshop 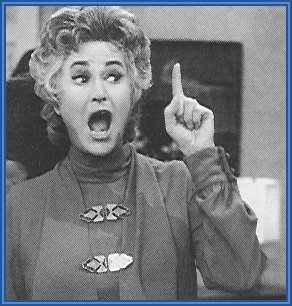 When people don't have enough to do in their lives, they go looking for trouble, and usually find it.

Most Americans are so busy working and trying to get by, that they don't have a lot of time for trends and causes.   We work all day long, come home beat, and just want to relax before doing it all over again the next day.

But we live in a wealthy society, and a lot of people have a lot of time on their hands.   And this usually means they end up causing trouble - lots of trouble - for others.

Take my friend Maude.   That is not her real name, and she is an amalgam of a number of people like her, that I know.  Maude is a well-educated, middle-to-late-middle-aged woman, who worked for a while, but was a "housewife" for much of her career.  Now comfortably retired, she has a lot of time on hands.

And so she spends her time jumping from one fad or cause to another, making everyone else's lives miserable.

She listens to NPR and reads the New Yorker, and of course, gets all her news from MSNBC.   She thinks Rachael Maddow is a genius.  She obsesses about politics and causes - convinced that there are "evil actors" in our society that must be stopped - and thanks to her, and people like her, who "protest", the world will be saved!

Problem is, much of what she is doing is just latching onto causes she knows little about - and often advance someone else's agenda.   But if you tell her that some "evil corporation" or "big government" or worst of all "Republicans" are behind some nefarious scheme, she will drop everything (including the protest sign she is holding for last week's cause) and jump on the new bandwagon.

Yes, the world can be saved, one forwarded e-mail at a time!

Saving the world, one forwarded e-mail at a time!

(Note, I am picking on Liberals here, but you know about the Conservative whack-jobs who do this as well - usually older men - who forward "Obama is a Kenyan!" e-mails to their grandchildren.   Politics is not the common denominator, too much free time is).

And then there are the hobbies.   She read an article about "urban chickens" and decided to raise a brood, that is, until they stopped laying egges, dug up her garden, and were eaten by hawks.   That lasted about a year.  Then her bio-diesel experiment, which blew up in the back yard.   Talk about hazmat cleanup!

Then she went on a "Eat Local" binge - remember that fad (lasted all of about six months).   "We're only going to buy local foods from now on!" she said, as it would "save the planet!"   But alas, her larder is still filled with prepared foods from supermarket, and the rotting kale from the "local" farmer's market went into the trash.

The Crop-share fad lasted a year or so....

Then there was jewelry making, pottery, tie-dye, gardening, volksmarching, camping - the list goes on and on.   Each hobby or fad lasts a few months, consumes a few thousand dollars, and then is quickly forgotten, as some new hobby, fad, or cause comes to the forefront.

There are Maudes everywhere you look, and when you live on retirement island, you see a lot of them.   Many retirees take up a hobby, and that is a good thing.   One neighbor does woodworking, and his house is full of beautiful hand-made furniture.   One popular sport, of course, is to obsess about your lawn - making it absolutely perfect, with no blade out of place.   These are, at least, innocuous hobbies that don't bother others.  And at least, they are hobbies that last more than a month or two.

But the Maudes of the world join the Parcheesi club and then decide to "close membership" and blackball people they don't like.   They cause trouble for other people, spread rumors, and generally are just annoying as shit.  Still others decide to take up their husband's health as a hobby, nagging him into an early grave.   Many like to immerse themselves in religion, going to bible study courses, or "studying for the final exam" as one friend of mine put it.

Living here on retirement island is an interesting experience - for someone still young and (nominally) working.   I get a lot of interesting life-lessons, watching my immediate elders.   Perhaps not the life-lessons they think they are teaching, but lessons nevertheless.

Most of us, when working, look forward to retirement as a time of relaxing leisure - sitting in a beach chair or hammock, reading the latest trashy novel and just enjoying doing nothing with our spare time.   Not having to worry, not having to obsess.

And maybe this is not possible.  Maybe the human brain requires this sort of activity in order to survive.   And that is why people take up hobbies, join clubs, get on committees, or become "causistas" of the Left or Right.

For people who have mindless jobs that don't require a lot of work, they have plenty of time to obsess about other things (as I do, with this blog).   Folks who have difficult jobs, which require a lot of concentration and worry, don't spend a lot of time taking up "causes" and annoying the snot out of everyone else.   And retirees, with a lot of free time on their hands, can cause all sorts of trouble, by taking up causes and just generally making everyone's life miserable (Hint to Grandpa:  No more forwarded e-mails!).

Why do people do this?   We like to keep busy, that is one part of it.   I think another part is the need for people do create noise in their lives, to drown out the deafening silence as I have written about before.

If you calm down and clear your mind of all this extraneous junk, you can focus on what is really happening in your life.   And what you end up realizing is a lot of scary shit:

1.  You are slowly running out the clock on your life

2.  You are going to die, in the not-too-distant-future, and it will be messy, uncomfortable, and painful.

3.  Your life really won't "mean" a heck of a lot, even if you are a Nobel Prize winner or President of the United States.

4.  Once your are dead and everyone who knows you is dead, it will be like you never existed at all.


Now, for some folks, this sounds depressing.   But it is reality and reality is value-neutral.  How you choose to perceive the "values" of reality is up to you.   And most people choose to ignore reality, and instead drown out the silence with endless activities, fads, hobbies, distractions, and causes.   So long as we are constantly tweeting and texting and e-mailing, we don't have to think about the "messy things" in our lives.

And I think that is sad, because the "keeping busy all the time" way of life is very superficial and shallow.  Having 500 Facebook friends is not nearly on the same level as having one lover.   And denying death and the finite nature of life acts as an obstacle to actually enjoying it.

And it is true.  Americans believe that "but for" some intervening cause, life would go on forever.  We are perpetually shocked and surprised that people actually die as if it were some aberration.   Even here on retirement island, where funerals are a weekly occurrence, people treat death as some unexpected and bizarre weather phenomenon.

I'll give you an example.   I got a weird phone call from my pot-smoking stinking hippie brother.  He left a voicemail message telling me he was driving in his GMC Yukon (surprise, surprise, the "save the world hippie" doesn't have a Prius, but I digress).   He was "concerned" that my 90-year-old Father, who has some sort of slow-growing blood cancer, decided to opt out of yet another round of chemotherapy.   He could not understand why Dad was doing this!

And the reason he was concerned, was not for Dad, but for himself.   You see, once Dad dies (and he will, he's 90 for chrissakes) my brother will be the oldest one left in the family.   Batter up!  You're next in line for your own personalized death.  And that scares the living crap out of him, if you'll pardon the pun and mangled metaphor.

So, when you hit 80 or 90, you should be expecting the party to be over, and rather shortly.   The odds of making it to 100 are slim, and the odds get really long after that.   Death should not be something you are surprised about - it is inevitable.

If you think about it that way, well, you realize that your life is finite and there is not a lot of time left to enjoy yourself.   Running around getting stressed out over bullshit, or signing up for other people's causes isn't going to do anything except create a buzzing in your brain that will allow you to not think about more important things in life.

I dunno.  I can sit on a chair at the beach and just stare at the ocean for hours.   I don't need to write a protest letter to the government saying the beach should be different, mostly because it doesn't have to be, and I doubt my letter will do anything anyway.