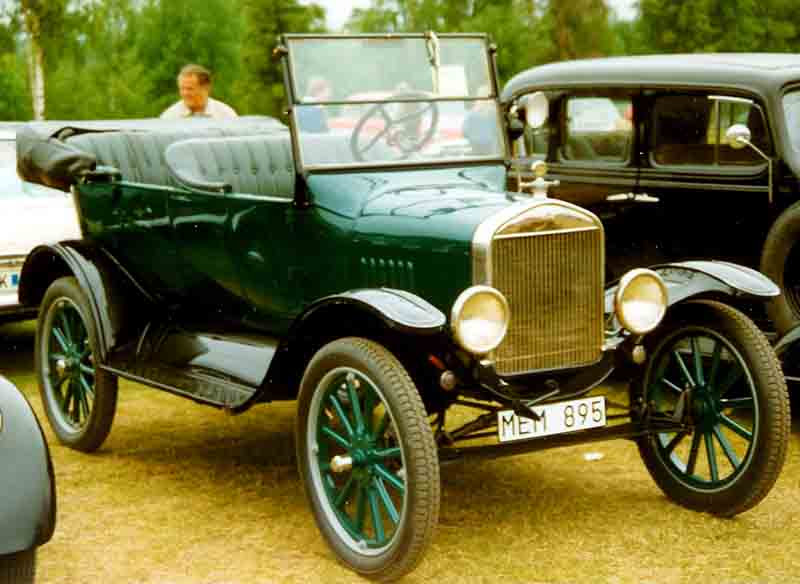 An interesting article from an old copy of "Model T Times" illustrates what I am talking about when it comes to "dreamers."


I was reading the May-June 1971 issue of Model-T Times that someone had given me, and I found an interesting article ("So You Want to Buy An Antique Car!" by T.R. Thomas) which has some sage advice about (a) buying hobby cars, (b) prices paid for such cars, (c) how basically, you will get 50% of what you invest in such a car, back, and (d) how "dreamers" ruin all the fun by wasting your time with clapped out junk that they think is priceless.

I have touched on all these issues before, but Mr. Thomas managed to nail them all in one article!

"Nearly all of us have heard stories about prices received for various makes and body types.  Some of the allegedly big prices paid for nondescript pieces in my opinion are "fish stories".  Naturally, every so often we hear of a fantastic price paid for a car that far exceeds the car's current value. Undoubtedly some of these stories are true, particularly in the classic car area, but many are exagger­ated. The purchaser may have sentimental memories of a particular car from his child­hood days and wants that car, price being no object. But these unusual transactions are rare."

"Prices of antique cars vary all over the landscape. I have found that the uninitiated generally have inflated ideas as to the value of the car they wish to sell after the death of "Uncle Charlie". I recently took a look at a '37 Buick that allegedly was in excellent condition and had 20,000 miles on the odometer. The car had not been on the road for approximately five years but had been run once a month until a year before I saw the car. The time I chose to examine the car coincided with the owner's death, leaving his son responsible for the car's disposal.

When I called the young man on the phone, I was the recipient of the ever popular "cat and mouse" routine.  By the end of the conversa­tion, I wasn't sure whether he had a car or a diamond mine for sale! I finally made an appointment.to inspect the car.  When I ar­rived, the son ushered me into a small frame garage at the rear of the house. In the dimly lit garage, I saw the "diamond mine"! True the odometer reflected 20,000 miles and the upholstery was new. The car being a 1937 Buick, four door sedan with side mounts, had not been washed in at least 10 years. The paint, a gunmetal gray, had years of dirt ac­cumulation on all horizontal surfaces. All the brightwork was severely pitted and rusted due to the cinder floor of the garage. Due to a dead battery, the car would not run and the tires were completely dry rotted. A hydraulic brake line had also rotted away, so that too, would need replacing before the car could be moved.

The price? This man refused to state it categorically, but said he had turned down $1,200! I assume he wanted approximately $2,000. A real buy ? Heck no!! I felt the car's fair value was around $750. As far as I know the son still has his "diamond mine" and will probably have it for some time if he sticks to his ridiculous price. This is unfortunately not an isolated case. I have found time after time that there are better buys from an enthusiast than from an individual who has no experience with antique or classic cars and has a car for sale."

In other words, the guy is a time-waster.  Rather than look up the book value for the vehicle by checking out pricing guides, comparable sales, and the like, he just puts a price on it at whim, or better yet, no price at all, thinking he can "put one over" on people who actually collect cars and know their value.  As a result, the car sits for years more (and is likely why it sat for so long).

He gets lots of inquiries and calls, from people who (mistakenly) think they will get a good deal from him.   He equates this interest with value.   After all, if everyone is asking him if he is going to sell the car, it must be worth a lot of money!   But such is not the case, and oftentimes, such folks hang onto a car for years - decades even - as it slowly rots, until either inflation catches up with "their price" or their surviving spouse unloads the rusting piece of junk at a fire-sale price.

The article was written in 1971, so it seems this sort of behavior has been around since the dawn of time.   The best way to deal with time-wasters like this, is just to walk away.   When someone says, "Call for Price!" there are no bargains to be had.  When you call and they still can't tell you a firm price (other than they "turned down" an already realistic offer, or want you to "make an offer") then it is time to move on.

Just walk away from dreamers and their diamond mines......