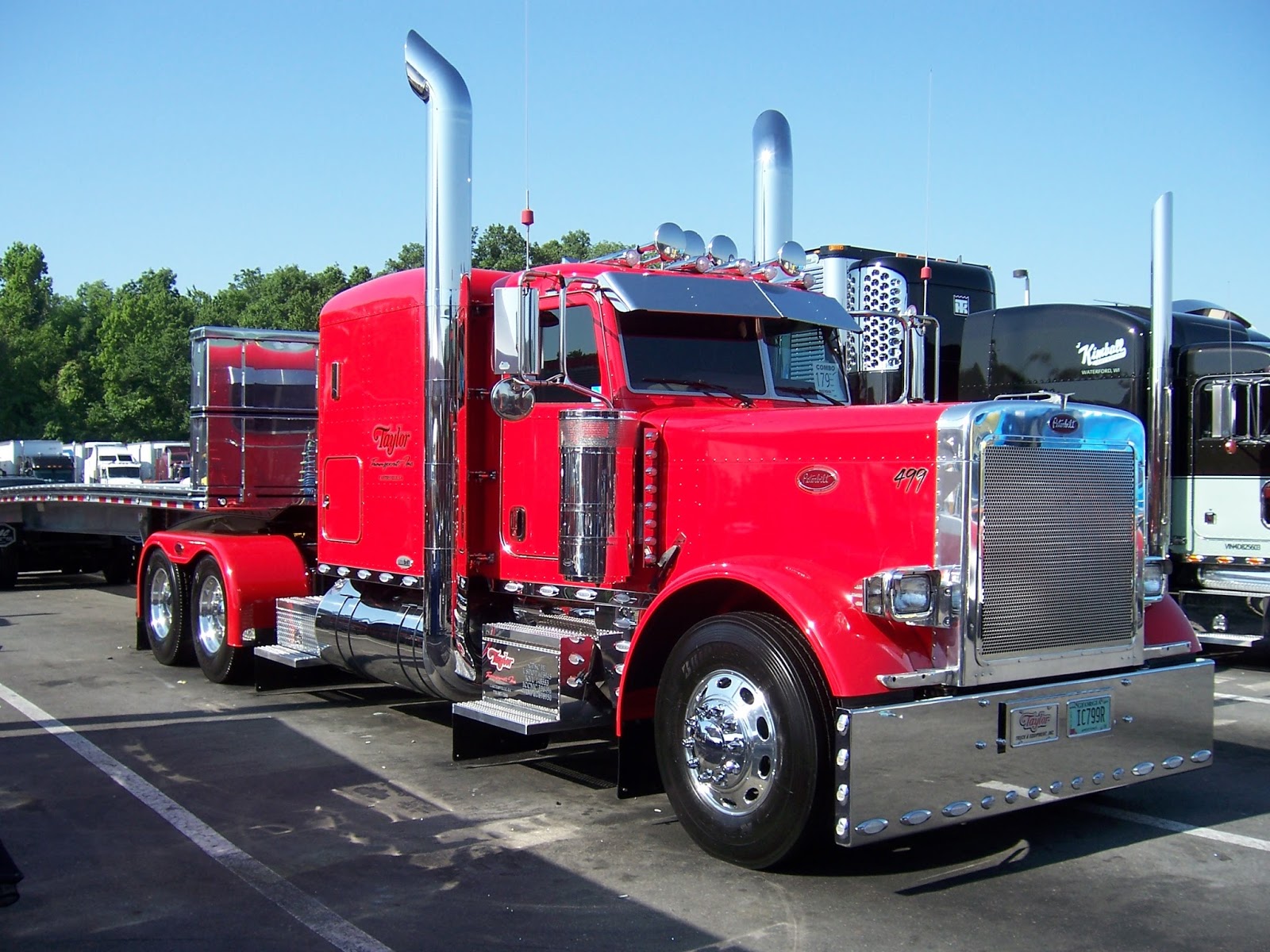 Some truckers decorate their trucks with thousands and thousands of dollars worth of chrome.

We were traveling with our camper trailer in Florida, and the "love bugs" are out.  These are obnoxious bugs that do not bite or eat crops, but just die, in large numbers, on the front of your car or camper.   And their blood and guts are acidic and will eat right through paint, as they did on my X5, when the previous owner drove it across "alligator alley" right after having the front-end repainted.

So I went to the truck stop car wash to get the bugs blasted off, and while I was there, I was gawking at some of the trucks there, that had every nut and bolt chromed, and the engines painted to match the truck - all so clean that you could eat right off them.  Although why you would, I don't know.

It got me to thinking as to why people do this - often people (like truckers) who don't really have a lot of money to spend.   Well, at least they claim they don't, anyway.   I hear sob stories all the time from truckers about how marginal the business has become and how difficult it is to make a buck in the trucking business.

But apparently, some are making enough to encrust their trucks with bling.   So business can't be that bad, I guess.

But it got me to thinking, why do people do this?  I mean, you are making a living from your truck, so it is a rational, logical proposition as to how much you spend on maintaining it.   If you want to optimize your financial outcome, you'll spend your money on oil changes and mechanical maintenance, keep the truck in good working order and reasonable appearance - and use the rest of your income (the profits) for yourself, your savings, and your living expenses.

But I guess it is like anything else.   Some folks want to have the most bad-ass camper in the campground, even if it means spending more on the camper than most people would on their homes.   Seriously, some folks with $500,000 campers live in $250,000 homes.

What ends up happening, I think, is this idea of one-upmanship which is based on status.   You see someone with a fancy truck, and you think, "I want to have a cool truck like him!" - and so you spend money at the chrome shop.   But no matter how much you spend, there will always be someone who spent more.   You start down this rabbit-hole, you never know where it will take you.

Decorating trucks, however, is not limited to the United States. 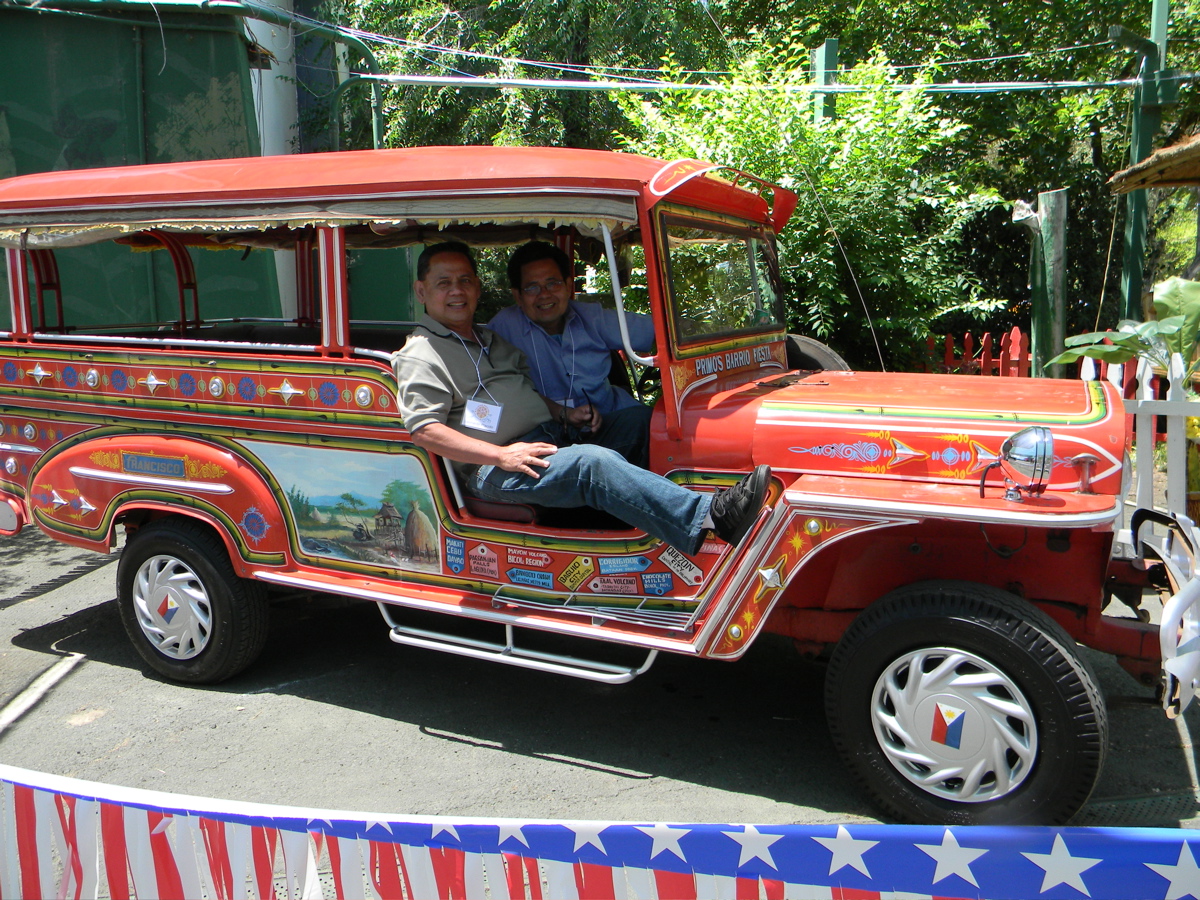 In the Phillipines, the "Jeepney" or Jitney was originally derived from left-over WWII Jeeps.  They were elongated into buses and then amazingly decorated. 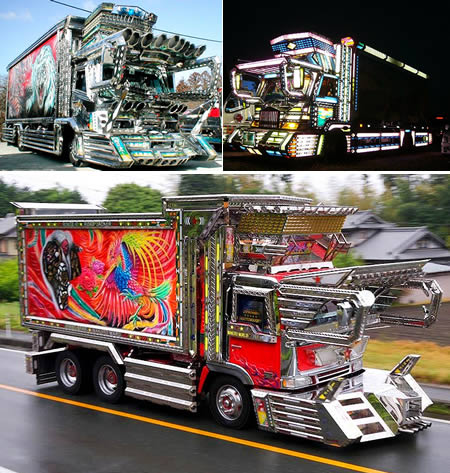 In Japan, they call them "Dekotora" or decorated trucks.  Sort of puts American Truck Bling to Shame!

When I was in Japan, they had similar trucks, and they even had their own television show, sort of like "BJ & The Bear" in the 1970s.  These truck drivers with crazy-decorated trucks would drive around and solve mysteries, and then come to the rescue, lights a-flashing. 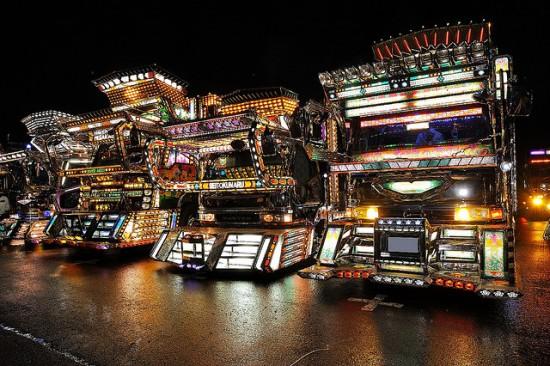 The Japanese, who invented the Pachinko Parlor, are also into Dekotora trucks.  And you wonder where the "Transformer" toy concept came from!  These really don't even look like trucks, anymore!


Even the lowly Mexicans like to decorate their rigs, although on a much more subdued scale in line with their standard of living (but how do the Filipinos afford it?).  Of course, India has its own unique form of "Truck Bling": 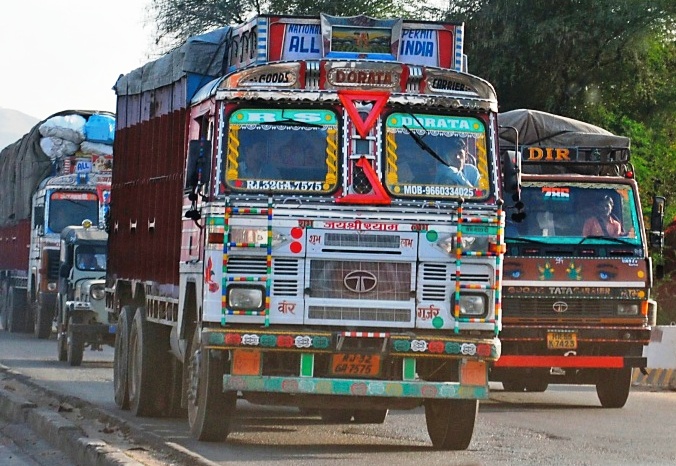 What is going on here?   Truck driving has never been a lucrative profession and some of the countries where people decorate trucks the most, have the lowest standards of living.  How can they possibly afford this?  And moreover, why?

Some of these modifications result in reduced performance to the truck, as they add weight, or add fragile, easily breakable chome doo-dads.   And needless to say, they require a lot of work to keep clean and shiny.
Now, granted, some of the trucks shown here might just be for show, and are never used for actual trucking.  Others, actually are.  It seems somewhat odd that something as utilitarian as a truck would become the object of decoration and obsession.

But while these rolling works are art are fascinating to look at, they represent a staggering loss to their owners.    Slathering your work rig with chrome and "beehive lights" is really just a waste of what little income you have.  Moreover, unless you can afford to really "do it up right" then it comes across as half-assed - if you only have a few lights and bits of chrome.

Some drivers, of course, are "full-timers" - they hit the road and never go back to a "home base".   Maybe their rig is their home and they want to spruce it up just so.

I dunno.  To me, if I was a truck driver, I would save that money for an engine overhaul (or even a new truck) rather than spend it on eye-candy.

And I suspect the people who start these huge trucking companies all started out with one truck.   And they saved their money and bought a second truck and hired a driver.   And when they made money from that, they bought a third truck, and hired a second driver.   And so on.   They plowed the money back into their business and got rich.

Others plow the money back into chrome and lights.   And they wonder why they are living hand-to-mouth and how "all the big companies" got to be so big.  Funny thing, but you never see truck bling on the company rigs, do you?