A Visit to the AT&T Store 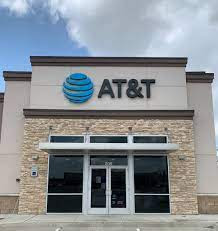 A visit to the AT&T store was a real eye-opener!

Anyway, the message from AT&T was along the lines of, "Please stop using your antiquated Motorola Flip-Phone, as it is so old, it is slowing down our network!  We'll give you a free phone if you'll just stop using that POS!"

But the catch was, we had to go to a physical store, and not get the new phone online.  What a waste of time and money for AT&T.  I could have gone online and just clicked on the phone, ordered it, and swapped the SIM myself.

The free phone (Alcatel) retails for $14.99 so it is about as valuable as a Styrofoam cup.

The offer was timely as my old flip-phone was starting to go south (sometimes going blank when you opened it or made a call) and I had already replaced the batteries on both of them more than once.  Flip phones have one weakness, and that is the flexible connector that connects the two halves.  Over time, it gets flaky.  So a new phone was on the horizon anyway.

We go to the AT&T store and have to wait nearly an hour to get waited on.   But the floor show was fabulous.  It was like the seventh circle of hell, with so many weeping and unhappy people coming in, with all their smart phone problems and complaints.

Very few people were actually buying new phones.  Most were coming in to complain that the service was spotty and that they could not get reception in the Squirrel Hollow Trailer Park.  I kid you not, a knot of rednecks came in, all wearing "duck commander" gear (what ever happened to "duck dynasty"?  Must be some trademark issue, I assume).   They were not really complaining about the service, but were having classic buyer's remorse, having signed a two-year contract for $150 a month (or more) for a smart phone and then realizing they had bought a $650 phone and were obligated to make payments on it forever.

Others simply were baffled by how these things worked and had to come to the store for instructions.   Average waiting time was 45 minutes or more.  Ouch.  Few people know most of the features smart phones have, or what features they are paying for.

For example, many people pay $30 a month or more for a service that allows their smart phone to act as a WiFi hotspot.   They never use this service or even know how to use it.   I was traveling with some smart phone friends and using my T-Mobile (how's that for old school) WiFi hotspot, which costs me $35 for two months, when I am on vacation (and nothing, the rest of the year).   They were piggybacking off my hotspot and I complained that they had their own internet access.  But they feigned ignorance about that as they did not know how to use that feature.  But they were paying for it!  I could see their hot-spots listed on my laptop!

But that was the typical sort of thing we saw there and it was kind of sad how unhappy most of the people in the store were.  They paid a lot of money for smart phones and were now unhappy that they were not getting their money's worth.

On the other hand, as I explained to the clerk (after the duck monkey people screamed at him for a half-hour and then left), we felt happy with our service, even if it was crappy, as we didn't pay much for it.   If a call gets dropped, we figure, "Oh well, whaddya want for a hundred bucks a year?"

AT&T had to work pretty hard for that five-dollar sale!

But the interesting thing I took away from this was that the folks who spent more seemed less and less happy.   And this reflects my experience over the last 30 years with technology.   When I spend a lot of a piece of techno-crap, whether it is a computer or a BMW, I am disappointed when it doesn't work exactly as advertised.   Buyer's remorse is common.

But when I get a good deal, well, I am willing to tolerate some slack.   My cheap Japanese pickup truck isn't all that hot.  But I didn't pay a lot for it, either.   My NetTalk phone device crapped out after a month.  They sent me a new one for free.   No big deal - I only pay $30 a year for the service.

Sometimes less is more.   Actually, less is more all the time.   When your expectations are low and you don't pay a lot for something, you are always getting pleasant surprises and ignoring difficulties.   When you pay top dollar, well, you are always disappointed, and even when it works perfectly, well, you are merely satisfied, not pleased.   After all, expensive things should always work as advertised, all the time, right?

I hope I never have to go back to the AT&T store.  The level of angst and frustration was alarming.  People were shooting off pheromones of aggression and worry.  It is not a happy place.  Bad Feng Shui!
UPDATE:  I have since learned that there are two types of AT&T stores - the "real" stores run by AT&T and "franchise" stores where everyone is on commission selling "plans".  You may also see this at the wholesale club where some fresh-faced young man approaches you, claiming to save you money on a new plan.  These are just salesmen on commission.
During my last trip to the "franchise" AT&T store to get my poverty internet hotspot, the store look sad - not many phones on display and the sales people were clueless - telling me point blank that the Affordable Communications Act didn't exist and that the e-mails I got from AT&T were just a scam.
Don't bother going to a "franchise" store - go to a real store.   But it can be hard to tell the difference!