Linking is Not a Crime! 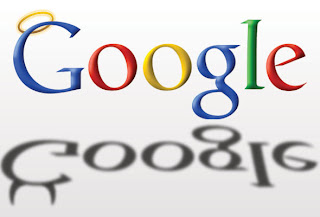 Is Google good or evil?  Or is it run by Doctor Evil?   I think today, more of the latter.


I recently received an odd e-mail from a company that complained that I linked to their site, and as a result, Google was removing them from their search engine listings, as they had too many "unnatural" links.

What the heck are "unnatural links" anyway?   This site (which I am unnaturally linking to) explains it further.

Simply stated, Google doesn't like websites which have a lot of links from other websites.   Google thinks that the site owner is trying to Search Engine Optimize (SEO) his site by creating fake links from a number of other sites (listing order in search engines is often predicated on how many sites link to the site in question).

If Google thinks you are trying to game their search engine algorithms, they will send you a nasty note and then threaten to remove you from their search results (so much for Google showing you the world, right?).

I removed the link as a favor to the site owner,  and also googled "unnatural links penalty" - which was an interesting education.  Google certainly throws its weight around these days.  I am not sure what the point of these penalties are.

Time was, people were happy if you linked to their site, as it generated traffic.  I guess today, Google wants to dominate the search engine field, and doesn't want anyone finding a site except through them.   Pretty weird stuff.

How odd that Google has its own laws, like a separate country.   I am surprised someone doesn't sue them over this.

It raises some interesting questions.   For example, a competitor could set up a bunch of these kind of links and then get someone else's site shut down from the search engines.   Google's policy could be used maliciously.

What is chilling to me is that Google's policies, once again, end up curtailing discussion and research on the Internet.  The link in question was to a company that sold salt, and had an article about sodium and its effect on blood pressure.   I was citing that link in a discussion about salt and diet - and not trying to "steer" people to their site for commercial gain.

These "unnatural link penalties" have the chilling effect of curtailing debate.  If a company sells a controversial product on their site, and a lot of bloggers and websites link  to it, then that site may be removed by Google from search engine results.

For example, suppose a lot of "Right to Life" people decide to write blog entries about Planned Parenthood or some Abortion Clinic.   The plurality of links would trigger one of these audits and a shutdown of that site on the Google search engine.   The net result would be that those seeking information about abortion would find nothing on Google, except from "Right to Life" sites.

I wonder what ever happened to Google's slogan of "Don't be Evil"????

Maybe it is time to look at Microsoft and MSN again.

But they are no better.  If you buy a new computer running Windows 8, you are basically forced to set up a Microsoft account, if you want to use any of the features or apps (such as Skype).   Everyone in the tech business is trying to bully us, one way or another.

Maybe it is just time to walk away from the Internet?   It was fun while it lasted - until three major Corporations (Microsoft, Google, and Apple) decided to make it proprietary and completely and utterly destroy it.