It's Good to Be a Plebe (the Wal-Mart Lifestyle) 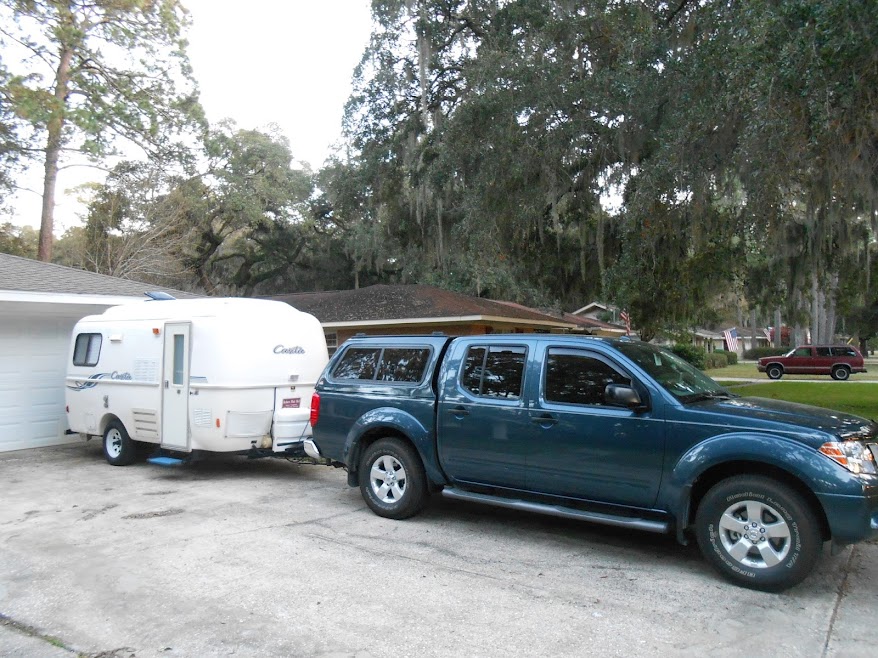 People laugh at our tiny camper and cheap Japanese pickup truck.   But being a plebe has its advantages.


We had another garage sale this weekend.   We made $861 or so, selling off a lot of stuff we weren't using and would have no intention of using.   That is the simple test for me - if something has been languishing in a closet or attic or in a box or tote for a year or more, chances are, it is time to sell it.

For example, I had this nice framed set of antique postcards of Coastal Georgia.  It was beautifully framed and all, and it hung in my office for five years or so.  But then I took it down to hang something else, and it never was hung up again.   It languished in a closet for two years.   I realized that it would get ruined by dampness if I left it there any longer, so I sold it to a neighbor down the street who collects antique postcards, for less than half what I paid for it.

Could I have gotten more money for it?  Maybe.   Maybe not.   The point is, I have more money in my pocket than I would have, if I had decided it was "worth something" and let it moulder in the closet a few more years (until it grew fur).   Better off to liquidate unused stuff and move on than to hoard.

The interesting thing about the garage sale was the people.  Many were guests on the island, staying in rented home or campers, many arriving by "buggy" (modified golf cart) which as I noted in an earlier post, is viewed as the height of amusement for rednecks in Georgia.

Don't get me wrong, they were nice people and all, just not very bright.   For example, they all thought we were poor, as we were selling off stuff, and didn't have a fancy bus motorhome camper and all.   One told me that he "had to have" a 40-foot camper, as you can't go camping for more than a week or so in "one of those little ones."

I bit my tongue and didn't mention that we spend about four months a year in our tiny camper (shown above) which is smaller than a Supermax prison cell (which are single occupancy).  Of course, we can be paroled at any time, which makes a difference.

Sometimes, though, I think it is good to be a plebe, and let people think you are poor.   It is better than pretending you are rich by borrowing tons of money to buy shit - and then having people resent you for having apparent wealth.

And the honest truth is, you can live quite well in this country, on not a lot of money.   Most people chose not to, of course - they spend as much as possible, buying "upscale" goods, or just shopping for crap and jamming their houses with junk (which then needs to be sold at a garage sale, lest you become a hoarder!).

I had the oil changed the other day at a 10-minute lube place.  They did a good job and even hand-washed the truck, all for $38.   Try that at a BMW dealer.   Even changing the oil myself on the X5 meant mail-ordering prescription motor oil (all 8 quarts of it) and filters.  Throw in prescription tires and premium gas, and you've got a vehicle which, although it is very nice, costs a lot more to own than a more pedestrian make, for no apparent gain or reason.

Living below your income and wealth level isn't a bad thing.  You fly under the radar, and you can take advantage of some stellar bargains out there.  And it allows you to live as a human being, as opposed to working all day as a consumer.

When we went to the AT&T store recently, to get our free replacement GoPhones, some of the other people there no doubt thought we were "poor" as we could not "afford" a smart phone with a texting plan, as they could.   And it is kind of fun, to live this charade, letting people "look down on you" as not having status items and such.   And sometimes it plays to your advantage, as folks think you are broke, and then offer you better deals.

But it also points out how some folks spend money to gain what they perceive to be status.   Whipping out a new smart phone (this year's model, please, not some crappy POS from 12 months ago!) is a sign you can afford to buy one and pay for the plan - or so you think.   And I don't know how many people have told me that one reason I don't have a smart phone is that I can't "afford one".   And frankly, it is good to keep people thinking that.

Many people, of course, simply cannot imagine not wanting status or status items.   Steve Inskeep, as I noted before, made an idiotic comment about how Friars would covet cell phones:

"On NPR this morning, was a story that had an offhand comment which typically illustrates the problem.  The interviewee, predictably hawking a book, tells of how he spent time with various religions, including a time with some Franciscan Friars, who have taken a vow of poverty.

The interviewer, Steve Inskeep, an NPR intellectual lightweight if there ever was one, says something stupid like, "Don't you just ever wonder if those monks wake up every morning just wanting a new iPhone 4? Tee-Hee-Hee!"

Hey, Steve, first of all, they are Friars, not Monks.  Second, no, there are a lot of people who don't want to consume and don't feel the need to own things as an indicia of their self-worth.  NPR airheads, of course, are not among them."

The sad thing is, I recently heard an interview with Steve Inskeep, where he was the interviewee, not the interviewer.   And a funny thing, once he reset his voice from "Morning Edition Giggle Simper" mode to real-life, he really came across as a serious person.   NPR must force him to make these inane comments.  Maybe not.  I wonder how he can live with himself.  Once again, I digress....

The point is (and I did have one) is that most people simply cannot conceive of not wanting more and more stuff and assume that anyone who doesn't have more stuff is simply poor or stupid.

Right there is a little nugget of truth, and one of those "secrets of how to get ahead" that the con-artists selling seminars and books promise to deliver but never do.   If you can just go against the herd mentality of humanity and see things as they are, you will do very well in life.

And part and parcel of that is turning away from status and things and trying to impress people you don't even know.

We live the Wal-Mart lifestyle.   This is not to say that everything we own is cheap or bought at Wal-Mart, only that we don't eschew bargains simply because of status.   We are selective, spending money where it counts, and cutting corners where it doesn't.   There is no point at buying toilet paper at the high-end grocery store.  On the other hand, they have a nice selection of cheeses.

I noted before about a friend who was running out of money and asked me for financial help.   It turned out they didn't want my advice so much as they wanted my money.   I gave them advice, which they rejected.  I did not give them money, of course.

Why?  Well, one thing they did was shop at high-end stores, as they thought that was their right and privilege in their station in life.   "Shop at Wal-Mart?" they said, "I would never set foot in the place!"

And so on down the line.   They were so obsessed with preserving status in their lives that they spent themselves into the poorhouse.   And whose fault it that?

Eschew status.  Live like a plebe.  It ain't so bad, in fact, it is better.